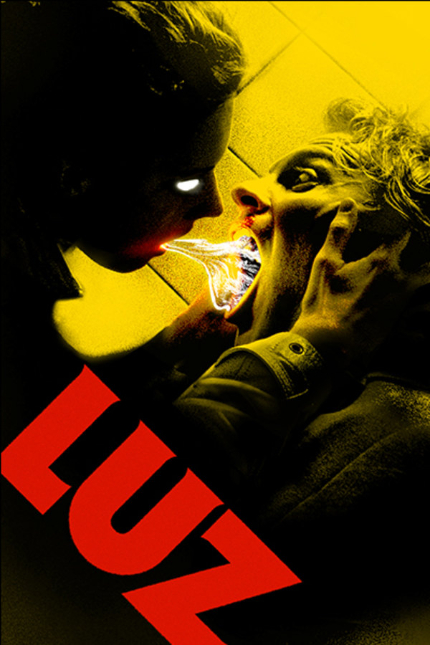 "A demon or some kind of evil entity travels from a Chilean boarding school to a German Police station to ensnare the woman it desires to possess," began our own Kurt Halfyard in his review from Fantasia 2018. "The simplicity of the basic story kernel belies the stylish and convoluted manner in which things are told in Tilman Singer's debut feature film."

Kurt concluded: "Luz is the kind of filmmaking that is disturbing precisely because it is confusing, and it aims to pull you down the into vortex of the writer-director's headspace. In the inevitable conversations that occur after witnessing a film such as this, I have heard intimations that the film is about love. I do not subscribe to this. I think the film is about sex, the zesty and sweaty kind. It is about possession, figuratively and literally, in the most toxic of ways. And this movie invites its audience to be complicit in its crimes."

Shudder's own description of the film is more curt: "In this slick, stylish, disturbing horror, Luz is a young cab driver fleeing from the grasp of a possessed woman, whose confession could endanger the lives of everyone who crosses her path."

Would you like to see more? Check out the trailer below and/or visit Shudder on a device of your choosing.