Notes on Streaming: WE ARE LEGENDS, Brothers in Hong Kong MMA Fighting

A scrappy and satisfying action-family picture, inspired by a real-life fighter. 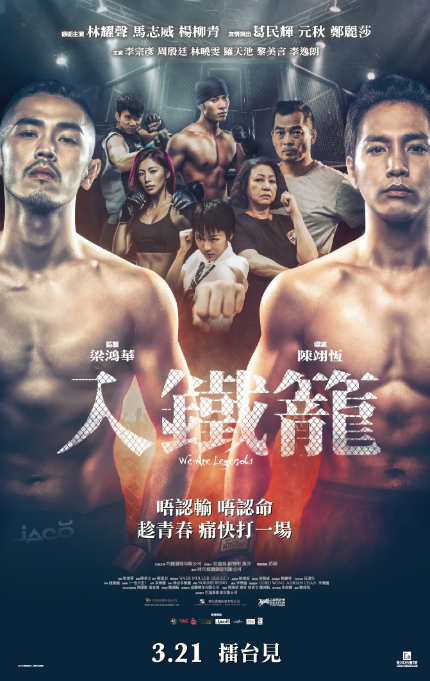 I'm no expert, but even as an outsider, it's obvious that the Hong Kong film scene has changed dramatically over the past two decades. Thus, it's a sheer pleasure to encounter a scrappy and satisfying picture that proudly manifests the spirit of its local cinema forebears.

We Are Legends
Now streaming on Netflix.

Attention, fight fans: this is primarily a boxing picture, and it's jam-packed with extended training and MMA matches. Yet it's woven together with the surprisingly well-told and performed story of a family that stays together by fighting together.

Directed and written by Daniel Yee Heng Chan, We Are Legends shows off the glory and the grit of modern-day Hong Kong, as beautifully photographed by Wade Muller (Triad). Inspired by real-life boxer (Dixin Xiong), the story follows two brothers who deal with poverty by developing opposing theories on fighting.

Older brother Jack (Edward Ma) is an amateur MMA fighter who aims to go pro. He accepts responsibility for his gruff father Eric (Eric Kot Man-Fai), disabled due to a stroke. He maintains a good relationship with his girlfriend Lily (Lisa Cheng), a jiu jitsu instructor and aspiring fighter herself. He accepts the training provided by Simo (Yuen Qiu), his father's sister and also a widow of the fight game.

Younger brother Bunny (Lam Yiu-Sing), aka The Energizer Bunny, applies his natural talents as a fighter in underground matches, making money but not much goodwill. When Bunny returns home after a lengthy period of estrangement, he is greeted by Jack with angry, long held resentments.

Properly humbled, Bunny slowly starts to re-establish his bona fides with Jack, Lily, Simo and Eric. The turning point for the family comes when Jack gets a match with Jason (Jason Li), another cocky amateur boxer, but one with financial backing and an even tougher attitude than Jack.

The film received a brief theatrical release in March, and is now freshly available on Netflix globally. What makes it stand out, even if you are not a lover of MMA matches, is the varying relationships within the family, which have the ring of truth. The cast is not familiar to me, which makes them all fresh faces who reinforce the authenticity of the story.