Notes on Streaming: Enjoy a Sampler Trio by Hong Sang-soo 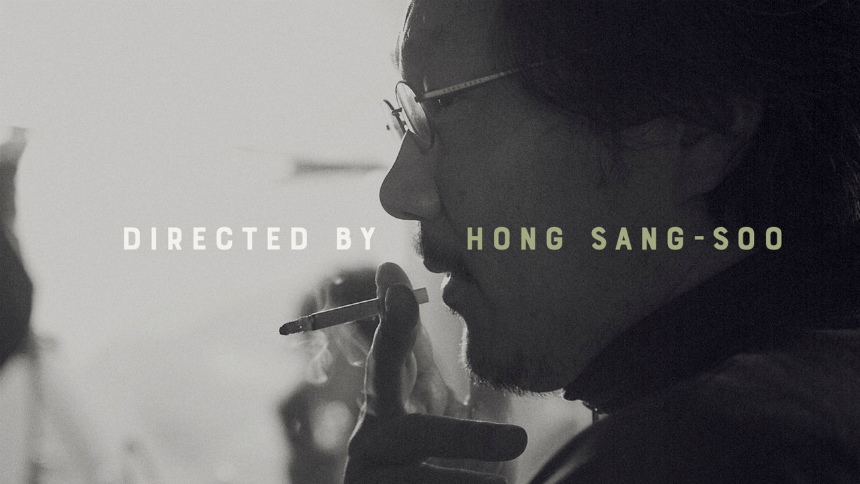 For our friends in Korea, as well as our comrades who are faithful major festival attendees elsewhere, Hong Sang-soo may be considered 'old hat,' a familiar and established presence on the arthouse circuit.

For those of us who are homebodies on a budget, the Criterion Channel has a wonderful treat: three of Hong's films recently debuted on the streaming service. As it happens, our own Pierce Conran, who has lived in South Korea for some years now, reviewed each of those films, bringing additional insight and perspective.

As for myself, I first became aware of Hong because of On the Occasion of Remembering the Turning Gate (2002), but it wasn't easy to see Hong's films in those days, unless one could invest in DVDs and/or attend festivals where his films might be shown. Things remained the same into the Blu-ray era, but lately streaming is opening up more possibilities.

I'm very glad to have some idea of what Hong has been doing in the past decade. (He has made more than 20 films!) All three titles were acquired for U.S. distribution by Cinema Guild last year; since Cinema Guild is a licensor, I look forward to exploring more of their titles on the Criterion Channel.

Collected together as "Directed by Hong Sang-soo" (click directly here), I began by watching "Introducing Hong Sang-soo," a visual essay by Phillip Lopate that provides a 10-minute overview of the director.

The Day He Arrives
Now streaming on The Criterion Channel.

On the Beach At Night Alone
Now streaming on The Criterion Channel.

Do you feel this content is inappropriate or infringes upon your rights? Click here to report it, or see our DMCA policy.
Criterion ChannelHong Sang-sooKoreaPierce ConranSouth Korea

More about The Day He Arrives

More about On the Beach Alone at Night