Friday One Sheet: THE NIGHTINGALE 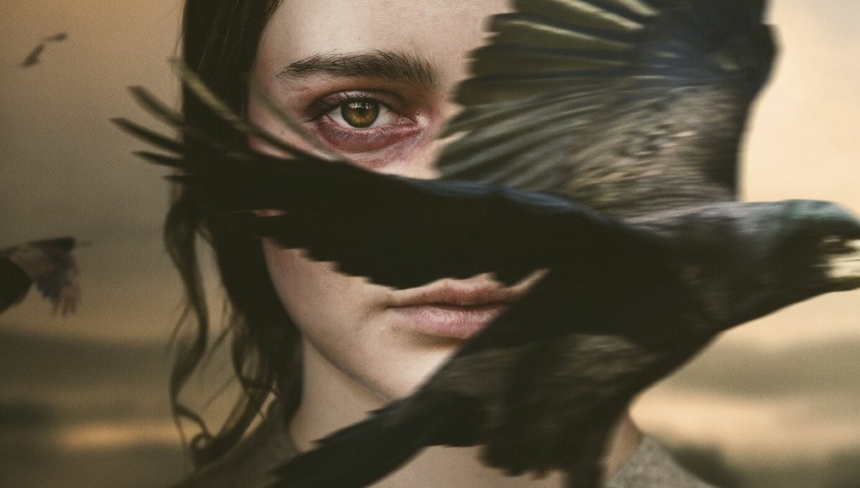 I am not sure if there will be a metaphysical element to The Nightingale, but given it is from Ms. Kent, and it takes place in the Tasmanian wilderness in the 19th century, I will hazard a guess.  The film is a period revenge picture and has been trickling out onto the festival circuit since August last year since its debut at Venice. This new poster, coming at the vanguard of its August 2019 commercial release, certainly promises The VVitch (by typesetting) in equal measure to Thelma (by image).

Unlike many 'horror' posters, which mix gore, terror, and sex appeal, there is nothing glamourous about the bloodied eye and the tousled brown hair in the picture, rendered in sharp, detailed close-up, only to be blocked by the slightly out of fame, and slightly out of focus eponymous avian. Other nightingales gather in the background.

I am not sure if it is Alfred Hitchcock, or Stephen King, or just the uncanny way in which birds seem to form patterns with large flocks in flight, or how a flock can 'take over spaces' when they all perch. The sparse swirl of nightingales in the poster below here engender that effect. 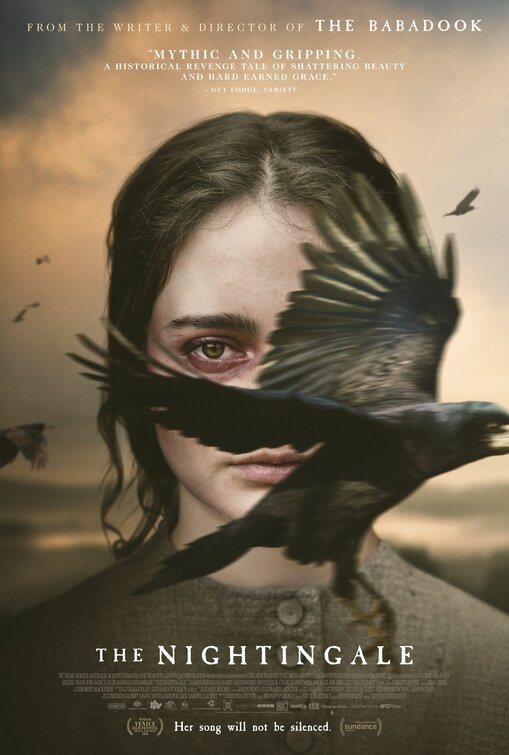