THE LIGHTHOUSE: What We Know About Robert Eggers' Mysterious New Film 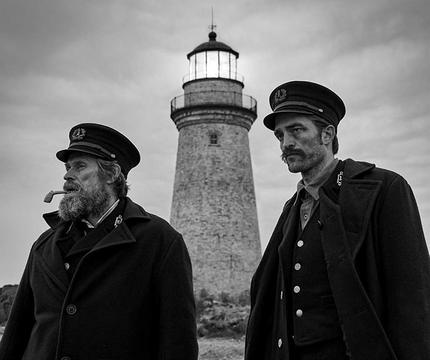 Billed as a fantasy/horror/drama, Robert Eggers' (The Witch) next film looks to be a sparsely populated, black and white historical piece centered around two men and a Nova Scotia lighthouse. It was co-written with Max Eggers.

Currently, the film only lists two actors: Willem Dafoe, who plays a character named "Old", and Robert Pattinson who, if I were to wager a guess based on his costuming, is either his protégé or his son.

In case there was any doubt that Eggers was a stickler for creating a sense of authenticity, Pattinson and Dafoe recently confirmed that filming conditions for The Lighthouse were "harsh" and the two hardly talked outside of their scenes together. In an interview with Interview Magazine, Pattison even claimed he wanted to punch Eggers for how obsessive he was.

Eggers also stood firm on refusing to photograph the film on anything but 35mm black and white film, eschewing the recommendation to film on digital and convert in post.

A24 Films, which also distributed The Witch, will distribute the The Lighthouse following its premiere next month at the Cannes Film Festival.

Do you feel this content is inappropriate or infringes upon your rights? Click here to report it, or see our DMCA policy.
A24CannesRobert EggersRobert PattinsonThe LighthouseThe WitchWillem Dafoe