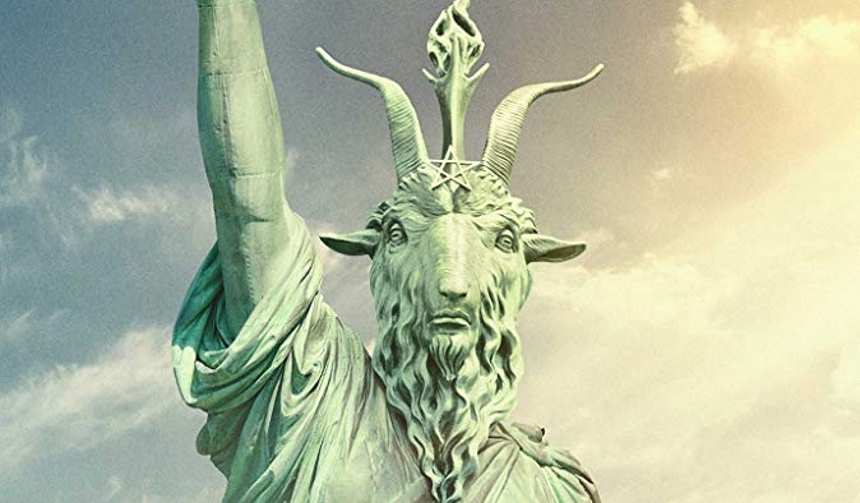 Leaving neon behind for a spell, and focusing on the dark lord himself, this week's key art is from Penny Lane's documentary that focuses on the religious group, The Satanic Temple.

Hail Satan? still cheekily catches the eye with its subversion of the Statue of Liberty and other iconography of democracy. But for me, it grabbed my attention with the question mark in the title, and the nice 'touch' of having the Baphomet statue pointing, "As Above, so Below" to the title text on the poster.  What can I say? I like punctuation in my movie titles!

The upper tagline further expounds on the 'legal rights' for equality of religious freedoms even for churches that people feel are undesirable, as long as they are not breaking any overt laws.  The lower tagline "The Devil's Work Is Never Done." also indicates (along with the graphics) that there will be a sense of humour about the whole discussion taking place in the film.

Penny Lane previously directed another documentary called Nuts which was, "the mostly true story of Dr. John Romulus Brinkley, an eccentric genius who built an empire with his goat-testicle impotence cure and a million-watt radio station."

So there you go. 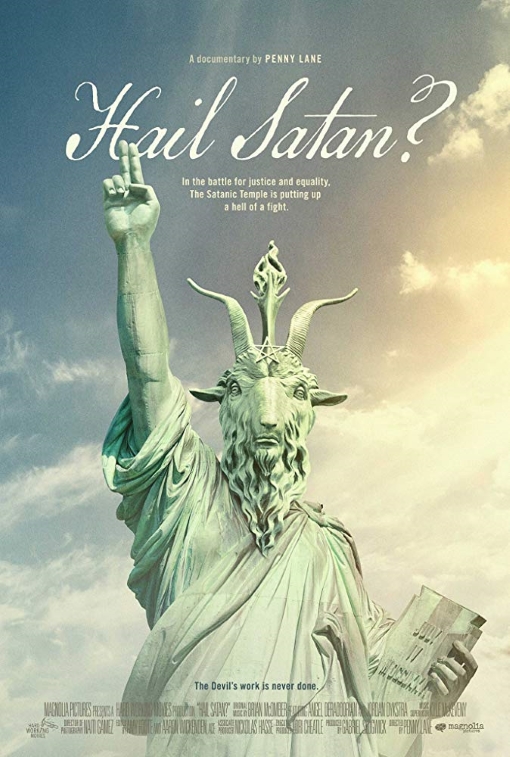 Do you feel this content is inappropriate or infringes upon your rights? Click here to report it, or see our DMCA policy.
Documentaryfriday one sheetKey ArtOne SheetPenny LanePosterSatan