The Leiden International Film Festival came to a close on Sunday November 11 but we were lucky enough to attend its final weekend, which was jam-packed with quality films.

The festival, taking place in a college town in South Holland and the convivial atmosphere of Trianon and Kijkhuis -- beautifully restored old-world cinemas -- draws a diverse and large crowd. Now in its thirteenth year, this prominent festival in the Netherlands shows no signs of slowing down thanks to dedicated volunteers and careful curating that doesn’t turn a blind eye to the eclecticism of the city it’s based in.

We (obviously) sampled the newly-minted Bonkers category, dedicated to unclassifiable and innovative works that are unafraid to go beyond the pale, but also explored the American Indies and Panorama (world cinema) sections of the program. Below you’ll find short appreciations of Profile, Upgrade, Thunder Road and The Sisters Brothers as well as links to full reviews we published earlier this year. 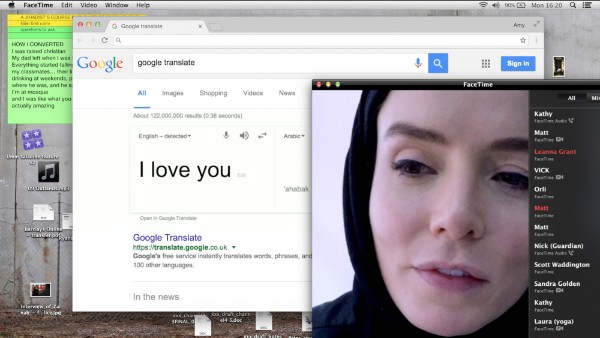 The first in our (self-composed) Friday night double bill was Timur Bekmambetov’s Profile. Chiefly interested in the mechanics of manipulation, Profile centers on undercover journalist Amy Whittaker, who tries to get a scoop on ISIS’ online recruitment methods by pretending she’s a recently converted Muslim contemplating radicalization and a trip to Raqqa.

The dangerous plan involves her setting up a fake Facebook account, which pays off as Abu Bilel Al-Britani takes notice of her likes as well as the messages she shares, and he begins grooming her for the journey. What unfolds is not a story about terrorism or ideology but rather a game of seduction: a relentless cat-and-mouse thriller in which the line between predator and prey is increasingly blurred.

The Russian-Kazakh filmmaker eschews the explosive thrills of Wanted and the atmospheric chills of Night Watch for an engrossing desktop experience. He keeps audiences glued to the multiple screens we’re accustomed to living through on a daily basis (primarily Facebook and Skype, but other applications and websites are open in the background). Profile counts on the viewer’s speedy intake of info from various simultaneous sources to gain an understanding of Amy’s social life, puzzle the disparate pieces into a greater whole and to generate suspense.

The result is a frighteningly realistic horror film about how easily a person can be coaxed into imperceptibly cutting the ties that bind us for the promise of a better life, companionship and in order to fill a void we may have been responsible in creating. (Kurt Halfyard explored the film in greater depth in his Fantasia 2018 review of the film.) 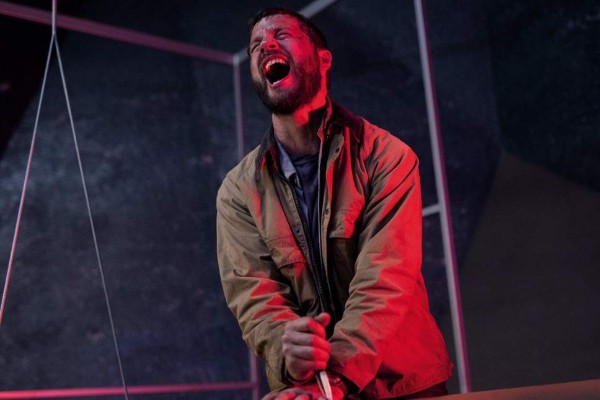 Compared to Bekmambetov’s bold approach to storytelling, Upgrade is as straightforward a film as one can imagine. It doesn’t do anything particularly fresh and doesn’t shoot for the stars, but anyone in the mood for well-orchestrated action spectacle that's packaged in incredibly slick production design should be satiated (if you can stomach the grisly kills).

Set in a technologically advanced society in which self-driving cars, omnipresent security drones and biomodification are a regular part of daily life (essentially the Deus Ex universe), Grey (Logan Marshall-Green) loses his wife at the hands of thugs. The assault renders him paraplegic but not for long thanks to the Stem chip his friend Eron implants. Not only does Grey regain control over his motor functions, he’s augmented and more capable than ever courtesy of a handy feature that allows Stem to ‘assume control’. Freed from his wheelchair the Terminator 2.0 is ready for vengeance.

With a lean run-time of about 90 minutes Upgrade can get a bit repetitive as Grey works his way through three different ‘rounds’ of bad guys before arriving at the final confrontation with the mastermind behind his misfortune (a reveal that’s never all that surprising to begin with). But Leigh Whannell wouldn’t be the writer of Saw and Insidious if he didn’t have an extra twist or two up his sleeve.

In the end, it’s no game-changer and Upgrade settles for being a parable about the dangers of (autonomically functioning) technology and rogue AI while also celebrating the badass improvements high-tech can bring about. Don’t overthink it. Just sit back and enjoy the sharply choreographed fight scenes instead. (For more on Upgrade, check Josh Hurtado’s review of the film.) 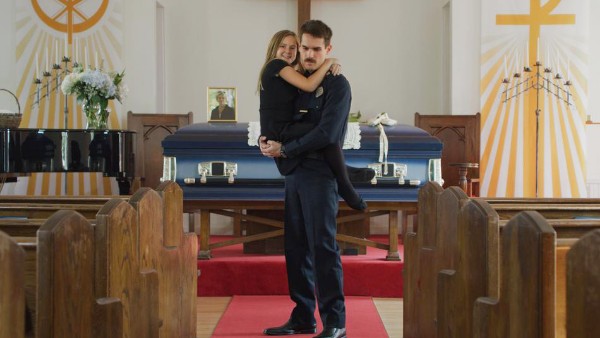 The life of officer Jim Arnaud is no walk in the park but in Thunder Road writer, director and performer Jim Cummings transforms his ordeal into one of the must-see films of 2018.

Largely comprised of a series of long takes that progressively zoom in on the protagonist (without calling attention to themselves), Thunder Road threads the tragicomic tightrope with aplomb. It does so from a staggering opening eulogy that sees a grief-struck man falling apart over the loss of his mother all the way through to his struggle with feelings of parental inadequacy, divorce proceedings and the prospect of losing custody over his only daughter, Crystal.

Arnaud is one of the most singularly intriguing characters you’re likely to discover on a 2018 screen. Erratic, emotionally all over the place and prone to losing his train of thought at the drop of a dime, he’s a discombobulated man who’s recognizably human and, in Cummings’ capable hands, elicits nothing but empathy and affection from the viewer. Thunder Road is the achingly rendered depiction of his gradual implosion as life cruelly crumbles, but also a bittersweet beauty that understands how humor is the best medicine for heartache. (For an excellent take on the film, read Zach Gayne’s full review.) 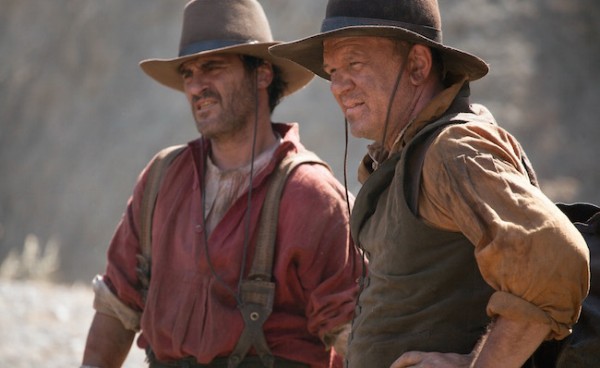 Also not without an occasional laugh but decidedly not a comedy is The Sisters Brothers, Jacques Audiard’s offbeat take on the western to formulate a meditation on the necessity of change.

Set in the 19th century this is the Old West with a wind of modernization sweeping the plains. A road-trip movie that’s also a journey towards progress, The Sisters Brothers tells the story of Eli (John C. Reilly) and Charlie Sister (Joaquin Phoenix), two hired guns on the tale of Hermann Kermit Warm (Riz Ahmed), a prospector accused of having stolen a formula that would greatly facilitate the detection of gold in a river bed.

Eli is mild-mannered and ready to hang up his cowboy hat, retiring from the life of violence his brother clings onto with all he’s got (whenever he’s not drunkenly tumbling out of his saddle). While the former is looking for a degree of refinement and what it means to be civil Charlie is perfectly fine with the coarser same-old, same-old.

The film quickly establishes this dynamic of growing friction and introduces Jake Gyllenhaal as tracker John Morris, tasked with apprehending Worm until the Sisters brothers can take over. Morris takes a liking to Warm and his idealistic plan to use the gold he aims to find in order to establish a peaceful and democratic community free from greed and violence. The pair sets off on their own with the Sisters Brothers hot on their heels.

Jacques Audiard’s latest is a mostly excellent film about men of different moralities trying to find a way to coexist and better themselves as they struggle with mankind’s worst ways (greed and the penchant for bloodshed chief among them). The Sisters Brothers is only slightly hampered by the tendency to hammer home its message once the two pairs inevitable cross paths. The character-driven plot perhaps warranted a shorter run-time but The Sisters Brothers remains a thoroughly enjoyable experience that benefits from the subtlety its ace cast delivers in spades. (For more on The Sisters Brothers, check Teresa Nieman’s Vancouver coverage)