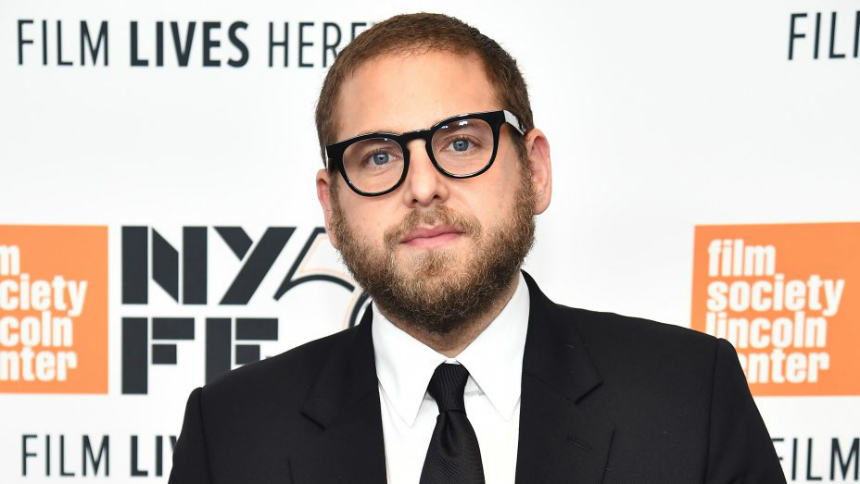 Jonah Hill’s directorial debut may be called Mid90s, but that doesn’t mean you need to consider the decade the object of your specific nostalgia to feel this film deeply. As it happens, the film does speak to my exact zeitgeist, but that has little to do with my connection to the work.

Yes, like the film’s baby faced protagonist, Stevie, I too was around 13 years old in 1995, but more to the point, like countless other former-tweens from varying eras, I wanted very much to fit in with the cool kids, particularly as defined by danger-seeking elders who knew things.

Discovering what those things were was the task at hand, and ultimately, to be accepted by those you aspired to be; to join the tribe of your choosing. Skate culture - like Beat, like Punk - offered one counter to the mainstream and provided glimpses of hope for misfits everywhere who found comradery amidst societal rejects; those who dared to live a life of their own choosing.

It’s not a story specific to Jonah Hill's youth, or mine -- though my generation does take a certain gratitude in having come of age in an era un-littered by screens -- but it is a story that looks great in a 4:3 aspect ratio, and one that I’d imagine would nicely adorn a vintage cube TV upon its 1996 home video release.

Mid90s is a timeless tale of that sacred rite of passage, where only through braving fires can we come into ourselves. With a bright young cast of the type of real, charismatic faces that made Larry Clark films so believable, Hill’s directorial debut is an unsentimental look back, and one chock full of heart. Yes, it will scratch that nostalgic itch with Discmans and Street FIghters galore, but the film isn’t interested in reminiscing about artifacts through rose-tinted glasses. When the film reminisces, it’s for the bad times, the literal growing pains of taking rough falls, as Hill defines growth in how you pick yourself up.

It’s about how one seemingly simple skate compilation can end up being an almost unbearably bittersweet glimpse of the past, or of blossoming forces to be reckoned with in the midst of actively figuring it all out in that vulnerable time before potential gives way to destiny. Not to get all Bazin, but if cinema is a death-mask, then a home movie is an inevitably antiquated treasure. Mid90s is both.

I was looking forward to discussing these things with Hill at the New York Film Festival, where Mid90s enjoyed the festival’s coveted Secret Screening slot, but sadly had to leave town early on an overnight bus back to Toronto. After a less-than-pleasant journey, I was able to get home, caffeinate, and connect with Mr. Hill to ask the neophyte director a few questions about one of my favourite films of the year.

ScreenAnarchy: Am I coming through?

Jonah Hill: How are you my friend?

I am well, thank you. I just got off an overnight bus, but I'm doing okay.

Yeah... (shudders) ... no, it's alright, I'm used to it… So anyway, to start with the obvious, you've spent most of your life in front of a camera. How does it feel to have now made a film? Was the experience what you expected?

You see, like, Mike Nichols or Barry Levinson or people that are my heroes, you see what they put into their first films and I knew that this was my one shot to put everything, you know, to make sure I gave it my all.

For somebody who's been on so many sets, were the experiences night and day?

No, the set didn't feel different, it's just your responsibilities are different, you know? And as an actor, you're not the painter, you're a really important color in a painting, and I can be a great green, but if the director wants to paint purple over it, that's what they're gonna do, you know?

And for me, I love being a great green, but to me it's really special to paint the whole painting.

How long has this film been simmering in you? Can you remember the night it even occurred to you? How far back was that?

It was exactly four years ago, from conception to release. And it's just my everything. It's my, you know, when I was alone or sad or angry, you know, I would write Mid90s in my room? And so the fact that it's actually a film that you and I are talking about, it's just amazing.

Well congratulations. I think you really pulled it off with flying colors.

Thank you so much.

My pleasure. Do you have friends from back in the day, who you're wondering what will think of this film? Or maybe that you're even still in touch with?

Oh yeah, like all my friends from when I used to skate back in the day have either seen it or are going to come to the LA premiere.

Yeah. And it's been amazing to show them, like, even turning the courthouse and all that back to 1995, like, they just can't believe how, you know, to me the thing I can say is like, how real it feels, you know? If you were there, you're like, "What the fuck!"

That's cool. Do you think they recognize aspects of a teenage undeveloped Jonah?

It's not me, it's not me at all. It's in no way a bio-pic, it's a story I wrote with characters I created. I'm finding that the way kids speak to each other, the way everything looked, the emotions, the style of speech, you know, that feels like you're at that time in that scene. You know?

Right. Well, I mean, given that this isn't biography, nevertheless, what would you say is the most personal thing about this film?

I think the thing that's most personal in it is what it feels like to maneuver through the animal kingdom, you know, to like, want, feel on the outside, to find a group that you want to be accepted by in the community, and the steps it takes and the falls you take in order to work your way into a group of loved friends.

Absolutely. I saw the film at TIFF a month ago, and in the audience somebody had asked you about the 4:3, the aspect ratio choice, and if I recall, your answer had to do with integrating the home video footage, the character, Fourth Grade’s footage, but I have a bit of a theory that it also has something to do with the fact that all the movies you watched in the 90s were on your cube television. Am I onto something there?

Initially the idea was maybe we were gonna cut high-8 footage within the film, and if you were gonna do that, you know, if you cut from the normal aspect ratio to the high-8 ratio, it was really abrasive and took you out of it.

The way it cut like butter, you know, the one thing where it didn't jar you or take you out of the film, was if the ratio was 4:3, so even though we didn't end up doing that, we felt that it was also appropriate to how things looked in the 90s, and respectful, to help show the time period.

Right. Well, whether that was the desired effect or not, it did feel like a throwback to basically every movie I watched in the 90s, in 4:3, whether it was shot in widescreen or not, you know?

Well, it just also helped you feel like it was a lost film from the 90s. We were very aware of that.

Totally. So that being said, which films did you find yourself watching to prepare? I mean, I feel like a lot of people are gonna compare it to maybe, Larry Clark or something, but I feel like there’s a lot more heart in your film than Larry Clark was going for.

I mean, Kids is a seminal film for any cinephile my age, you know? And it was made with with such consideration of Kids, which, I mean, you even have a nod to Kids halfway, I won't give it away, but there's a nod, you know, a cameo-nod to Kids.

And Harmony had read the script and loved it and gave it thought and, you know, but I always knew it was, it had to be opposite of Kids because Kids is so beautiful in its nihilism, that's the point, that the world ends tomorrow, who gives a shit, blow it up.

And I, growing up, experienced skateboarding, as so much more about connecting with people and how hard it is to be a kid that feels alone and wants to be a part of something, and how beautiful it is when you find people that care.

And so to me, I'm just someone who's a very emotional filmmaker. I think my perspective, as a filmmaker, will be to make films that are about connecting with other human beings, or the struggle to do so.

Do you have one or two favorite coming-of-age texts, whether that's a film or a book that you just consider the holy grail of the coming-of-age?

Not really, like, a holy grail, I mean, I did want to show them Kids because I wanted them to see how natural and dangerous performances from young people can be, you know? And how raw it can feel, and I'd rather show them that as a model of acting than anything else.

So, speaking of the cast, how far into the shoot would you say it took for everybody to start gelling? Was there a scene where you're like, "Okay, now I'm watching the movie that was in my head, right before my eyes?"

Let's see. I mean, the kids were just so incredible. The best part of this whole experience, the most moving part, was watching them take acting seriously. Like, they're not playing themselves, they're not improvising. They are being these characters and saying these lines, and that's hard to do.

So, for me, so much of the work was to get them there, and they worked so hard and I'm just so proud of them. They really came in firing.

Well, congratulations. You made a beautiful film.

Do you feel this content is inappropriate or infringes upon your rights? Click here to report it, or see our DMCA policy.
Harmony KorineJonah HillKidsLarry ClarkMid90sNew York Film FestivalNYFF