Jonah Hill makes a remarkable debut as a director. 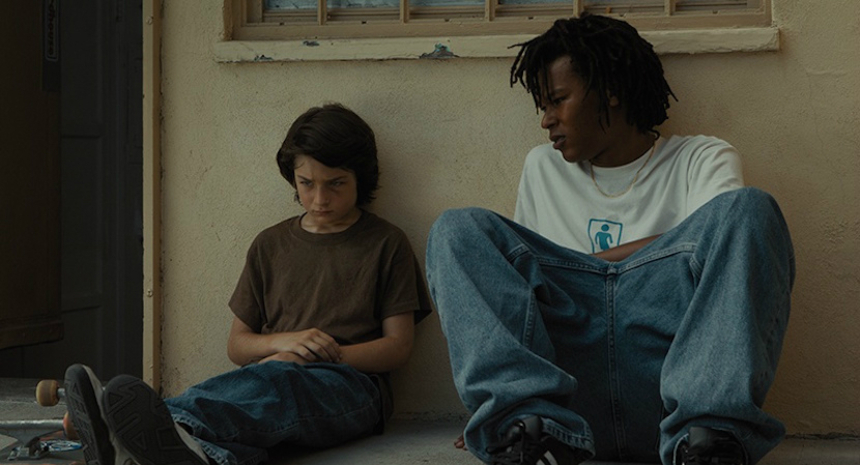 Eleven years after Superbad finally made him stand out as a comedic actor, and seven since Moneyball turned him into an Oscar nominee, Jonah Hill debuts as writer/director with Mid90s, a coming-of-age film that’s funny and, at the same time, reveals Hill as a sensitive filmmaker who's interested in capturing natural moments coming from the interaction of a group of young actors without much previous experience.

From the first moments we realize that Hill is committed to something as personal as what Seth Rogen and Evan Goldberg did with the script of Superbad, however, Mid90s is not a direct comedy and is closer to the work of directors like Richard Linklater, and even Larry Clark, than to Judd Apatow’s school, from which Hill graduated a long time ago.

Showing details that take us to Hill's own childhood in the nineties -- we have the blankets of the Teenage Mutant Ninja Turtles, the Wu-Tang Clan posters, and of course the soundtrack full of hip hop music and more popular songs of the era like "Wave of Mutilation" by Pixies and Nirvana’s version of "Where Did You Sleep Last Night" -- Mid90s features youngster Stevie (Sunny Suljic), who lives with his single mother (Katherine Waterston) and suffers the violent actions of his older brother (Lucas Hedges, finally doing something different), while abroad he tries to adapt socially and begins to take an interest in skating.

Eventually, and through his friend of Latin origin Ruben (Gio Galicia), Stevie joins a group of skaters older than him, who will gradually give him a sense of belonging -- not for nothing, Hill gives a great weight to the scene in which Stevie receives from the hands of one of the boys he admires, Ray (Na-kel Smith), his first quality skateboard -- but he will also be invited to experience new things, i.e. go out to a party, connect with a girl, and try alcohol and drugs.

Hill puts the spotlight on teenagers with complicated backgrounds, such as the foul-mouthed Fuckshit (Olan Prenatt) or the shy and marginalized Fourth Grade (Ryder McLaughlin), and at times evokes the work of Larry Clark, who often exposes young troublemakers who are heading into a real tragedy. Mid90s feels a bit abrupt when, for example, Stevie seems to try to take his own life after a party and another violent night at home, but fortunately Hill doesn't end up opting for a fatal outcome, recalling more the humanity of Richard Linklater.

Mid90s reminds us that, certainly, life is full of stumbles and experiencing them is a natural part of growth, but also that this same coming-of-age process is synonymous with good and memorable times (many interactions between Stevie and the skaters are hilarious) and people who, although it may not be obvious, represent the value of family and friendship. Hill has begun his career as a director in a remarkable way.

The film made is U.S. premiere at Fantastic Fest in September. It opens in select U.S. theaters on Friday, October 19, via A24 Films.