A low-budget wonder from the filmmaking collective Crazy Pictures. 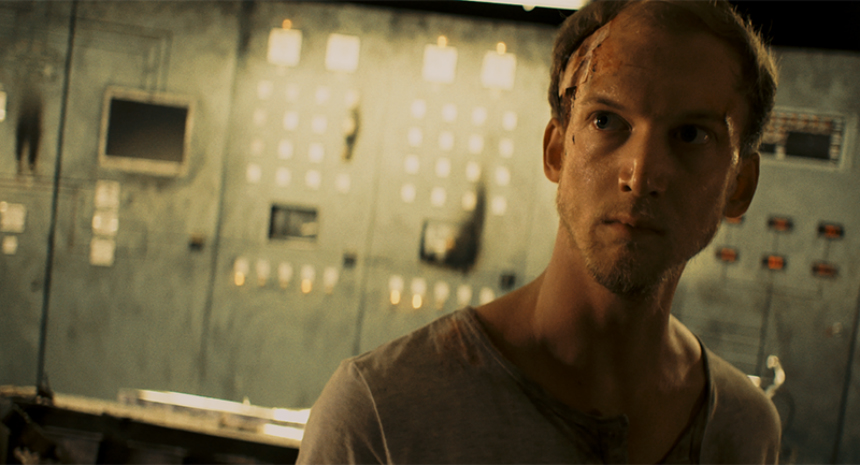 We can definitely be tempted by murderous impulses, the kind that are born from flashpoint anger. We can question the motives of those closest to us, whether by birth or marriage. What was he/she/they thinking?

Families, and movies about families, are anathema to some people, and with good reason. Too often, filmmakers depend heavily upon warm, nostalgic feelings about families, taking it as a given and thus allowing the indulgence of rushed narratives filled with assumptions, as though everyone in the world has a similar set of experiences, or at least experiences easily divided into broad stereotypes: I love my wonderful family; our family was incredibly dysfunctional; what family?

The truth is far different. Our feelings about family can change over the years, or within days, or in a single instant. The filmmaking collective Crazy Pictures knows this, and it shapes their debut feature, The Unthinkable (original-language title: Den blomstertid nu kommer.)

Establishing the torn roots of a Swedish family at a length that feels far more langorous than needed, The Unthinkable may try the patience of a genre fan waiting for the action to begin. Once the action begins, however, and the pace picks up, accelerating eventually to a feverish pitch, it all seems worthwhile and, it can fairly be argued, absolutely necessary in order to achieve the deeply-felt impact.

After all, if we don't have any knowledge or understanding of the characters, they become pins in a bowling alley, knocked down just to get back up again for our amusement.

Not that this particular set of characters is all that traditionally appealing. Military veteran Björn (Jesper Barkselius) has, let us say, anger issues stemming from his past government service. Though he attempts to provide well for his family, he is not the sort of father figure that he imagines himself to be, to the disappointment of his wife and, especially, his son and only child Alex (Christoffer Nordenrot).

The extremely-strained relationship between father and son forms the backbone of the story and its effects are explored at length. In adulthood, Alex reflects his upbringing, which brings him into further conflict with his strict and stiff father, even as we are introduced to more characters related to the two in some form or another, most notably Alex's childhood sweetheart Anna (Lisa Henni).

When the audacious action finally kicks off, it's handled extremely well and shown to usually awful and sometimes shocking effect, primarily because of all the time spent constructing a strong foundation. It becomes a gripping and incredibly impressive affair, especially in view of the modest budget.

And, yes, perhaps a bit too much time is spent on all that character "stuff," but it makes the payoff that much more meaningful. The melodramatic tone will not ring true for everyone, but it sounded deep within my soul; sometimes shameless sentimentality is not such a bad thing.

Do you feel this content is inappropriate or infringes upon your rights? Click here to report it, or see our DMCA policy.
Christoffer NordenrotCrazy PicturesFantastic Fest 2018Jesper BarkseliusLisa HenniSweden