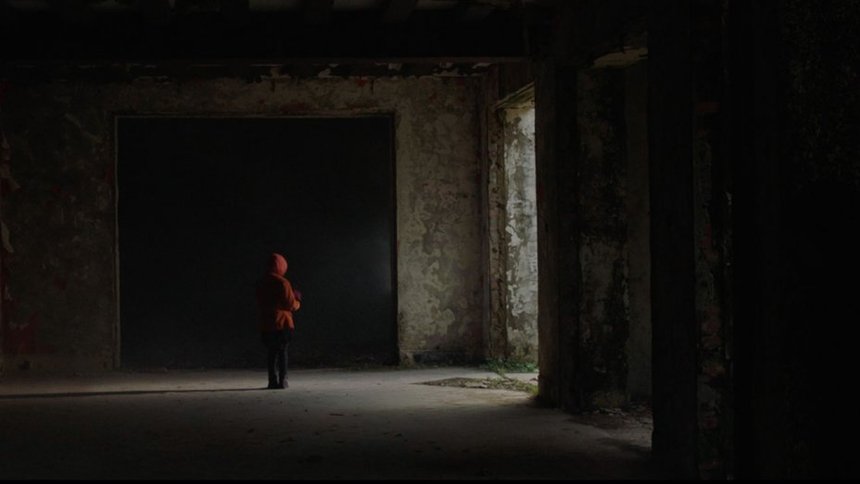 The North African nation of Tunisia finally makes its entrance onto the world genre film scene with Abdelhamid Bouchnak's moody chiller, Dachra. Borrowing liberally from cinematic folk horror traditions, Dachra takes on a not entirely unfamilar journey into a heart of rural darkness with a unique setting that will leave fans of oddball horror from far off lands satisfied and eager to see more of this not often glimpsed corner of the world.

The story begins with a university journalism class tasked with creating an exclusive report, our leads choose to explore an apocryphal story about an alleged witch who'd been found on the side of the road and shipped off to an asylum. One member of the group, Bilel (Bilel Slatnia), tells the group that he has access to the asylum and off they go to uncover the truth about this poor woman. Little do they know that the road to the truth is littered with corpses as they trek into the dark heart of rural Tunisia.

What Bilel, Walid (Aziz Jbali), and Yassmine (Yassmine Dimassi) find is the ugly reality of a tribal society hidden in rural forests in which ancient and archaic laws still rule. The village is ruled over by a domineering man who subjugates the women in town using any means necessary while appearing to offer kindness to the outsiders, but to what end?

Dachra is nothing particularly new in terms of the structure or content, however the unique setting and cultural backdrop for the story makes it a very interesting find. Tunisia sits at the northern most point in Africa, a region that mixes Southern European and North African traditions and cultures pretty fluidly. However, director Abdelhamid Bouchnak has decided to use his voice to expose some of the unique problems that face this region. Accusations of witchcraft, cannibalism, and disappearing children are all very real in many areas of Africa; as the continent continues to modernize, these tragedies appear in sharp contrast to any metropolitan image, and are often glossed over until recently with films like Dachra and I Am Not a Witch.

Bouchnak's take on horror brings to mind some of the most exciting work in the genre over the last few years. In particular, I was reminded of some of the recent gems from underrepresented regions like Turkey (Baskin), India (Ludo), and other dark tales that frequently serve as analogous to the current controversies and challenges faced in those regions.

Dachra's position as its nation of origin's first horror film gives it a bit of an extra push into the limelight that will certainly allow it to get a bit more play that it might based upon quality alone. The film is quite good, but it does follow some very familiar beats. Bouchnak does, however, make excellent use of his tools in creating a visually engaging piece that pulses with dread throughout.

Do you feel this content is inappropriate or infringes upon your rights? Click here to report it, or see our DMCA policy.
Abdelhamid BouchnakBilel SlatniaFantastic Fest 2018Tunisia