North America's largest documentary film festival, Hot Docs, kicks off tomorrow with its 25th edition. And while the festival has always specialized in content focused on the margins of society and telling their stories, we are in the age of the #MeToo movement, and many of the films are shaded by this moment, even some of the retrospective screenings. Musical & TV personality driven documentaries, adventure stories, quirky character studies, as well as social and activist movements are of course well represented here. (And VR storytelling keeps edging further into the festival programming.)

Hot Docs is spread across more than half-a-dozen venues about town, from the festival's year-round home at the Bloor Cinema to the TIFF Lightbox, and the kinda-secret-but-wonderfully-atmospheric Hart House on the U of T Campus. There is even a screening in IMAX at the Ontario Place Cinesphere, as well as the cooler for being off the beaten path repertory houses: The Fox Theatre and The Revue Cinema. 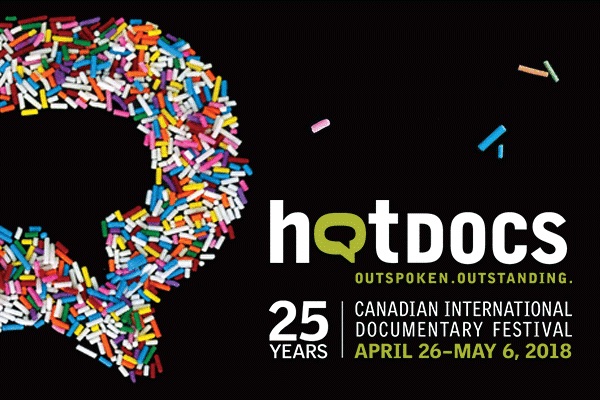 With over 200 features and shorts, there is a lot to browse through, but here is a gallery of ScreenAnarchy curated picks to help you if you are in Toronto between April 26th and May 6th. 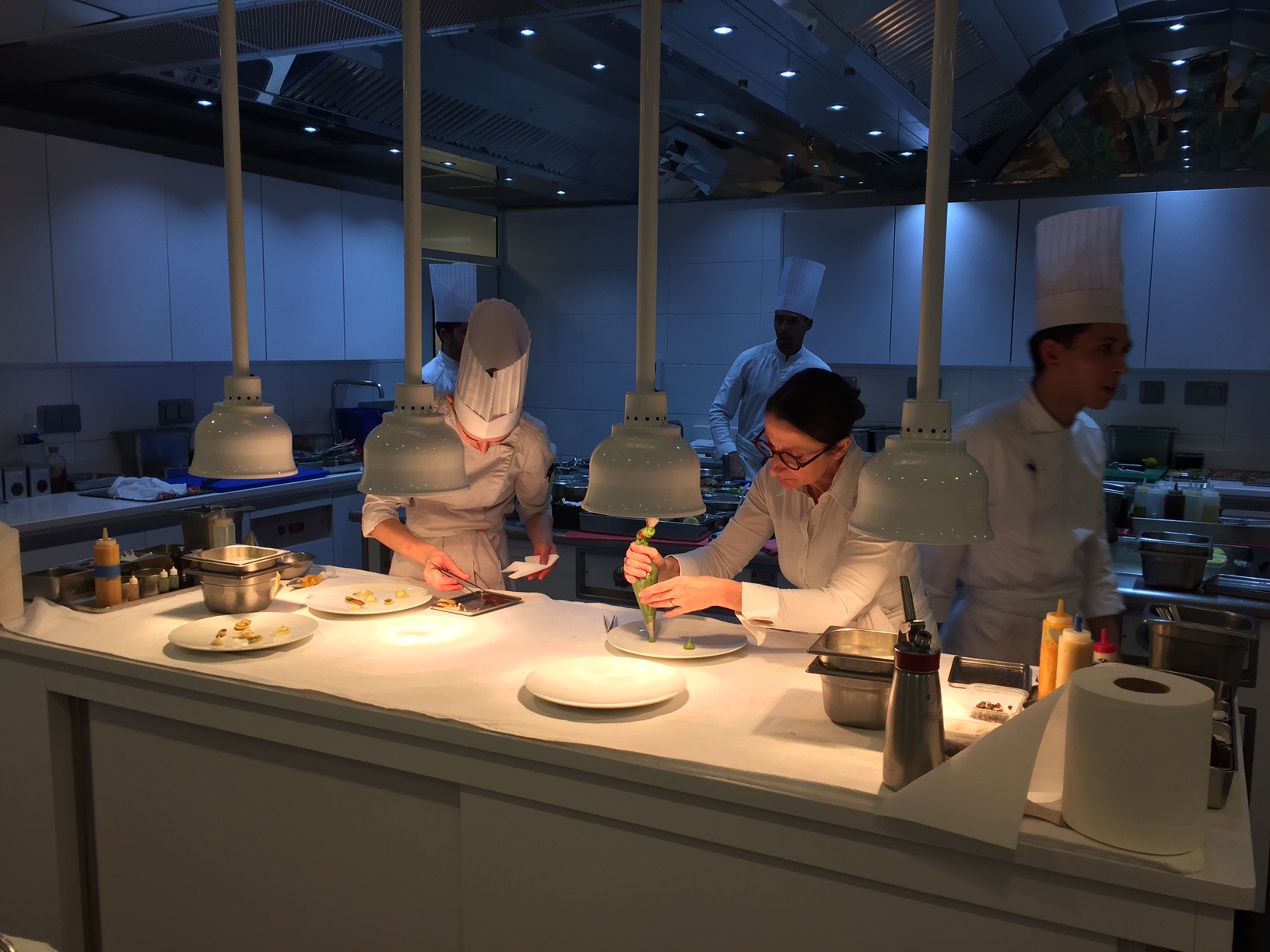 The Heat: A Kitchen (R)evolution

Maya Gallus's latest promises a glimpse into the kitchens of the worlds top female chefs. With an influx of women at the helm of restaurants, and a younger generation unwilling to submit to the brutal (macho) conditions once considered the norm, the rules of “kitchen culture” are undergoing significant change.

The Heat: A Kitchen (R)evolution gets the coveted opening night slot at the festival. Gallus previously directed 2010's Dish, which looked at the quirkier side of the restaurant industry from nudie restaurants in Montreal to Maid Cafes in Tokyo. 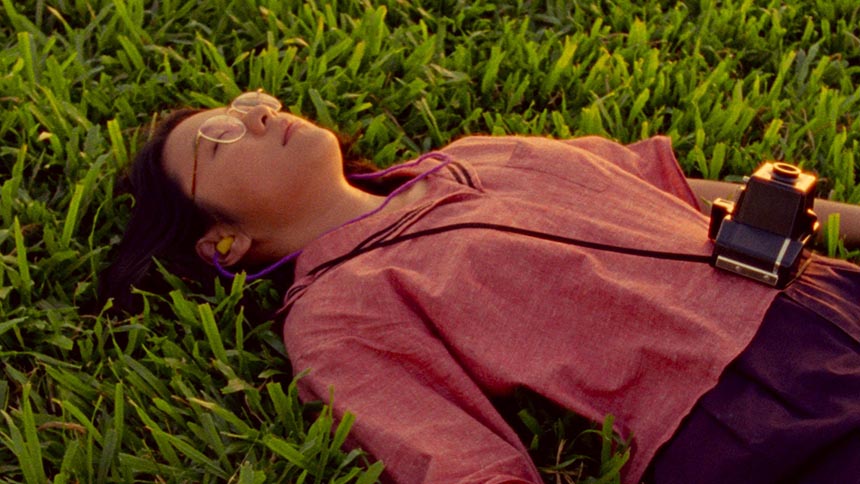 In 1992, teenage VHS-bootlegger Sandi Tan and her fellow film-geek pals Jasmine Ng and Sophie Siddique shot Singapore’s first road movie with their enigmatic American patron, Georges. After shooting wrapped, Georges vanished with all of the footage…

20 years later, Tan, now a novelist in Los Angeles, searches across two continents for the missing movie and mentor. 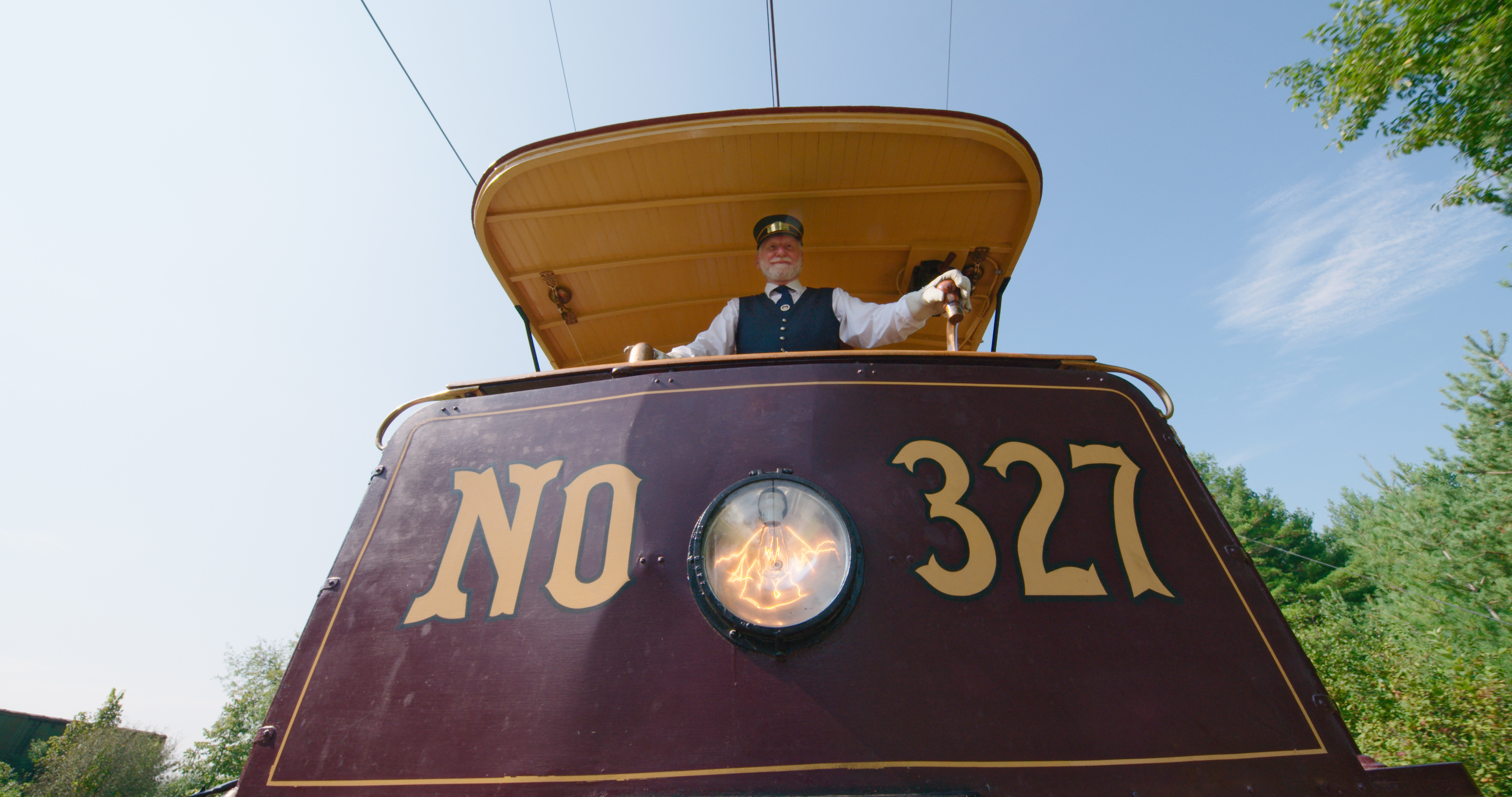 A throw back to the IMAX educational film, The Trolley, gives focus to Toronto's network of street cars, and a history (recall your Who Framed Roger Rabbit?) of how they almost disappeared before making surprising 21st century come-back. (For the locals, this film could go by the alternate title: "King St. Pilot Project: The Movie"

Showing in the massive presentation at the Ontario Cinesphere IMAX dome, the film may be short, simple and to the point, but it is gorgeous on the HUGE screen. 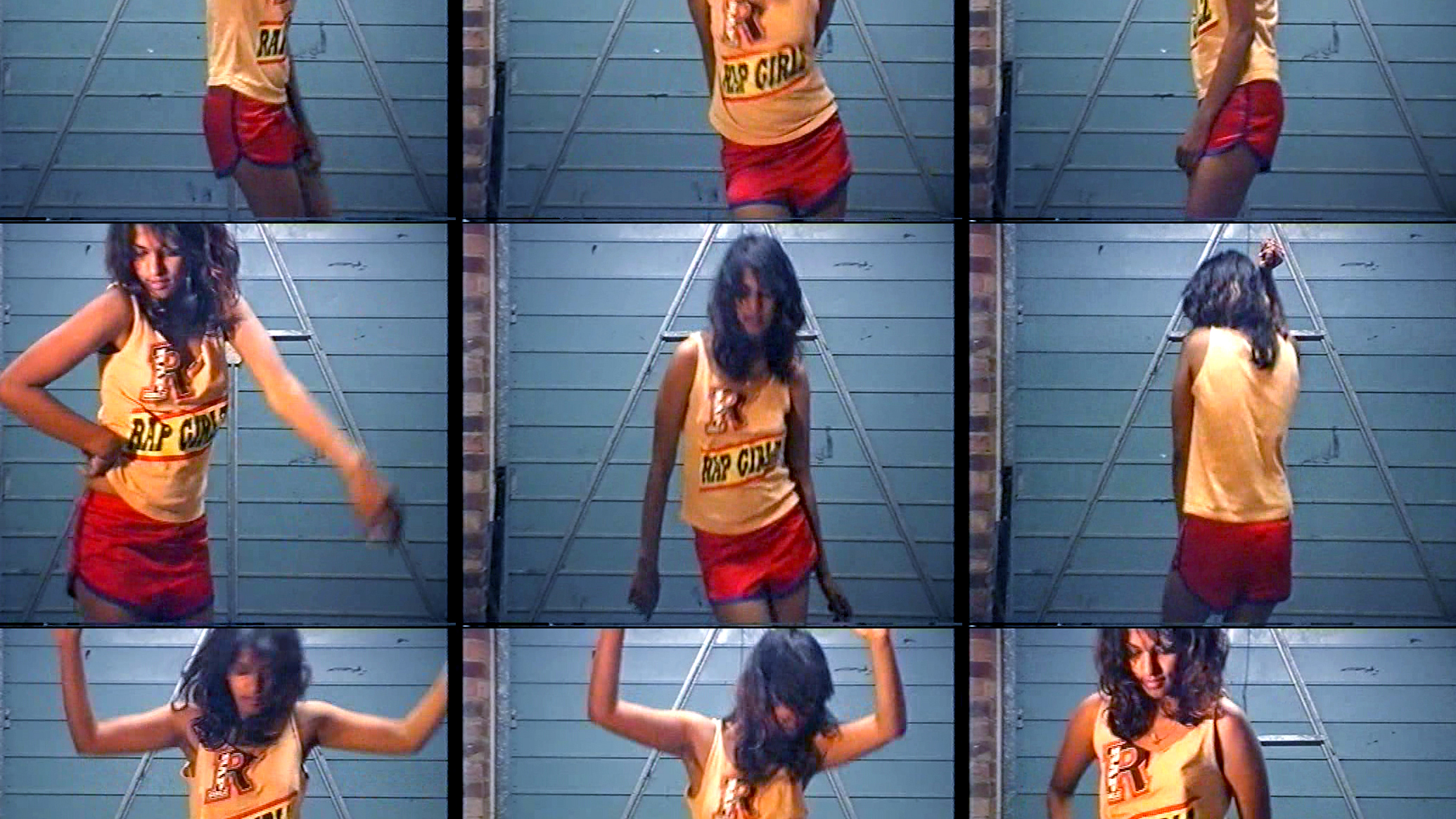 Matangi Arulpragasm (aka Maya to her friends, aka international superstar M.I.A. to most of the world) has been a huge force in music for decades now, but despite her public presence and outspoken nature she is still something of an enigma, guarded in her personal life. Which is why it is surprising to so many that she allowed her former art school friend Steve Loveridge to make a documentary about her, using her personal archive, an unbelievably rich trove of video shot by Maya over the last 22 years. 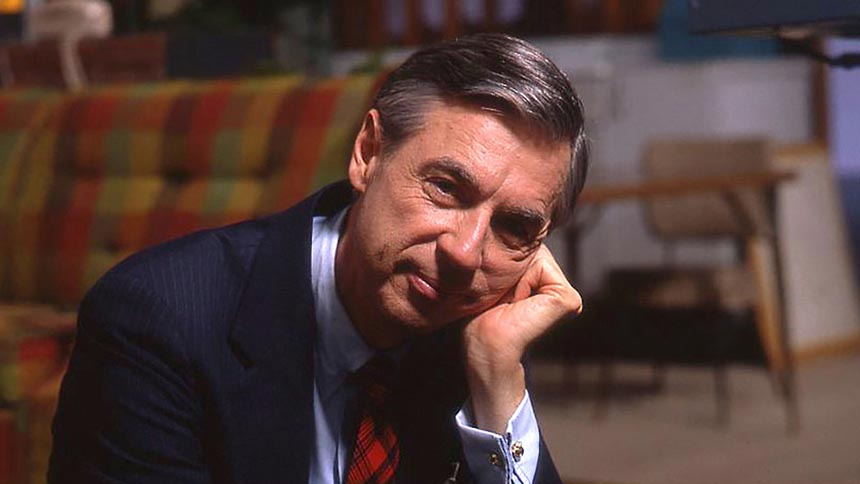 Won't You Be My Neighbor?

The latest from 20 Feet from Stardom director Morgan Neville was a big hit at Sundance, and it explores the legacy of Mr. (Fred) Rogers with dignity and grace in a world sorely missing his calm and empathy on television. 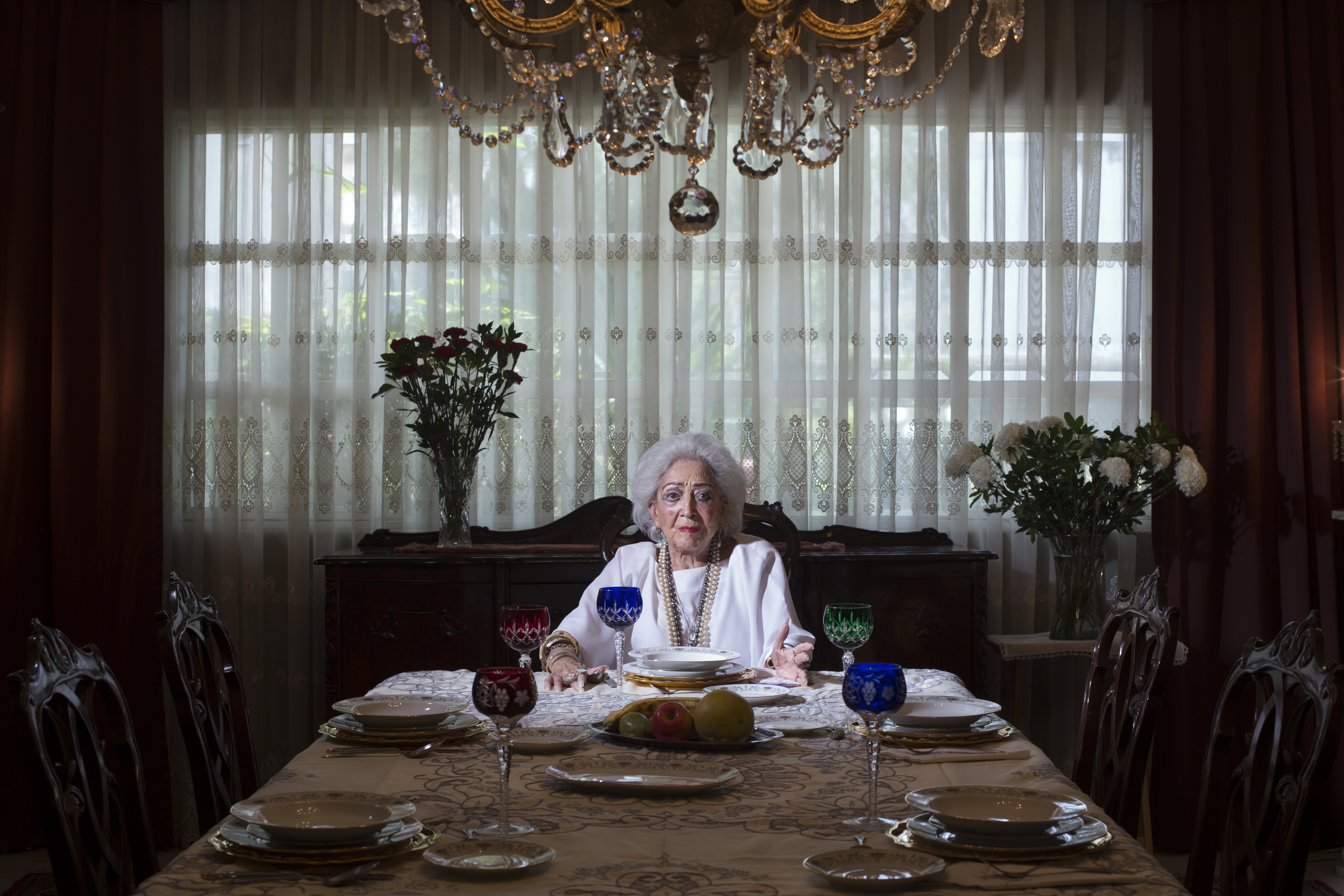 This Mexican documentary is one of those fascinating stories that came about by accident. When the grandson of a nonagenarian wealthy matriarch decides to make a documentary on his grandma, he uncovers some dark secrets.

This year Hot Docs has a spotlight program on Mexico called "Made In Mexico" and this one certainly seems like the stand out. It will be difficult to top last years astounding Brimstone & Glory but this might just be the dark horse to do it. 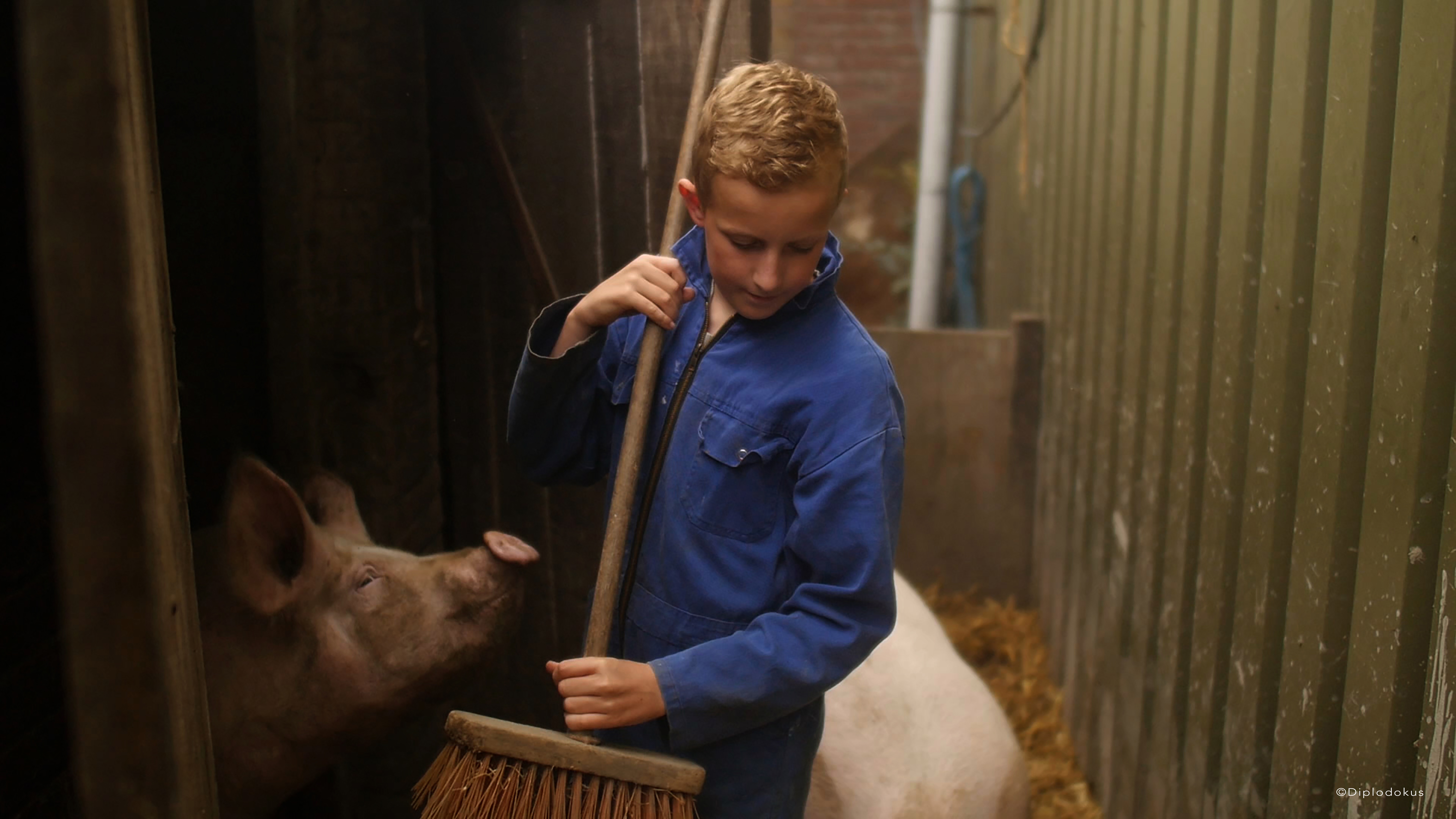 It wouldn't be Hot Docs without a northern European coming-of-age story. Ceres promises some impressive cinematography as it essays four children as they experience the natural cycle of life on a farm in the southwest of corner of The Netherlands. 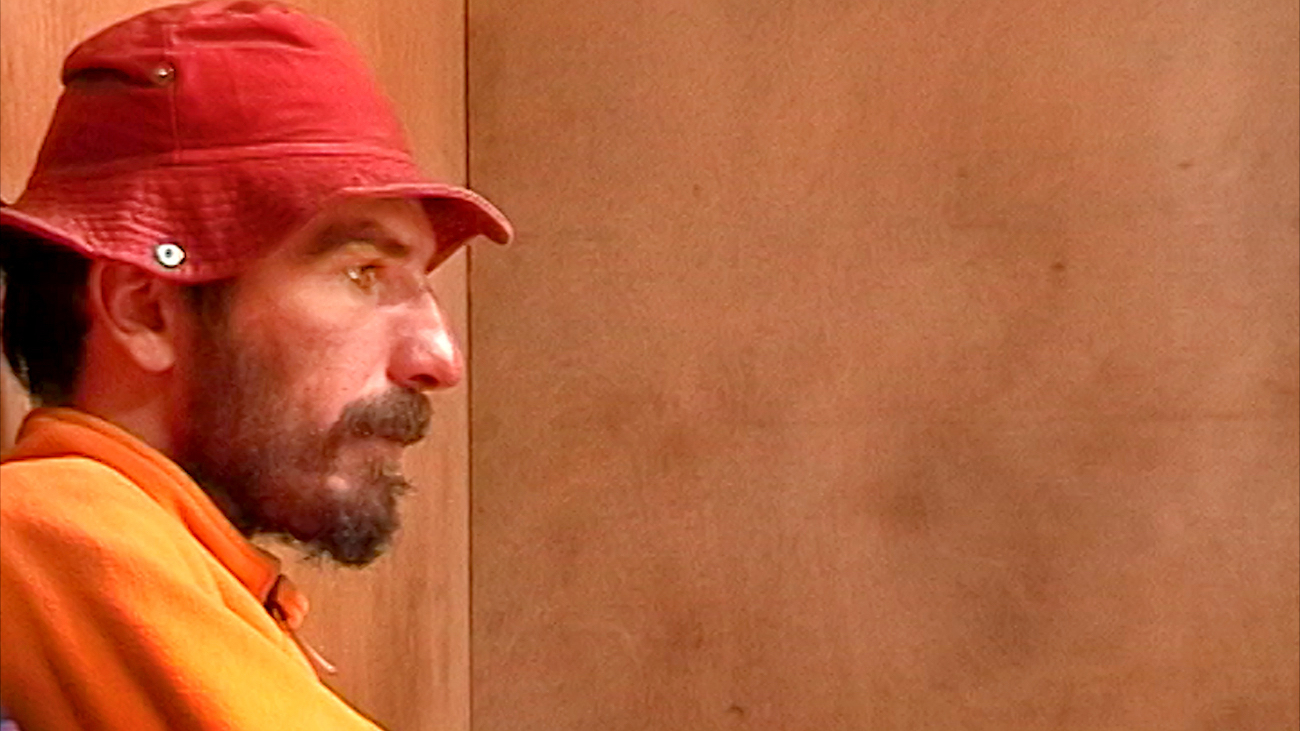 A Found Footage documentary of a Serbian mountaineer who climbed Mount Everest, shot a bunch of video, and left a strange diary behind. Like last years The Road Movie, and 2016's Fraud, a curated/edited film that promises to be experimental and strange with a subject many of us are at least passingly familiar: the worlds tallest mountain. 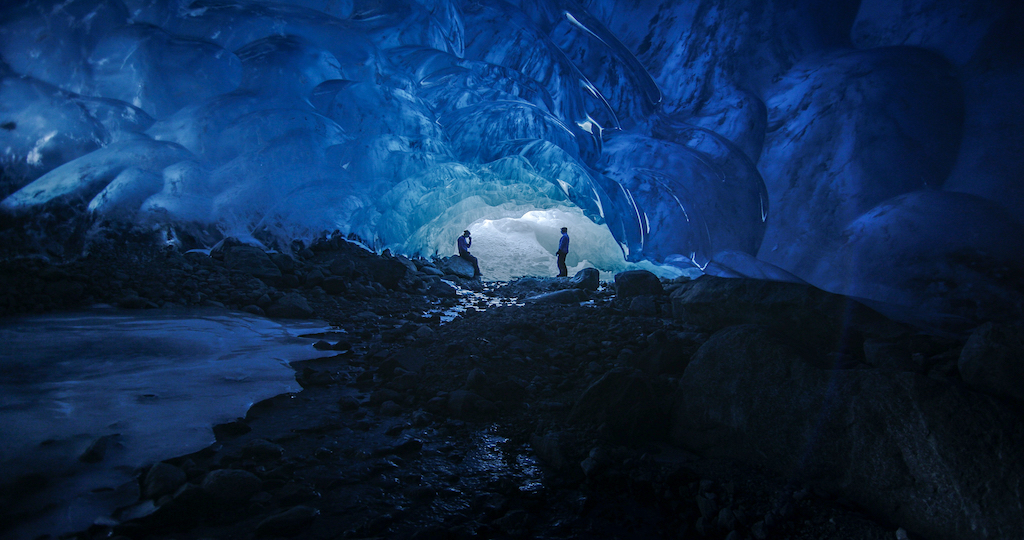 A stunning feature doc is set in the British Columbian Rockies, and favours small humans framed against endless white or jagged daggers piercing into the sky. The film has several stories, but it is anchored around mother-daughter team of adventurers aiming to hike from Vancouver to Alaska, if only to see the astound sites along the way.

There is something about mountaineering and surfing that brings out the zen-philosopher in its thrill seekers. Here, the images are fit to match. O Canada. 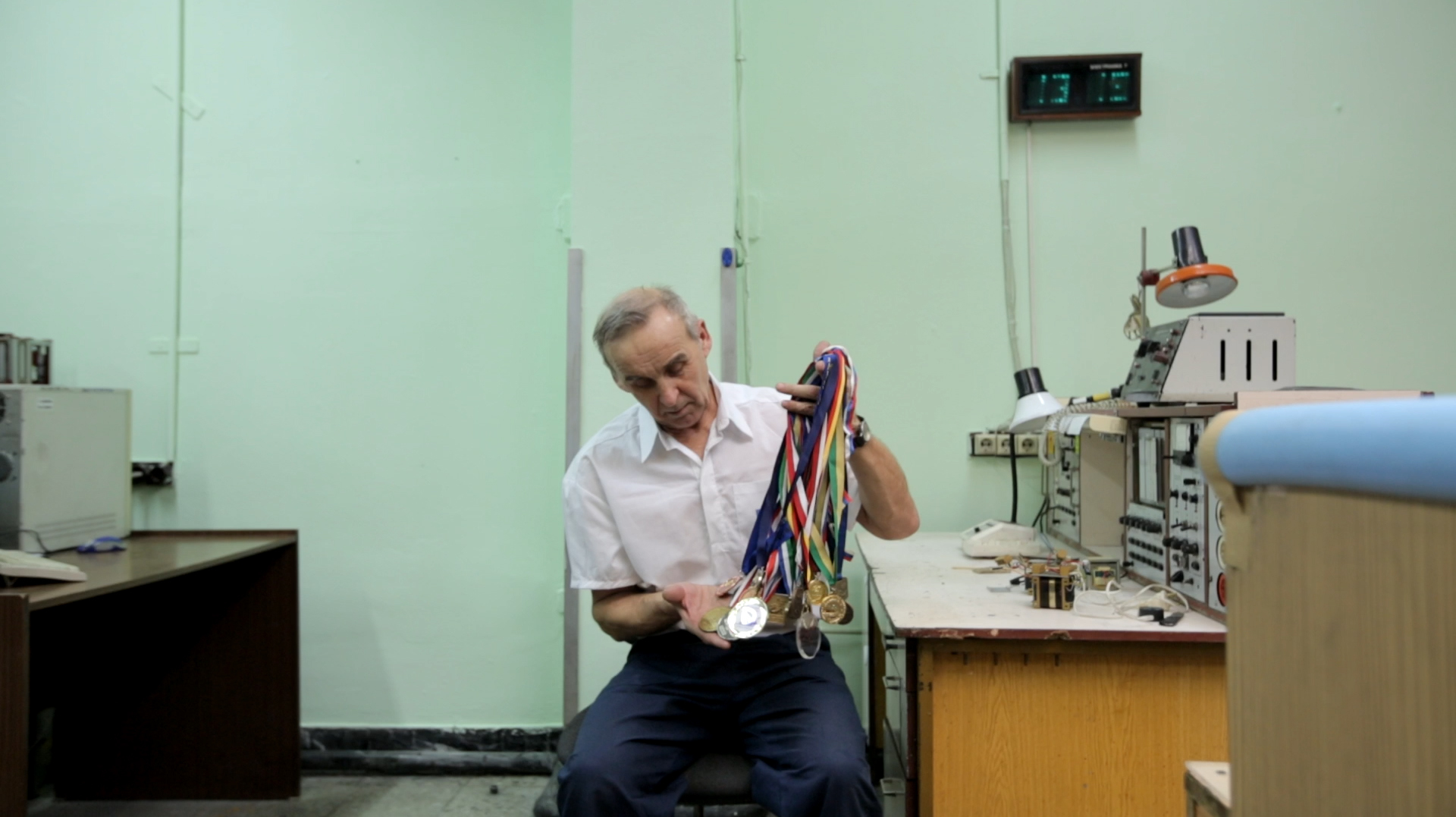 "They want a revolution, but nothing should change!" Now that is a tagline! This satirical look at manufacturing in Russia sees a Swedish manager with a lifetime of experience attempt to return a Soviet-era auto factory to prosperity. The Russian Job holds the promise of absurdity and craft to collide. 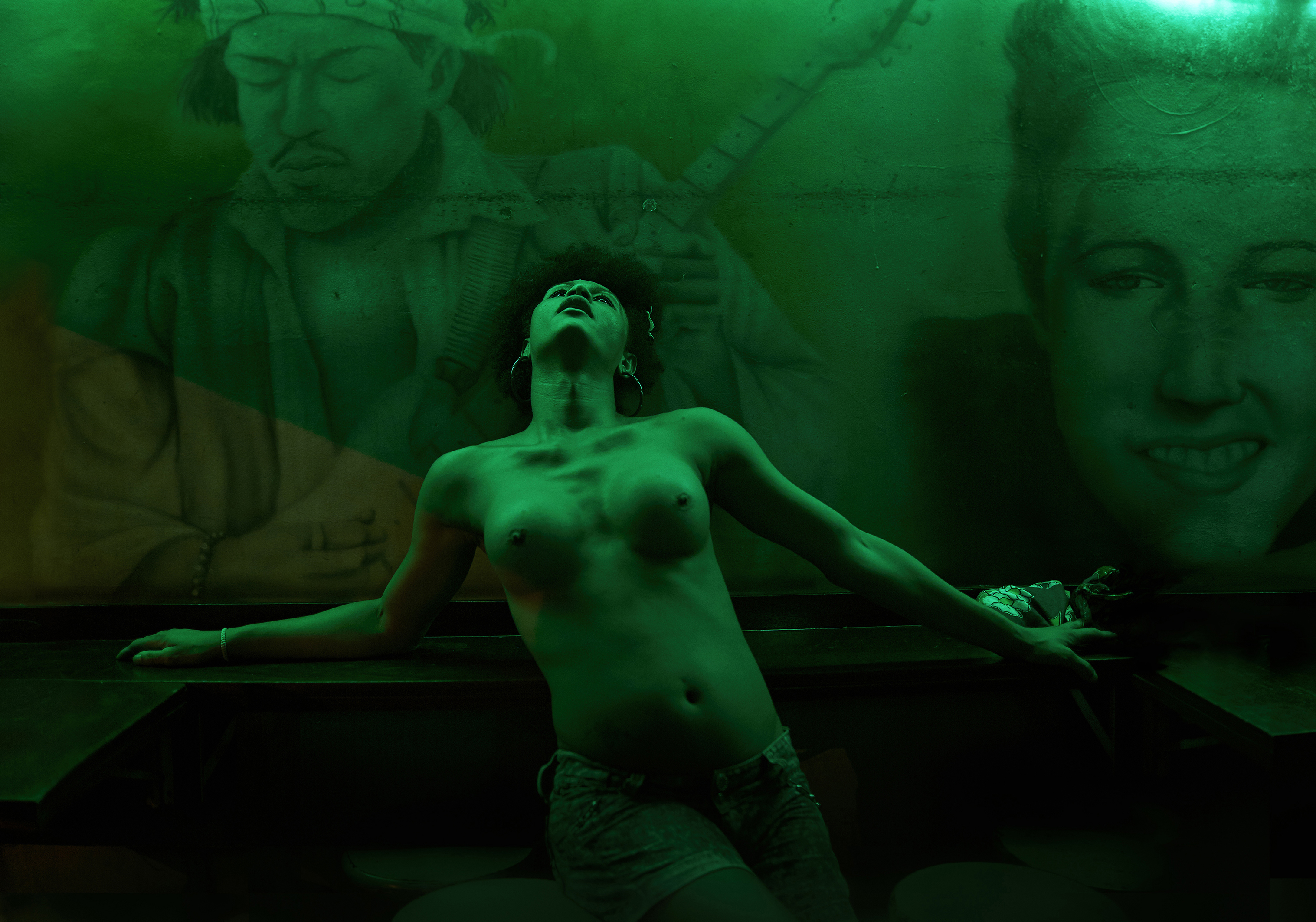 I'm always attracted to the films at Hot Docs that have a sense of visual splendour. Nowhere is that more present that Obscuro Barroco, which takes a look into festive nights through the eyes of a transgender icon, Luana Muniz.

Obscuro Barroco is a documentary-fiction about the dizzying heights of gender and metamorphosis. It is also a cinematographic hommage to a land of extremes; the city of Rio de Janeiro, Brazil. 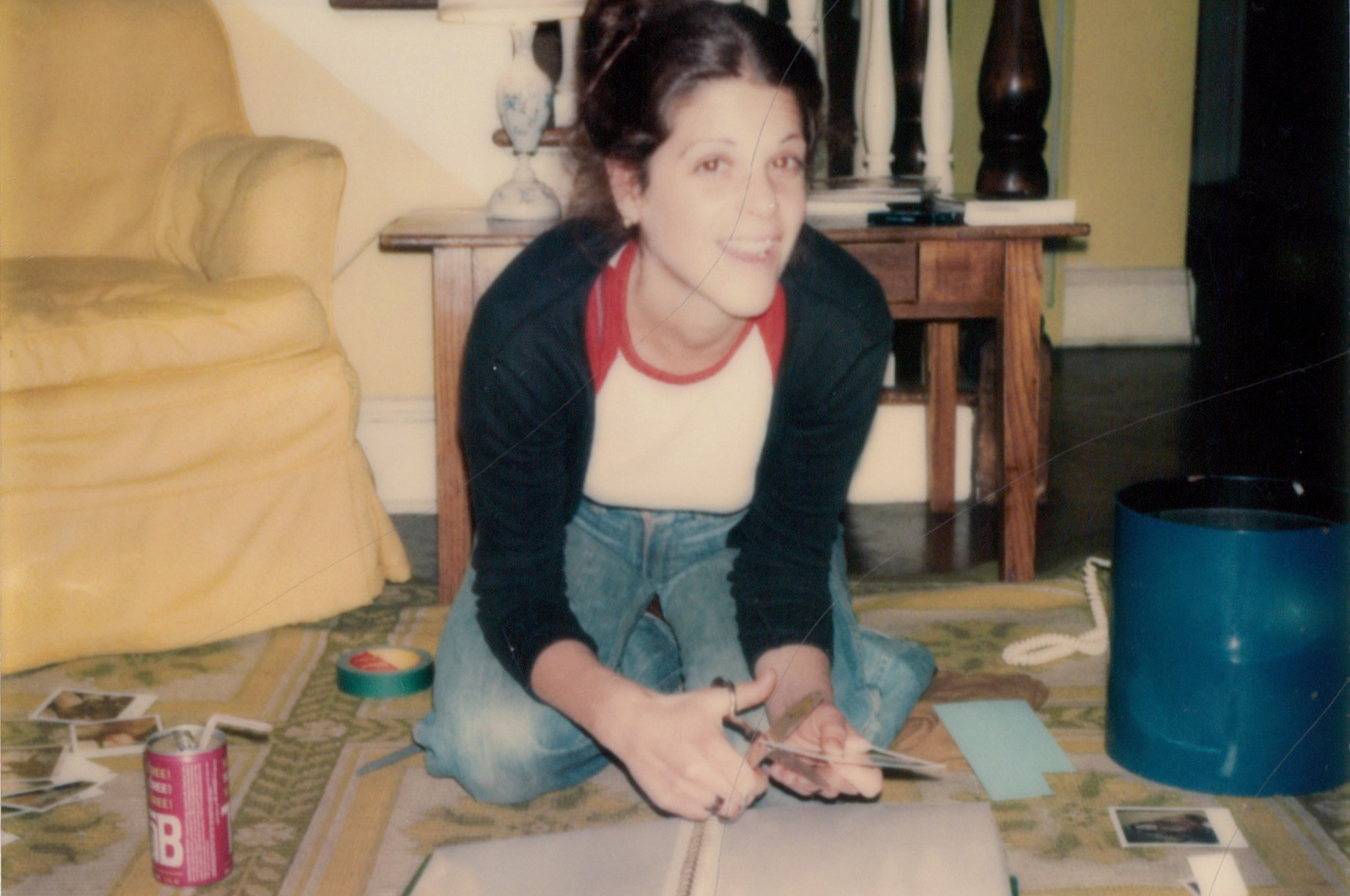 In her own words, comedienne and SNL alumna Gilda Radner looks back and reflects on her life and career, which was cut short by ovarian cancer.

Weaving together recently discovered audiotapes, interviews with her friends, rare home movies and diaries read by modern day comediennes, Love, Gilda offers a unique window into the honest and whimsical world of a beloved performer whose greatest role was sharing her story.

Eight years later, Avrich returns to detail what he didn’t know then about the far darker side of the now-disgraced sexual predator. Weinstein is the poster-monster for the #MeToo and #TimesUp movement, and the festival is having one screening with a lot of high profile guests for discussion afterwards. 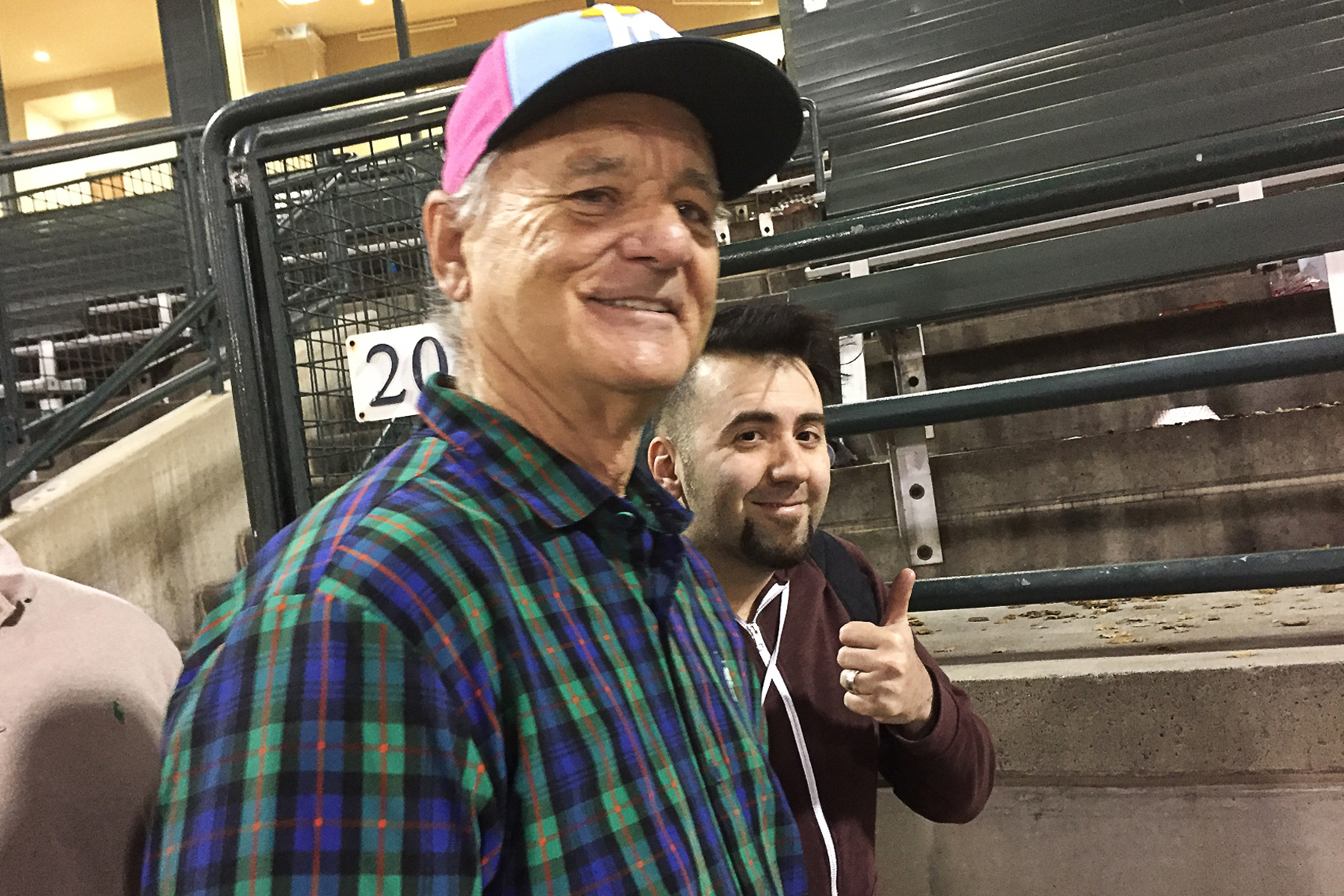 Not the only SNL performer appearing at Hot Docs, Bill Murray alongside fellow 'original player' Gilda Radner has a doc, albeit this one is more about the myth than the man. 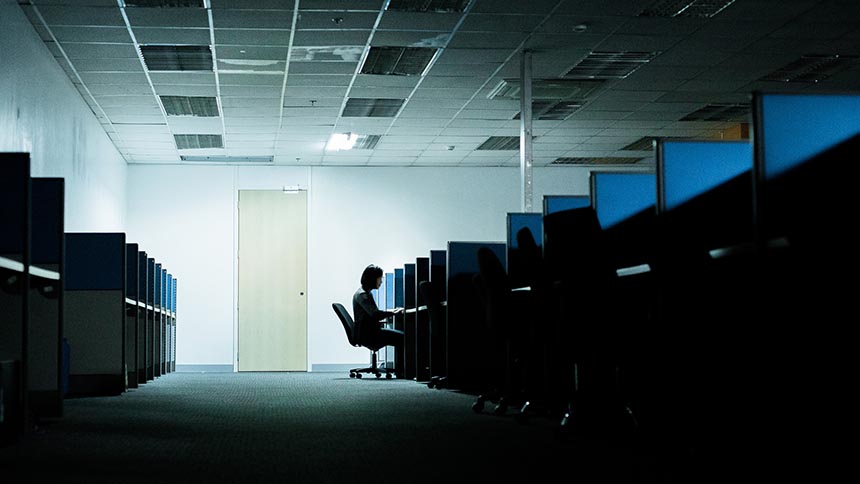 Another Sundance import, Hans Block and Moritz Riesewieck's documentary offers an in-depth look at internet content management. In light of the recent Facebook scandals, this one arrives with timing perfection. 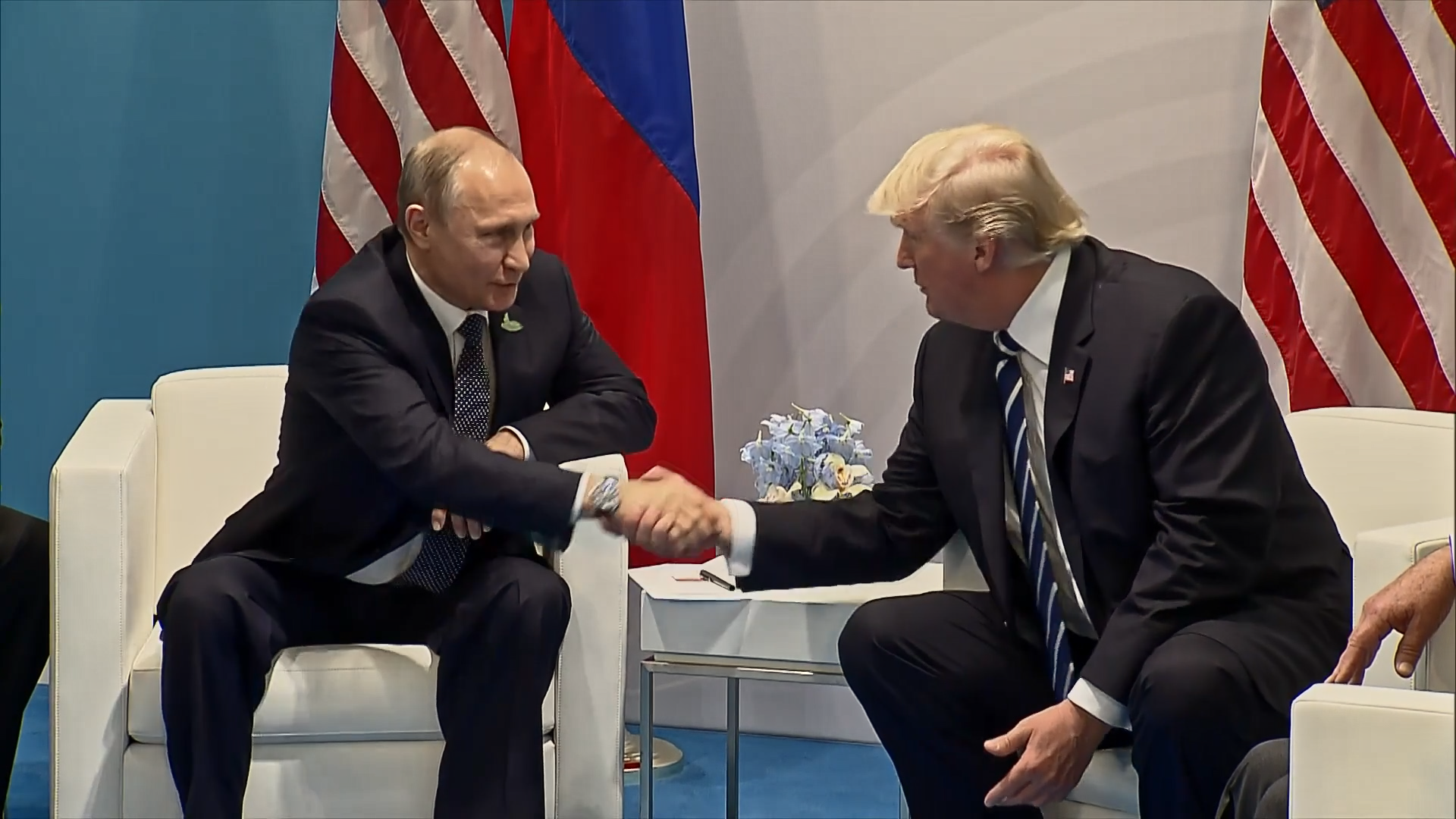 In 2016 the American people watched the largest intelligence operation ever carried out against a foreign state without seeing a thing. Yes there are several Trump docs at Hot Docs this year. But Jack Bryan's promises both " The true story of the 2016 U.S. presidential election," and "The most effective espionage operation in history." That's a Big-ly promise. Mrs. Sadri, and her colleagues try to match singles looking to marry using self-taught and experience-oriented methods. On the other hand, Sadri and her two colleagues are still single. The most interesting aspect of this 'dating office' is that the founders are religious and they believe that their mission is for religious purposes.

If I had to guess, then this film might be a kind of Persian take Jesus Camp, complete with horrific tone to many not enmeshed in its particular sub-culture. 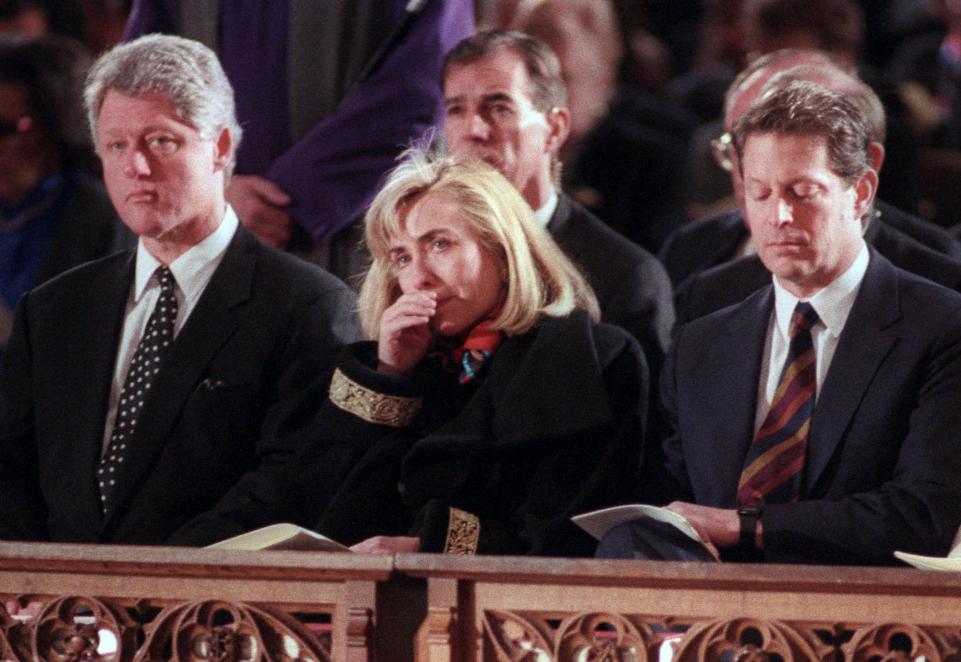 Chris Hegedus and D.A. Pennebaker's classic Criterion-worthy documentary on Bill Clinton's 1992 presidential campaign, made at that time, gets a repertory screening on its 25th anniversary. The Clintons remain controversial figures, given their prominence in US politics for several decades, but in light of the #MeToo movement and Bill's sexual relations and power imbalance with Monica Lewinsky in the Oval Office, it is certain that this documentary will be seen in a different light in 2018. 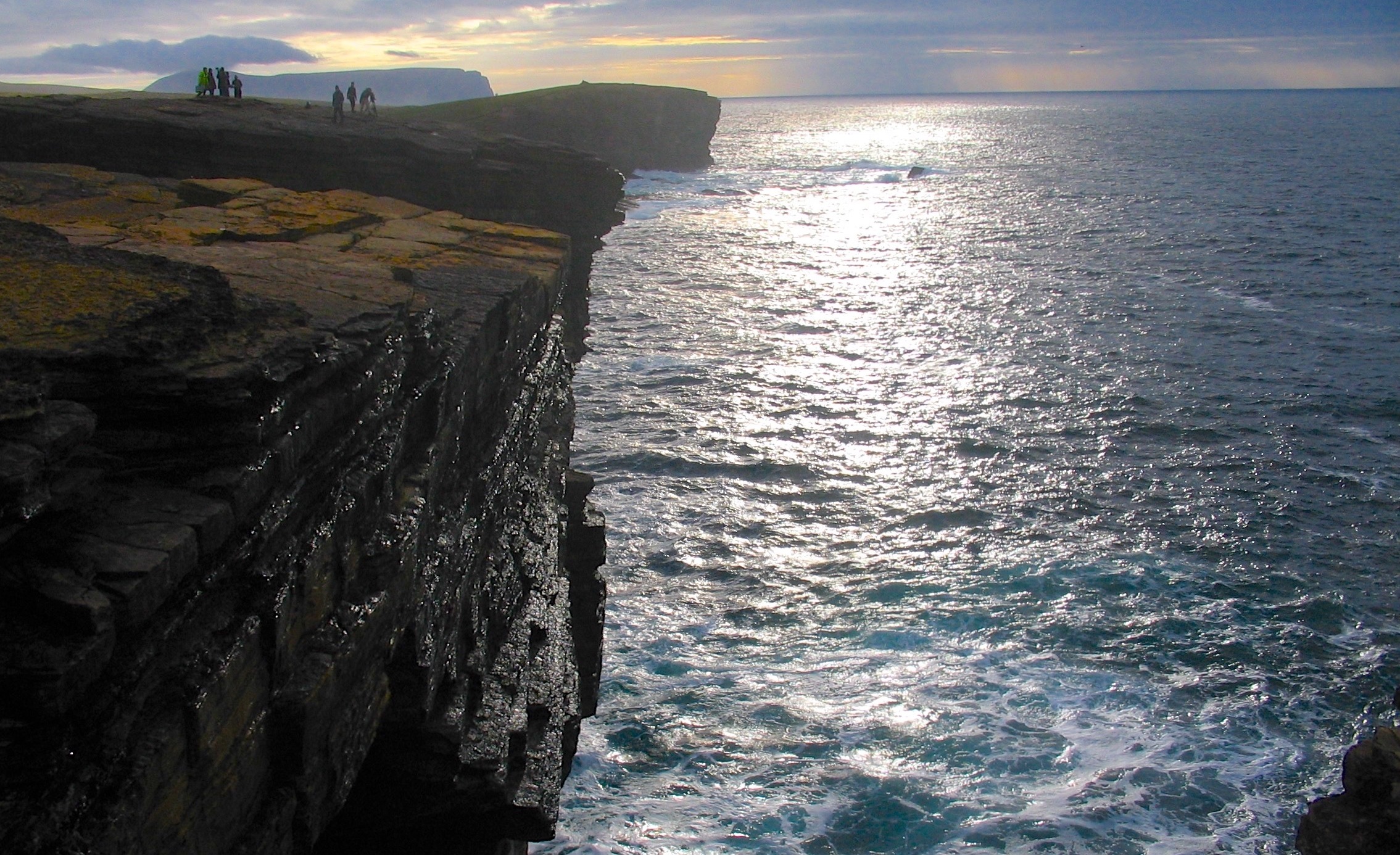 For a retrospective on Canadian filmmaker John Walker, several of his films are playing at Hot Docs, but 2008's gorgeous Passage provocative feature film Passage, a fiction/documentary hybrid for the BBC about about Sir John Franklin's lost expedition in search of the fabled Northwest Passage, is the one to see. The film has a history with the festival, having made its premiere at Hot Docs a decade ago.

More about Won't You Be My Neighbour