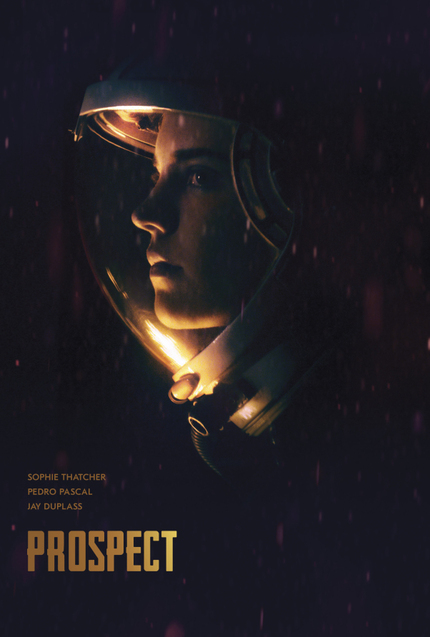 Prospect, the intriguing indie sci-fi thriller lead by Jay Duplass and Pedro Pascal is premiering at SXSW this week and to celebrate the production has premiered a first-look teaser.

I predict fans of hand crafted, sci-fi will fall in love with what we're seeing here. In fact not since Moon can I recall being quite as excited by the, *ahem*, prospects of a science fiction.

In the film, a teenage girl and her father travel to a remote moon on the hunt for elusive riches. But there are others roving the moon's toxic forest and the job quickly devolves into a desperate fight to escape.

Co-directed by Zeek Earl and Chris Caldwell, Prospect is based on their short film of the same name which premiered at SXSW in 2014.

Do you feel this content is inappropriate or infringes upon your rights? Click here to report it, or see our DMCA policy.
Chris CaldwellJay DuplassPedro PascalSXSW 2018Zeek Earl