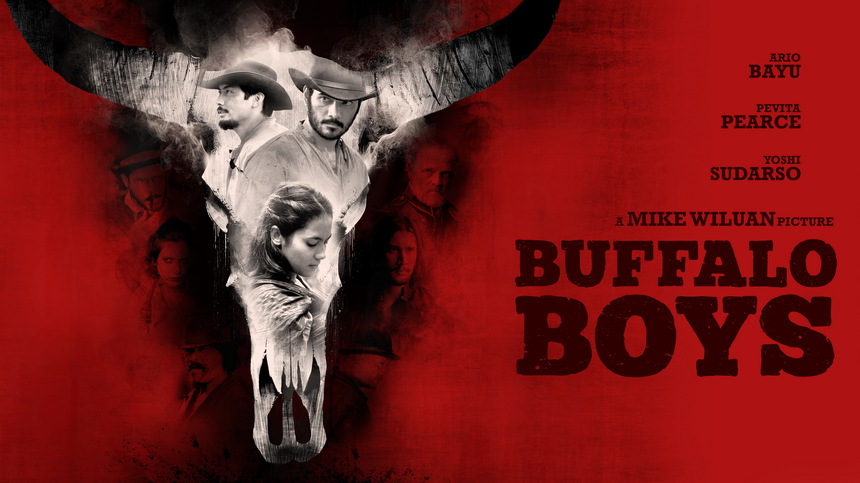 While you may not know his name, if you're a fan of recent genre films out of South East Asia you are almost certainly familiar with the work of Mike Wiluan. Wiluan has been busy as a producer over the last decade with credits on the Mo Brothers Macabre, action horror picture Dead Mine, scifi action picture Beyond Skyline and recent Iko Uwais starrer Headshot. And Wiluan makes the move to directing now with Indonesian western Buffalo Boys.

Shot with the spirit of action-adventure serial throwbacks - think along the lines of the Brendan Fraser starring Mummy films - Buffalo Boys is set during the Dutch occupation of Indonesia with a pair of brothers raised in exile returning home to seek revenge and justice for the murder of their father. There are LOTS of familiar faces in the cast and while the just released teaser is very much that - it exists mostly to show off snips of a few set pieces, giving up almost nothing in terms of story - the production values and energy are great. Check it out below.