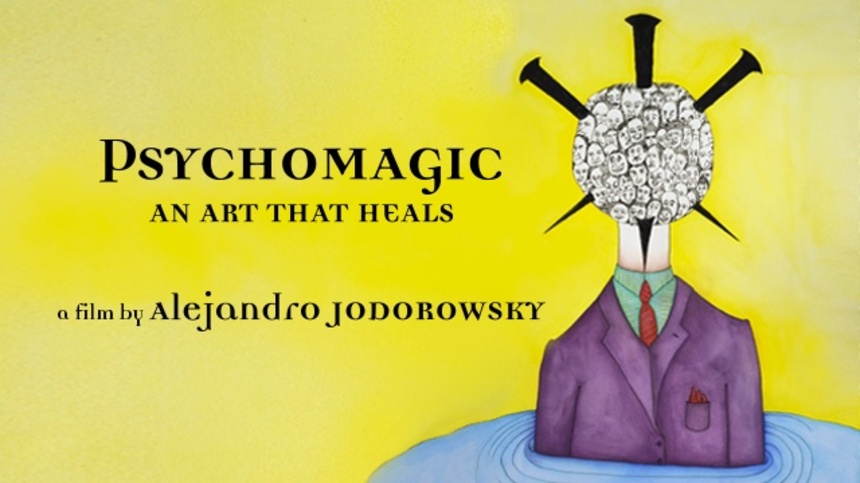 The Chilean multi-hyphenate legend, Alejandro Jodorowsky, is returning to the director's chair. The artist-shaman enjoys cult following thanks to his metaphysical acid western El Topo, esoteric passage to enlightenment The Holy Mountain, mystical spin on Hitchcock´s Psycho Santa Sagre as well as a master of pen in poetry, graphic novels and no less surreal novels.

The year 2013 marked Jodorowsky´s comeback to the big screen. He not only finished his first feature project in 23 years, The Dance of Reality (read the review), a feature documentary mapping his unfinished epic project Dune (read the review), „the greatest film never made“, saw the light of the day. Jodorowsky who will celebrate 90th anniversary next year surprised his supporters when he revelaed his vision to make four more features after The Dance of Reality in order to create semi-autobiographic pentalogy adapting his semi-autobiographic and mytho-poetical novels The Dance of the Reality and Where the Bird Sing Best.

The poet-director managed to shoot a sequel, Endless Poetry (read the review) and has recently announced his next project. It won´t be the next installment reccounting his artistic and philosophical endeavours, however, loyal Jodorowsky readers are very much aware of his several books pondering the combination of art and therapy – psychomagic.

Psychomagic, The Spiritual Journey, Sacred Trickery or Manual of Psychomagic revolve around the topic of healing through psychomagic acts, a sort of symbolistic shamanism and according to Jodorowsky an emulation of the language of dreams in order to communicate with unconsciousness. Furthermore, psychomagic as an aesthetic and philosophy creates the core of Alejandro Jodorowsky's idiosyncratic poetics of civil surrealism – psychomagical realism – traceable in all his works no matter what form.

His next film titled Psychomagic: An Art That Heals focuses entirely on the director´s therapeutic work. „For many years this therapy for the unconscious has been practiced and has given striking results. Psychologists and psychiatrists apply the work of Alejandro Jodorowsky on their patients. Artists and filmmakers have also been inspired by this therapy for their work,“ thus the film will follow people suffering from psychological ailments and their recovery through the psychomagic.

The creators further elaborate the ambition and reason to follow this topic: “The Psychomagic acts should impact the unconscious in order to be efficient. Thus, they are often impressive and highly cinematic. With the film Psychomagic: An Art That Heals, Alejandro wants to go further than ever before, transcending fiction by filming reality, but a heightened reality, magical and healing. There will not be any actors, only real people that have expressed their suffering and their will to heal from it.”

Alejandro Jodorowsky expresses his opinions on art, cinema and business quite frequently and demonstratively that´s why he and his production team decided to pursue the project as an independent venture and again turned to crowdfunding to secure partial financial backing. Besides the usual stuff designed for backers (copy of the film, T-Shirts, tote bags, name in the titles), Jodorowsky is putting his very own currency Dinero Poetic (Poetic Money) back into circulation, this time as a cryptocurrency.

However, he is also throwing on the table treats for his followers and enthusiasts: scripts of his unrealized projects King Shot (a metaphysical spaghetti western) which should be co-produced by David Lynch and star Nick Nolte, Marilyn Manson, Asia Argento and Udo Kier, The Sons of El Topo, a sequel to El Topo, including a signed copy of Dune script.

The project Psychomagic: An Art That Heals can be supported here.