THE UNTAMED Interview: Amat Escalante On His Best Film Yet

The Untamed (aka La región salvaje) is arguably Amat Escalante’s greatest film yet. After dealing with the Mexican drug trade in Heli, Escalante returned with another social drama set in Guanajuato, his hometown. This time, though, there’s a fantastic element without precedent in the director’s filmography.

In The Untamed, a young woman (Simone Bucio) maintains a connection with a mysterious creature that helps her reach the “wild region”; however, these encounters, as exciting as they are, have become life-threatening for the girl, since maybe everything that we have always desired, sexually or otherwise, can actually be destructive. Soon, this character ends wounded in a local hospital, where she meets a male nurse (Eden Villavicencio). The Untamed manages to explore such relevant issues in Mexican society as male chauvinism, homophobia, sexual repression, physical violence and social institutions (from marriage to family), as the male nurse is having an affair with his sister's (Ruth Ramos) husband (Jesús Meza), who has a macho attitude related, certainly, to the big secret.

The Untamed was screened in 2016 at the Venice Film Festival, where Escalante won the prestigious Silver Lion for Best Direction. In Mexico, it was part of Morelia and Mórbido, while in the United Kingdom it was released in 2017 on Blu-ray by Arrow Academy. However, The Untamed had some trouble to have a commercial release in its country of origin, something that is finally happening on Friday, February 2. To celebrate this highly anticipated release, here’s my interview with Escalante, which features excerpts from two different conversations I had with him, one in October 2016 and the other in January 2018. 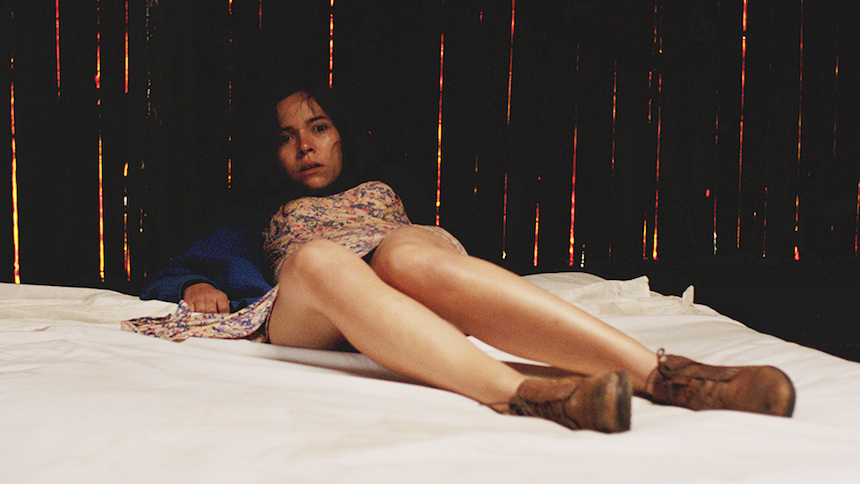 ScreenAnarchy: How was the genesis of THE UNTAMED?

Amat Escalante: When I was finishing the editing process of Heli, I was attracted to the story of a woman who must deal with her sentimental and social situation. I was influenced by some stories and articles from the newspapers.

The first image that came to my mind was the cover of a local newspaper, which had the photograph of a drowned man in the river and the big headline, “ahogan a jotito” [“fag drown”]. That was very shocking; I opened the newspaper and it turns out he was a gay man who worked at a hospital, helping people out, and he ended in the newspaper being denigrated, offended and killed by his sexual preference. I was moved by the fact that nobody in society said something about that cover. That image is in the movie. That’s the beginning of the story.

In that sense, your film is very relevant nowadays. Can you comment on the subjects that you explore such as sexism, sexual repression, the discrimination against homosexuals, and also the jealousy the comes with a relationship?

From that [the image of the newspaper] I decided to tell something bigger and more ambiguous. Those themes came to me as I was seeing many women getting killed. Questioning the violence against women, you think in rejection and hate. If you are attracted to or love something, you don’t kill it. Sexism, homophobia, physical violence and hate against women undeniable exists in countries like Mexico.

There’s a lot of that in Mexico, a lot of sexual repression, and a lot of religion. I began to connect everything and it made sense that from the character of Ángel, the husband who shouldn’t be married to a woman because he’s homosexual, comes the rage. I wanted to explore him, so I show his family, the mentality of his mother and father.

Certain themes and preoccupations have been in all of my four movies, like jealousy, the expectations of society around how you must represent love and life, and the frustration of thinking there’s nothing else aside of what society, parents or the church dictate. Breaking with that is always the way in which a person can try to be more complete. Those themes are dynamic and stimulate the characters to be more unique and freer individuals.

You’ve said that something was missing from the first versions of the script, until the fantastic element arrived. So, what do you think the creature brought to the story?

For me, it was more interesting to represent the answer with the fantastical and science fiction element, rather than giving some sort of thesis or a concrete and not very ambiguous idea. It was more interesting that the audience could bring their own elements and that everything exploded in their heads with ideas and metaphors. 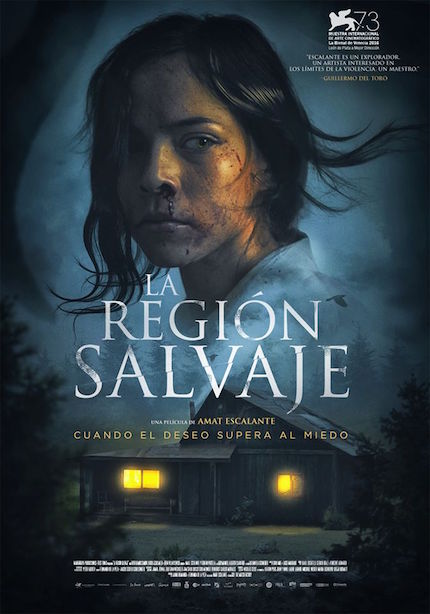 This element, in addition to taking the story to horror, science fiction and fantasy, opens the movie to a direct metaphor of the characters’ external and internal conflicts, and to a real representation of what the characters reject and long for. What they reject and at the same time desire is there, and now it’s physical and it can hurt them or heal them. I felt that made sense and the best way to express it was through the creature. Horror has that capacity, and in the best horror and fantasy films there’s a very direct connection to an internal reality.

Since this is an unprecedented element in your filmography, what was the greatest challenge in order to create the creature?

I was lucky because The Untamed is the first co-production between Mexico and Denmark, so I worked with Danish people like Peter Hjorth, who is the visual effects supervisor. He has been working with Lars von Trier since Dancer in the Dark, and he’s very obsessive and careful with the effects. It’s very important that these effects don’t feel out of place. When I see things that are clearly digital, I reject them easily, so my standard is very rigorous, trying that things look real even if they’re not.

There have been some comparisons with Andrzej Zulawski's POSSESSION. Which were your main influences?

In cinematic terms, I have the same influences that I discovered when I was 15: Stanley Kubrick, Roman Polanski, David Cronenberg, Luis Buñuel and Lars von Trier. There’s a Japanese photographer named Nobuyoshi Araki, and also a lot of music inspired the movie. I was lucky enough to use original music by Guro Moe, and soon there’s going to be a vinyl record. That’s new and interesting for me.

Do you feel this content is inappropriate or infringes upon your rights? Click here to report it, or see our DMCA policy.
amat escalantela región salvajemexican cinemathe untamed