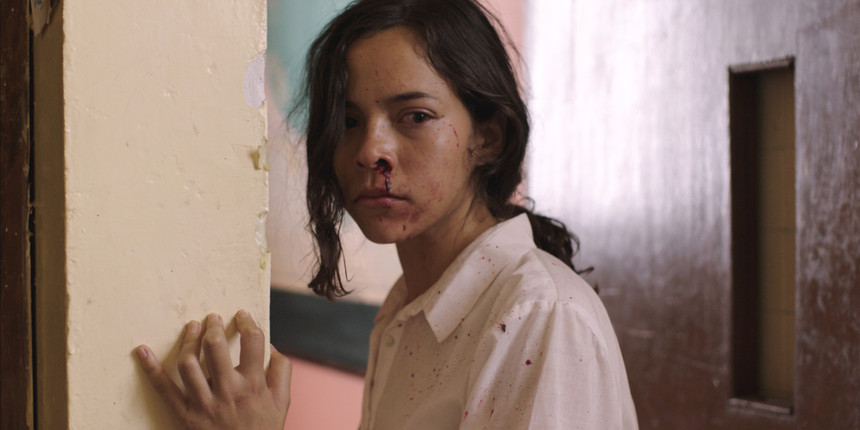 The Untamed (with its healthy nod to Possession) at once gives a realistic yet bleak portrayal of working class life in Mexico, and exalts the importance of sensual pleasure. The clash of values is present: religious ones (Catholic guilt versus earthly nature), sexuality (in a world of machismo, bisexuality is barely even a word), and gender roles. Tipping into magic realism, Escalante weaves a gorgeous yet not entirely unfrightening portrait of what happens both when we ignore and give into our deepest desires.

The main bonus feature is a Behind-the-Scenes featurette, which includes scenes of the making of the film, and interviews with some of the main actors. Like the film itself, there is little exposition; instead, we are dropped into the scenario. It would be best to view it after seeing the film to avoid any spoilers. The interviews with Ruth Ramis (Alejandra), Jesús Meza (Ángel), and Simone Bucio (Vero) are enlightening in their discussions of their process to bring their characters to life, and the challenges with such unusual material. In addition, we get to see some of the scenes in which the creature is used; this might arguably take away from a bit of its magic, but its lets the audience see both the complications of these scenes, and the efforts by the crew to bring its strange beauty to life. Not only is the film one you'll want in your collection, but this featurette gives the film extra weight and clarity.

Bonus Features include the Behind-the-Scenes featurette and the original theatrical trailer, and can be is available on both Blu-ray and DVD from retailers online and in person (I plan on buying a copy today).