Sundance 2018: Listen To An Exclusive Song From Panos Cosmatos' MANDY 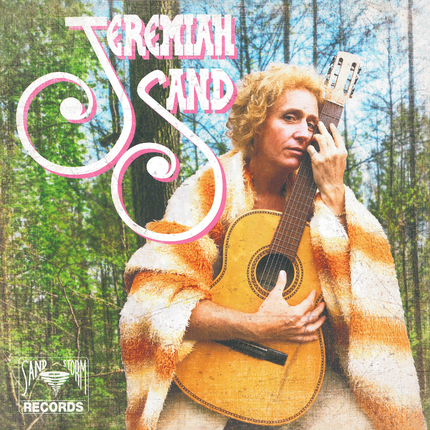 Beyond The Black Rainbow director Panos Cosmatos returns to the big screen tonight with the world premiere of his sophomore film, Mandy, at the Sundance Film Festival. And part of what that means is that the world is about to be introduced to the charismatic villain of the film, Jeremiah Sand. A cult leader and former folk singer, Sand is a compelling feature and you get an early taste of his particular brand of megalomania now.

Lakeshore Records will be releasing the complete Mandy Original Motion Picture Soundtrack, featuring the score by Johan Johannsson, and in the lead up to that are releasing today on iTunes and Spotify - and handing out physical singles to those attending the premiere! - an original track by Jeremiah Sand himself titled Amulet Of The Weeping Maze.

Music here is by Milky Burgess with the track produced by Randall Dunn (Sun O)))). Lead vocals by Jeremiah Sand with Faith Coloccia and Monika Khot singing backup and Hans Tueber on the flute.

Mandy is set in the primal wilderness of 1983 where Red Miller, a broken and haunted man hunts an unhinged religious sect who slaughtered the love of his life.

Check out the song below!

[XYZ Films - where I am head of international acquisitions - is all over this one as one of the production companies behind it and the international sales agent. So, y'know, full disclosure and all ...]

Do you feel this content is inappropriate or infringes upon your rights? Click here to report it, or see our DMCA policy.
Beyond The Black RainbowJeremiah Sand