Friday One Sheet: The Best Posters of 2017

We are only into the second entry of this column, but it is the season, so please enjoy the best 10 posters of 2017 (and a single reason why they were selected) in the gallery below.


J Hurtado and Swarez contributed to this story. 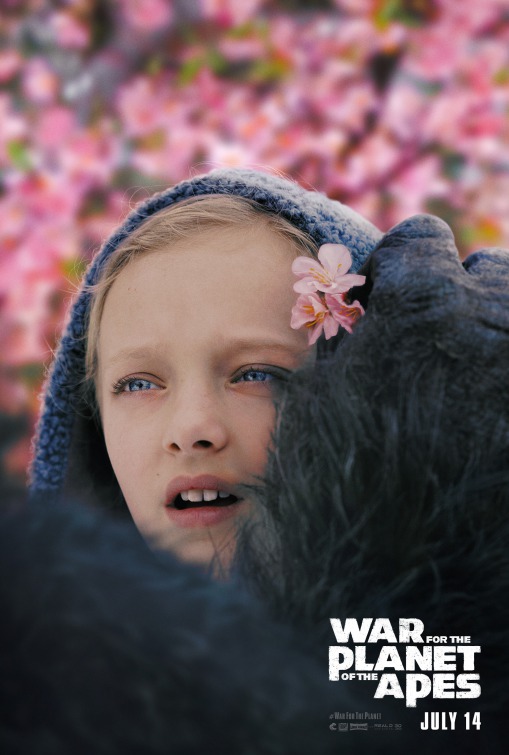 By far the biggest trend in posters was the colour pink, it was a banner year as evidenced by everything from Baby Driver to Raw to The Beguiled to the XX anthology, and many more. But the best of the plethora of pink posters was the cherry blossom accents on this War For The Planet of The Apes key art. 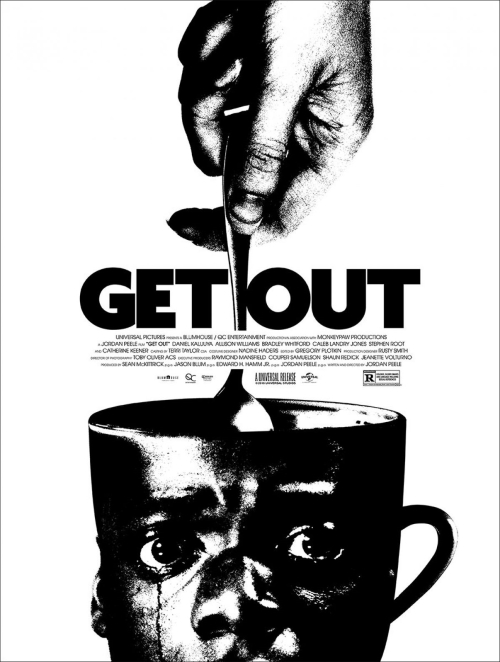 Mondo's potential-spoiler monochrome ode to horror and surrealism for Get Out was eye catching for its minimal weirdness. This could easily have been a polish movie poster from the late 1970s. 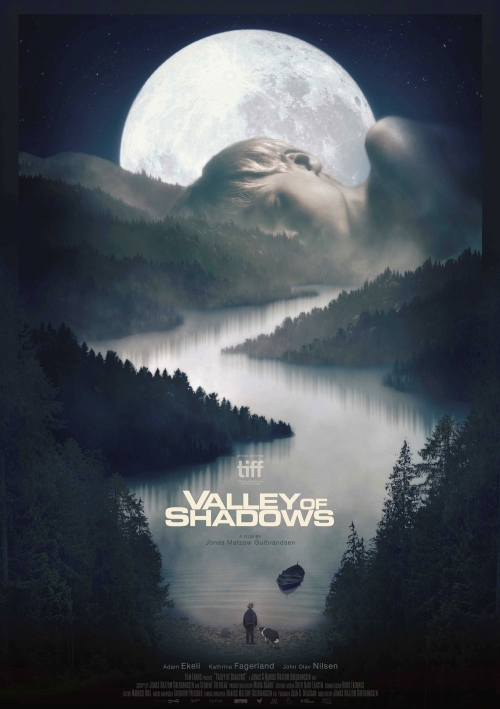 The festival poster for Norwegian art-house fairy tale, Valley of Shadows, underscores the journey and the dreamscape contained in the film. 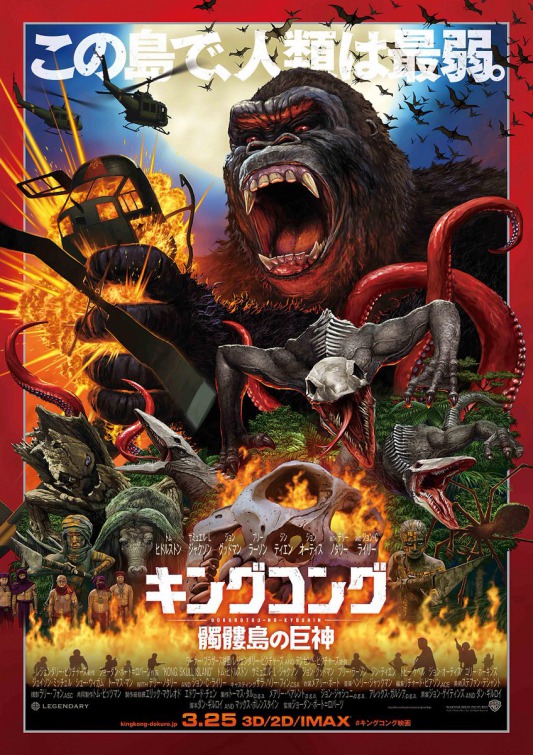 As intense collage goes (and indeed this is a blockbuster cliche) nothing was better than the hand drawn, Apocalypse Now inspired King Kong: Skull Island design. 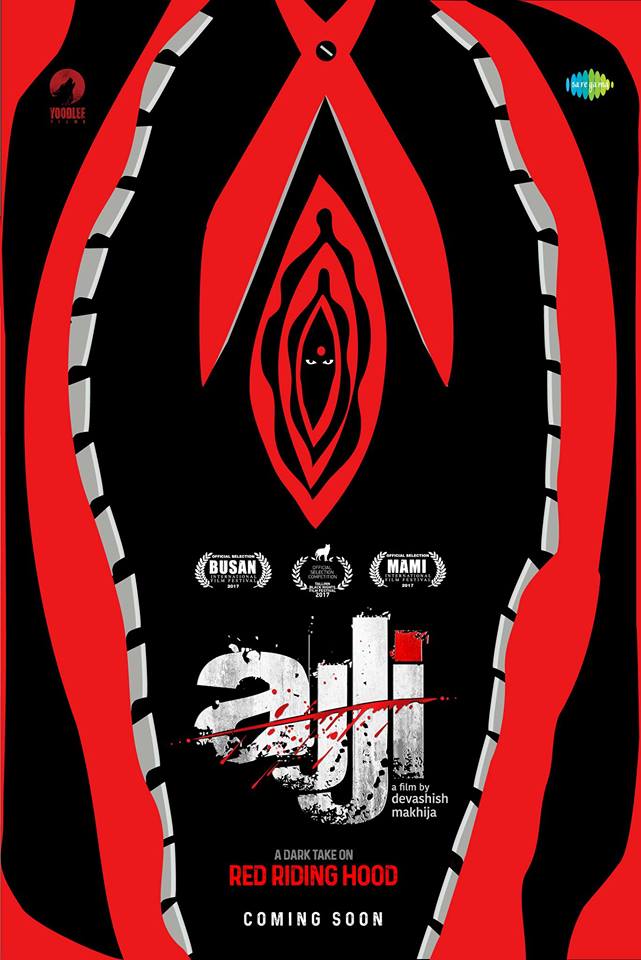 As a big fan of the three colour print, the clearly marked, "Dark Take on Red Riding Hood," Ajji is not lacking for design elements (bodies, hearts, scissors, zippers (or is it razor blades?) to pull the eye. 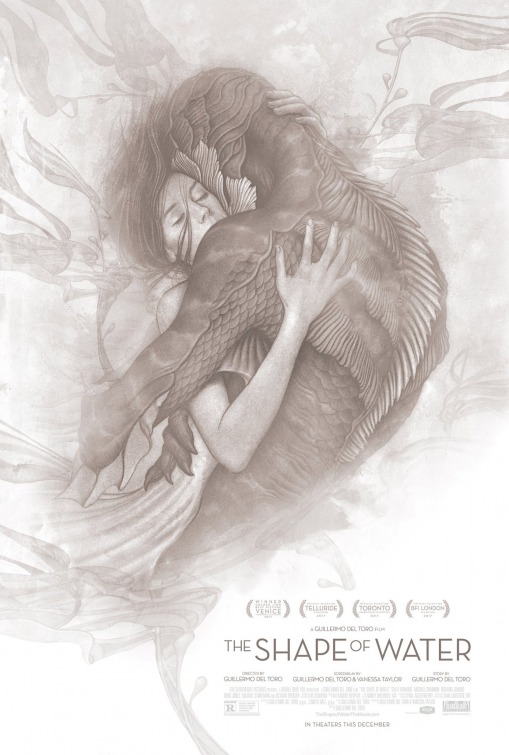 Charcoal is a bold choice for a movie poster, and it works to magnificent effect in highlighting the mood and tone of The Shape of Water 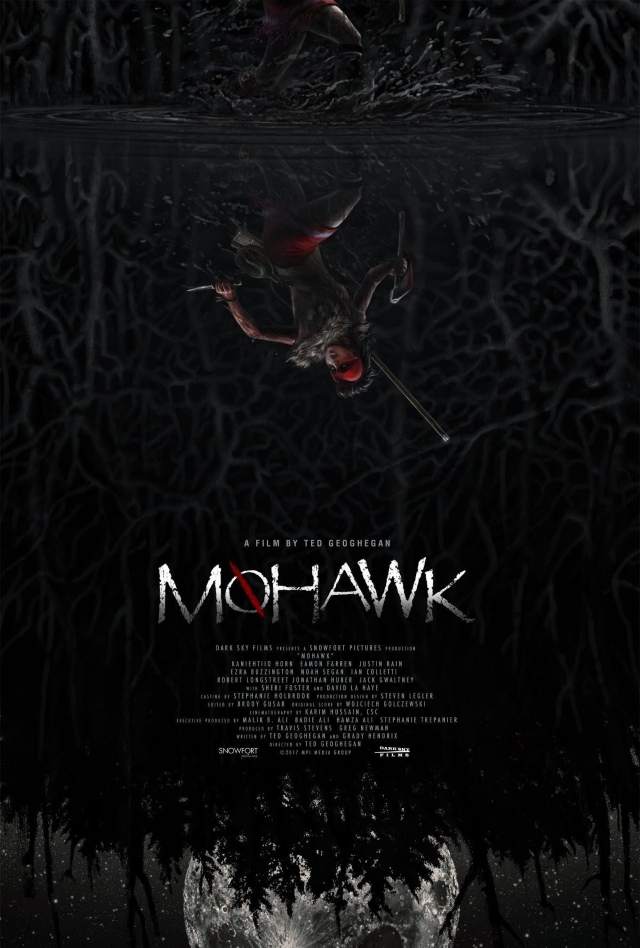 Black is a very unusual colour to use in a poster, which makes the design of Mohawk really stop a viewer in their tracks. Couple that with the fact that we are looking at a reflection, and that stunning moon at the bottom, and we have one of the most unique poster designs of 2017. 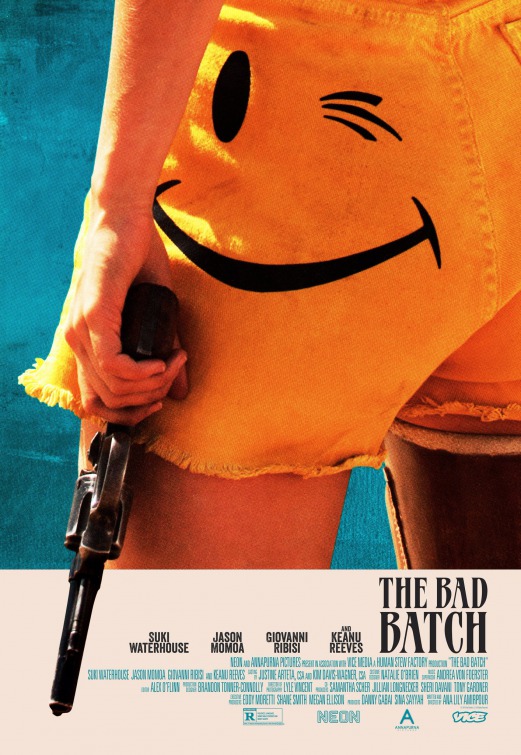 With their pulp novel-cover aesthetic and ITC Benguiat font (See also, Stranger Things, and every Stephen King novel published in the 1980s), this poster for The Bad Batch also injects some 21st century modernism in there with the emoticon booty shorts. 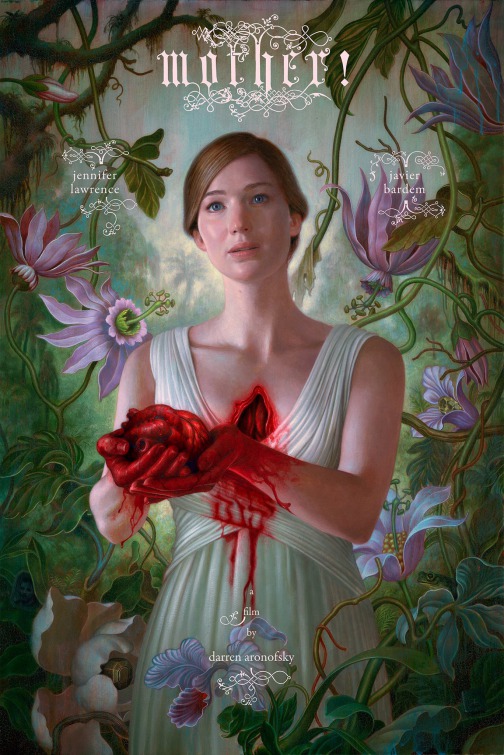 I am a sucker for hand drawn posters, and none were better in this department than the aggressive art work for Darren Aronofsky's provoking cinematic allegory, mother!. Show us your heart, Ms. Lawrence. 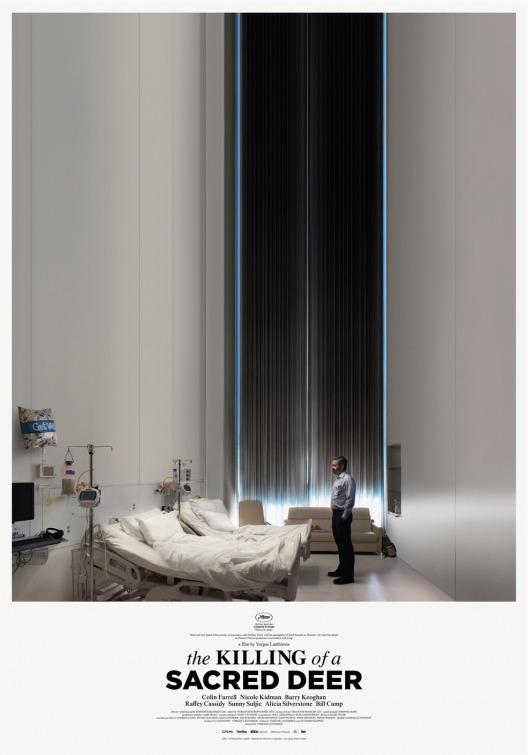 The best use of vertical space I have ever seen in a movie poster, (itself a very vertical object, unless you are in Britain where they favour the landscaped Quad design). The poster for Yorgos Lanthimos' The Killing of A Sacred Deer is good design in terms of both creating an air of mystery (the subject of the film) as well as marvellous use of negative space. (My lord, those curtains!) 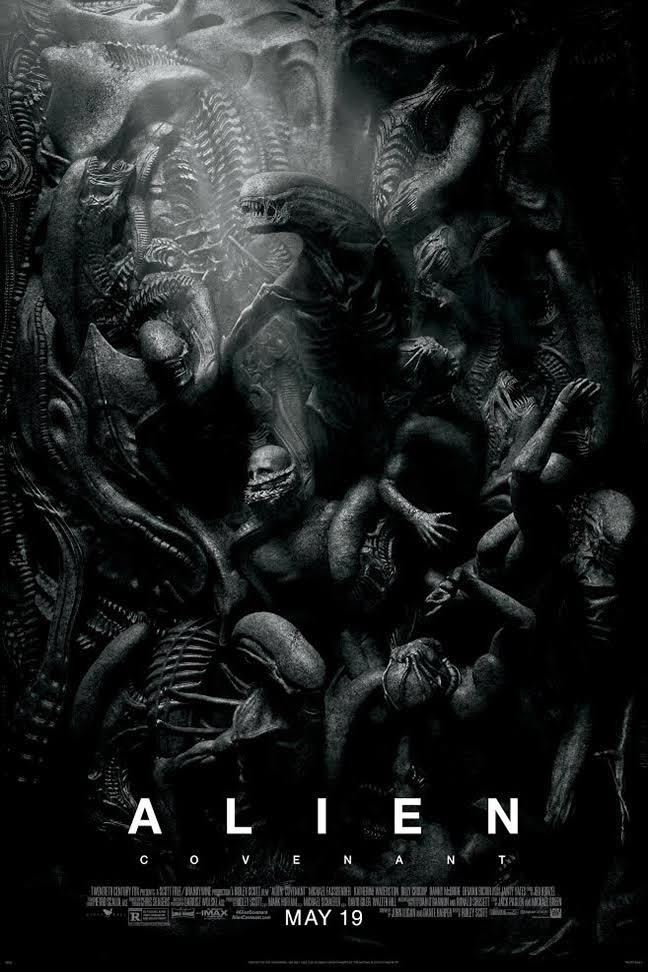