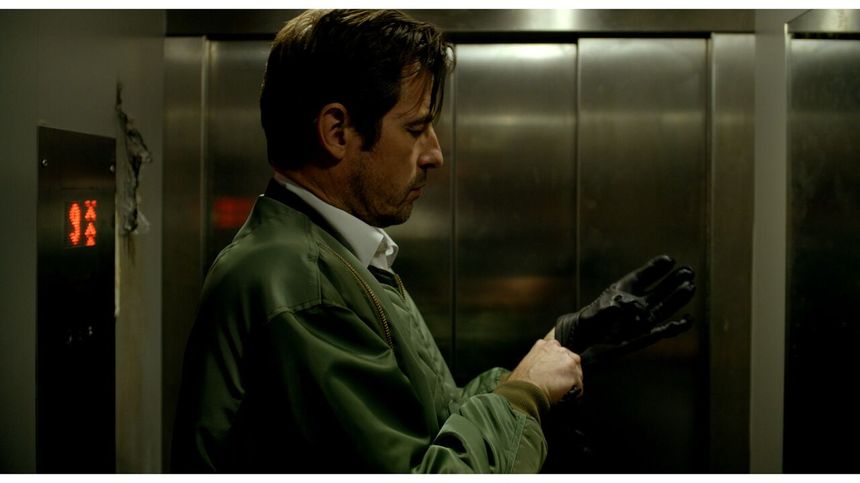 Winner of this year's Palme d'Or at Cannes, The Square is a rare feat: an intellectual crowd-pleaser, equal parts funny and revealing. Claes Bang is excellent as our protagonist Christian: a successful, fairly thoughtful, and ostensibly moral man who nevertheless finds himself at the center of a series of absurd and increasingly baffling situations. The curator of a world-class art museum, Christian's suave, elite-chic guise is belied by pretentious, self-serious tendencies—which director Ruben Östlund systematically lays bare throughout the film's 145 minutes. After Östlund's wonderful Force Majeure (2014), it's difficult to imagine a male director better suited to tackle the subject of tremulous masculinity in the face of weighty societal expectation.

Things in Christian's expertly tailored life start to unravel when, on his way to work, he falls victim to a pick-pocketing ploy. Inspired by an experience Östlund himself endured, the scene involves a woman screaming for help, claiming a man is trying to kill her. Christian, along with another onlooker, are (eventually) moved to act, while throngs of other pedestrians ignore her. After she and her assailant are neutralized and move on, the two men pat each other on the back and marvel in their shared adrenaline... before Christian realizes his phone, wallet, and cuff links were lifted in the kerfuffle.

It doesn't help matters that a major new exhibition is gearing up to install at the gallery: the titular The Square. The project has a seemingly simple message to relay: that everyone who steps inside the square (a simple chalk outline on brick) is on equal footing while inside it, no matter their social or economic status. Yet, the museum intends to drum up a high amount of anticipation for the event, specifically in the oh-so-desirable form of social-media buzz. In order to assure this, the museum enlists two mop-headed mimbos on the recommendation of their more- established (though equally vapid) father. They are tasked with coming up with something that's edgy and attention-grabbing, so as to maximize the potential that their campaign will "go viral." Naturally, a situation ripe for a massive misstep.

Meanwhile (bear with me, this is a very plotty film, and I'm still only giving the basics), Christian has tracked his stolen phone to an apartment building in a seedier part of Stockholm. Egged on by his employee-cum-co-conspirator, Michael, Christian finds himself drafting up a threatening letter and depositing it into the mail-slot of every resident in the tower. This makes for a hilarious scene involving a Tesla and one of the year's funniest musical cues.

Suffice it to say, Christian proves woefully unequipped to juggle the many disparate balls in the air. Unrelated tangents collapse in upon him all at once, the resulting outcome playing out like a an absurdly comical car crash wherein the victims are pride and the male ego. Elisabeth Moss's turn as an incredulous American journalist sexually drawn to Christian—her housemate is inexplicably a chimpanzee, echoing Holy Motors, another brilliant satirical odyssey—is delightful; and motion-capture veteran Terry Notary is appropriately disconcerting as a performance artist ape man.

Where Force Majeure was a neater, tighter package with which to deliver an acerbic message, The Square is an atom bomb of ideas and observations. There is some frivolous debris to be found on site, but the core components are undeniably, unshakably recognizable. It holds a cracked mirror up to our current time, in a way that—remarkably—doesn't feel exaggerated nor likely to soon to become dated. Östlund is proving himself to be a keen observer of the human (specifically, male) condition, and one who can draw humor from its depths without losing any empathy along the way.