It was just under two weeks ago that we shared the first teaser for South African urban fantasy Apocalypse Now Now - adapted from Charlie Human's novel by director Michael Matthews and writer-producer Sean Drummond (the creative team behind upcoming western Five Fingers For Marseilles) as a precursor to a feature film currently in development with District Nine writer Terri Tatchell - and with the full short film due to premiere tomorrow on Short Of The Week we've now got some brand new poster art to share.

Snarky, monster-porn-dealing teen, Baxter Zevcenko, might be a serial killer. His girlfriend, Esme, is missing, and he’s the prime suspect.  To clear his name, he’ll turn to Cape Town’s grizzliest, drunkest bounty hunter, Jackson ‘Jackie’ Ronin. Little does he know that Ronin is a supernatural bounty-hunter, and that he’s about to be dragged headlong into a deep, dark Cape Town underbelly full of monsters and myth, shadowy government forces, bloodthirsty crow-men and a conspiracy across time and space.

This new art comes courtesy of Simon Berndt whose work you can find here. Check it out below and remember you can click to enlarge! 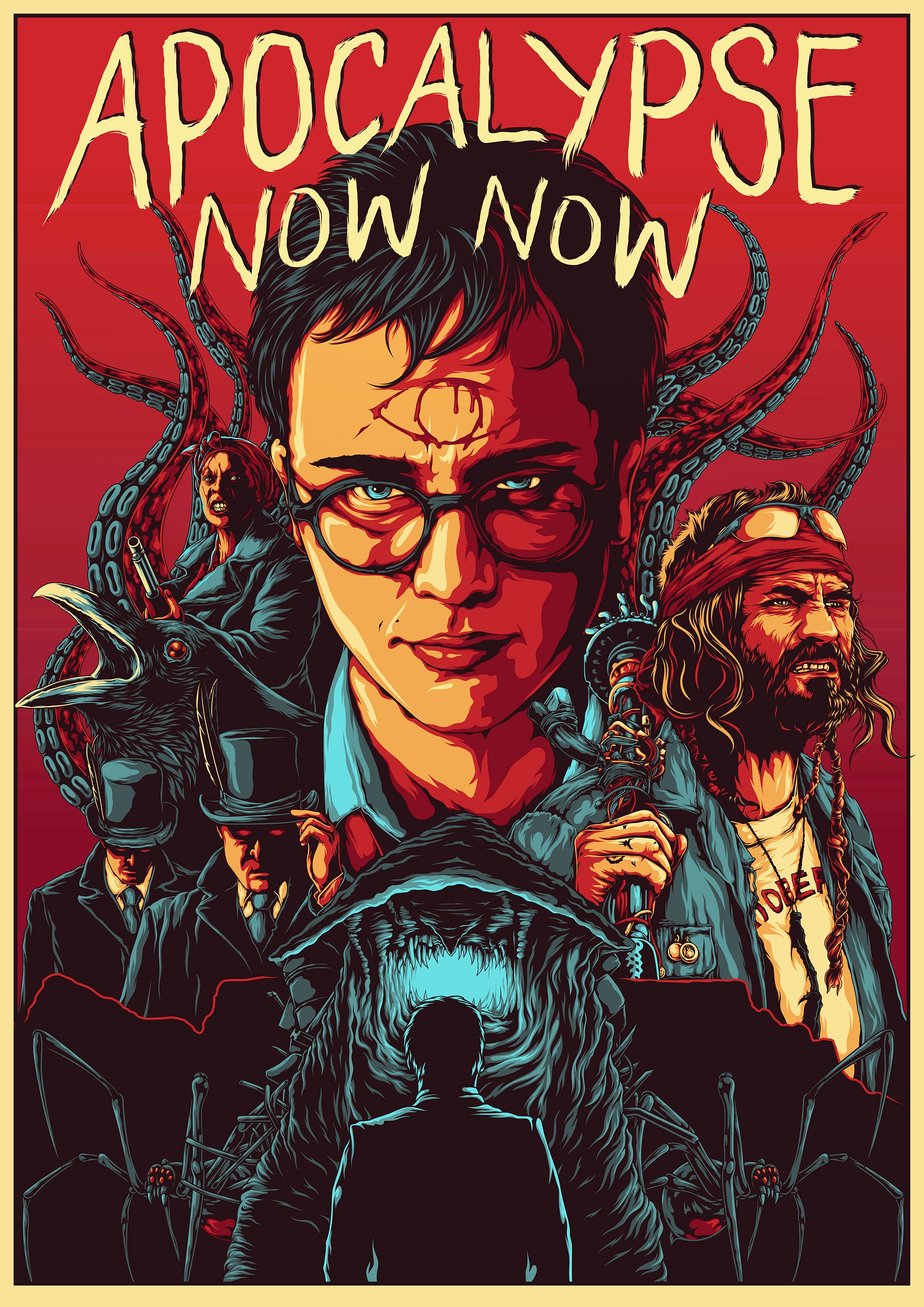