Cannes 2017 Dispatch: NEXT VR Round Up

To call the Cannes Film Festival one of the most elitist film festivals on the calendar is not an unfair assessment. This is doubly true when it came to this year's first ever VR entry into the official program. It was nigh on impossible to get a screening slot for the offsite VR experience by Alejandro González Iñárritu, Carne Y Arena. Therefore, you're not going to find anything about that here.

But just because that piece was the only "official" VR piece in the festival, that's not to say there wasn't plenty of VR to see at Cannes. In fact, the Cannes Marche du Film's NEXT VR program has grown to be one of the largest exhibitions of VR in the world. This year it took over the space in the basement that would later turn into the short film corner, a far cry from the small (but very comfortable) outdoor space that NEXT occupied last year.

While some programs like those at Tribeca and Sundance tend to focus on world premieres of the latest VR experiences, NEXT casts a much wider net. That's because NEXT is technically part of the Market at Cannes and therefore the exhibition is geared towards selling rights. But while this is ostensibly the goal, the VR market has yet to mature to the place where there was much deal making happening this year. But this sort of commerce is right around the corner and NEXT is perfectly situated to play the same role for VR that the Marché does for film when that maturity arrives.

In the meantime, NEXT is an incredible place to see a ton of VR. Many of the notable pieces have already been discussed in past VR roundups, but here are a few of the pieces we were able to experience for the first time at Cannes. 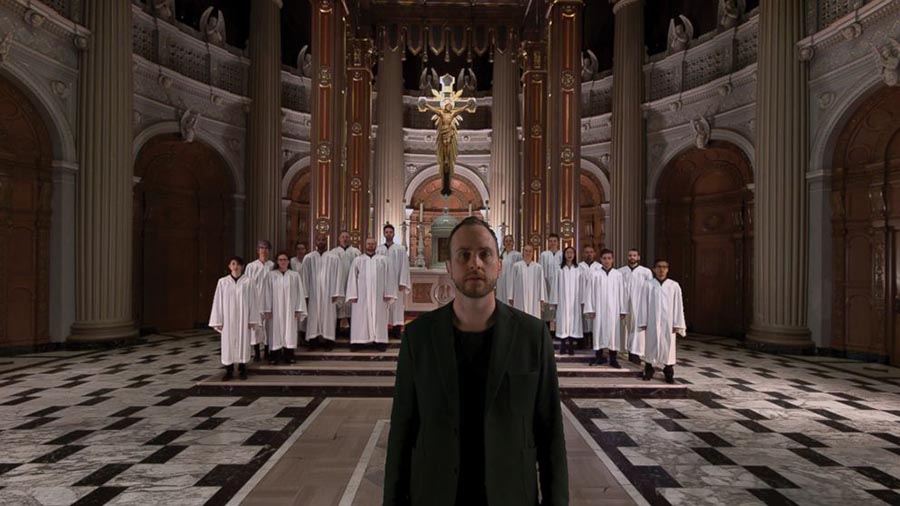 One of the most talked about debuts from the Tribeca VR program was Hallelujah. Created by Zach Richter, Bobby Halvorson, and Eames Kolar, in close collaboration with Within and Lytro, the good folks from Lytro were at Cannes demo-ing the resource-intensive piece for all comers. This piece is most notable as the first experience to be made using Lytro's volumetric capture technology. Without getting too technical, this allows live action capture of 3D objects. So whereas if you wanted to walk around an object in space previously, it would have to be a computer generated (i.e. animated) object or character. But with volumetric capture, that means live action video can be interacted with in a 3D space.

The application here is great and really quite moving. Hallelujah features musician Bobby Halvorson singing the Leonard Cohen classic, first in a black void. Multiple Bobbys appear around you, each harmonizing a different part of the song. The audio engineering is brilliant and it was great to actually close my eyes and be completely surrounded in the beautiful music. Then void disappears and Halvorson is in front of a choir in an opulent cathedral. The experience of the cathedral is breathtaking. This is just the beginning but volumetirc capture is quite obviously the way VR is headed. 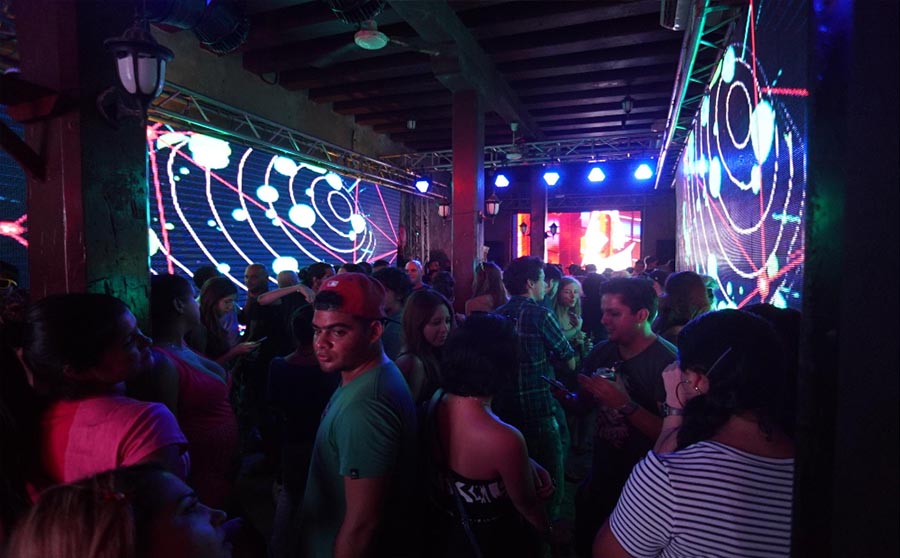 Part of the Emerging Trends in 360 Documentary Storytelling program, Fifer Garbesi's ¡Viva La Evolución! transports you to Havana, Cuba to explore the underground dance music scene. There you meet the godfather of Cuban electronic music, Joyvan Guevara, and go to a sweaty Cuban rave in an old fort on the sea. It's both a wonderfully visceral and informative piece and points to very exciting future work from Garbesi. 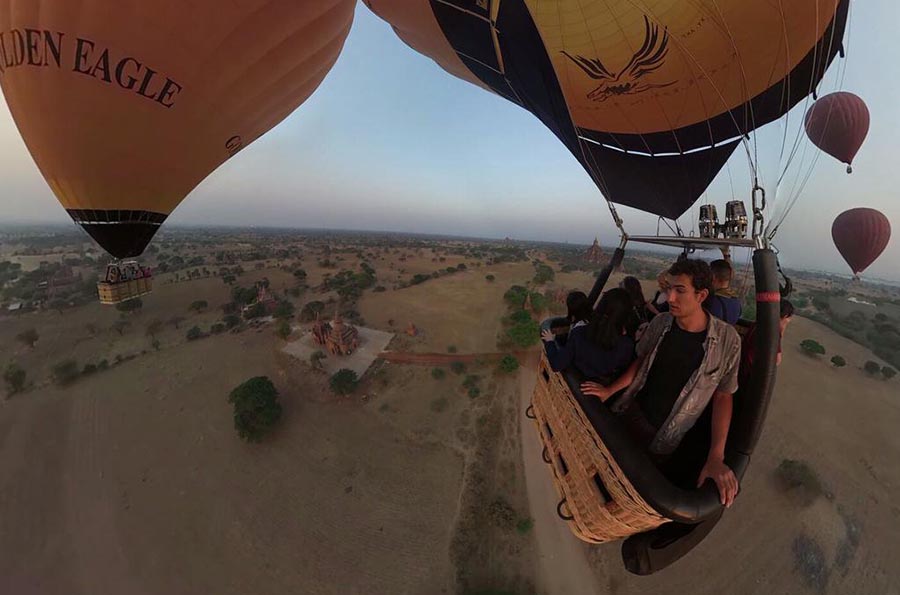 Another impressive example of indie 360 documentary filmmaking is Daniel Bury's Chasing the World: Myanmar. This first part of a 6-part series that follows Daniel to such exotic destinations as Nepal, Brazil, Peru, the Philippines, and Colombia features both remarkable cinematography, and a subtly moving story. This is a truly indie project as Daniel self-funded the entire project on his own while traveling the world, building the camera rigs, filming, narrating, editing, stitching and sound mixing the projects himself. 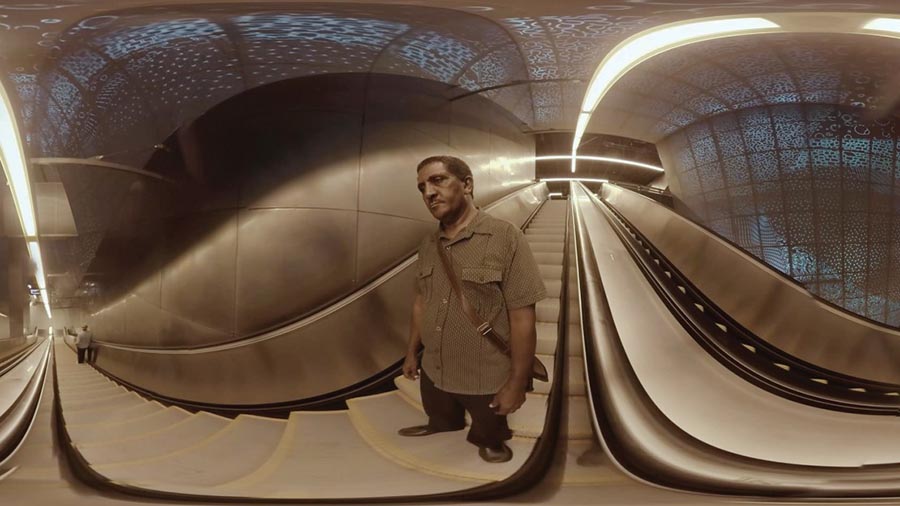 On the narrative side of things, another Tribeca-premiering piece on display at Cannes was Steven Schardt's Auto. This 360 narrative tells the story of an immigrant taxi driver's family who is affected by the coming revolution of self-driving cars. It's a timely piece and watching it using another nascent technology is certainly effective. 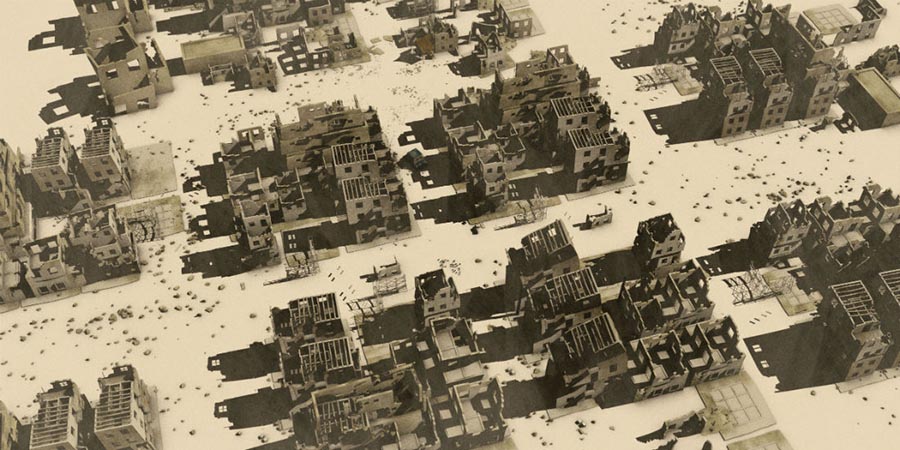 Finally, one other piece worth mentioning that is actually available to be seen now is the partially animated documentary Bashir's Dream by Angel Soto and Ryot. Screened in the same Emerging Trends in 360 Documentary Storytelling program, this piece is a moving story of a young Syrian refugee in Jordan, confined to a wheel chair after being shot by a sniper. It's a sad but also hopeful piece and a beautiful example of how both 360 video and animation can be used to great effect in documentary storytelling.