It's unclear if it's the New York setting or where it falls on the calendar, but Tribeca has emerged as one of the very best places to debut new VR and 360 content and the 2017 program is no exception. Undoubtedly the hard work of the VR programming team is a big part of this and they've certainly outdone themselves with world premieres from many of the top VR content creators like Penrose and Boabab Studios to very interesting indie artists. We've had the pleasure of experiencing the majority of what's on hand at this year's "Virtual Arcade." Let's dig in. 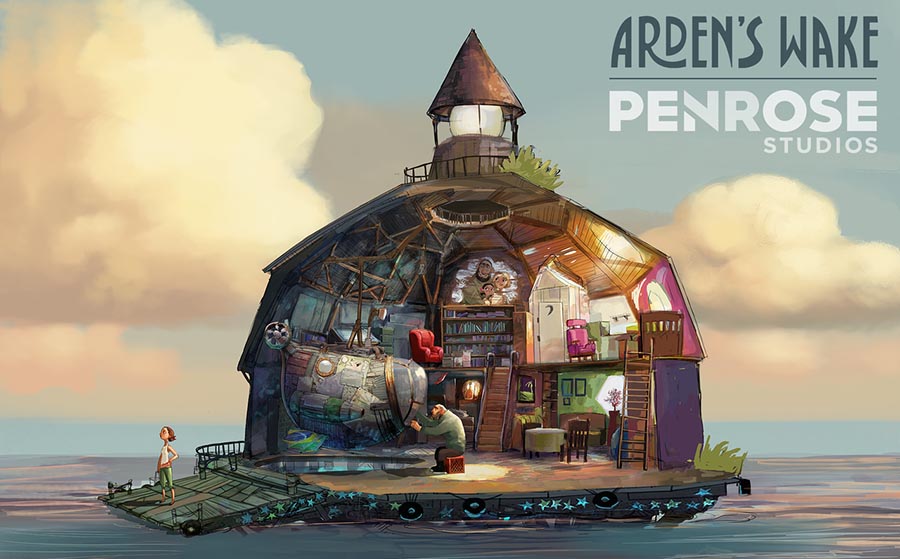 Penrose Studios' Allumette impressed everyone last year with its emotional story, highly detailed 3D modeling, and fully inhabitable world design. Their even more ambitious follow-up Arden's Wake builds on all of these elements and adds a more expansive and engaging narrative structure that leaves you wanting more. This first chapter (dubbed a prologue) takes place on a small island outcropping where a father and daughter live a sparse, steam-punkish existence. Again, the dollhouse-like design is employed by Penrose to create a gorgeously detailed structure that your God-like omnipresence can explore for all kinds of rewarding discoveries. The world hints at big secrets as well and the well voiced dialog (a new edition to Allumette's dialog-free narrative) draws the guest in to leave them eagerly anticipating further chapters. Chapeau!

In similar fashion to Penrose, Baobab Studios has distinguished itself as an early leader in the animated VR landscape. Like their earlier pieces Invasion! and Asteroids (the latter of which just world premiered at Sundance a few months ago), the new property Rainbow Crow is the brainchild of Eric Darnell, Baobab's Chief Creative Officer and the director of all four films in Dreamworks' Madagascar franchise. The Rainbow Crow content on hand at Tribeca is very much just a prologue but the stylized Native American-inspired story looks to be an incredibly lush and cool world to explore in the chapters to come. The piece eschews some of the gamified interactive elements found in Asteroids and also hints at some innovative attention devices such as using dynamic lighting to hint the guest where to look, somewhat akin to stage lighting. Rainbow Crow is executive produced and will feature the voice and music talents of John Legend alongside 82-year-old Kiowa-Caddo tribal elder Randy Edmonds, Diego Luna, and Constance Wu. 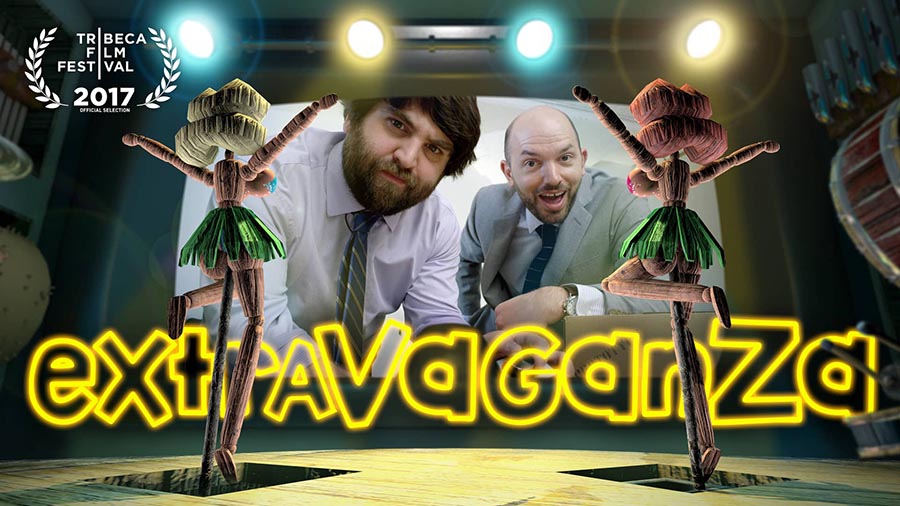 But it's not just the well-funded studios that have impressive pieces at Tribeca. The indie wave of VR is here and one of the standout creators looks to be director Ethan Shaftel. His debut piece Extravaganza stars comedians Paul Scheer and John Gemberling in a totally entertaining and impressive mixed live action/animated experience. The biting satire places you inside the body of a wooden character in some sort of strange miniature menagerie. The 360 elements are beautifully rendered around you in a way that fully engages with the medium. What's most impressive is how well realized Shaftel's concept is here. Not only is it fun and funny, but it feels complete. Just a well-designed and perfectly executed 360 short. It will be very exciting to see what Shaftel comes up with next.

Also perfectly executed and complete is the New York Times documentary Under a Cracked Sky. This 360 piece takes the guest under the ice with cold water scuba divers at Antarctica's McMurdo Station. The dulcet narration paired with the gorgeous blue glow of freezing water all around you has one of the most viscerally calming 360 experiences you can find. It's also totally fascinating. This is a must-see when it becomes available in late May on the NYT VR app. 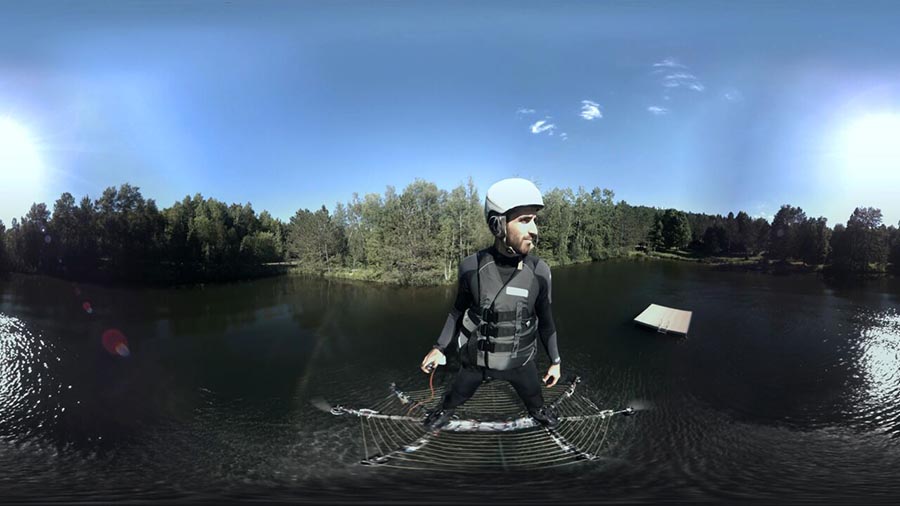 Chris Milk's Within is at Tribeca in full force (after revealing their cool new logo) with three pieces. Life of Us, which premiered at Sundance, is a co-operative experience that takes two people through the evolution of life on earth in totally stylized and fun way. This beautiful piece isn't exactly narrative but is a fascinating experiment in interactivity in VR. Within also premiered the final episode of their 360 docu series The Possible with Hoverboard directed by David Gelb (of Jiro Dreams of Sushi and Chef's Table fame) with Within's Dan Coplon. This totally thrilling 360 experience looks at how some crafty inventors have created a six-propeller hexacopter that can actually fly with a human on board -- an obvious subject for immersive 360 and one that is totally fun and very well executed. It's available now. Finally, Within is also premiering their Zach Richter-directed VR music video Hallelujah which we didn't get to try out but is notable as the first VR piece to be released using Lytro Immerge volumetric technology. We can't wait to try it.

Felix & Paul Studios are on hand at Tribeca as well with the world premiere of the full 20-minute version of The People's House. Essentially an extended version of the previously released 8-minute preview, The People's House is an immaculately executed tour of the White House by Michelle and Barak Obama and is sure to make you reminiscent for a simpler time of American politics. 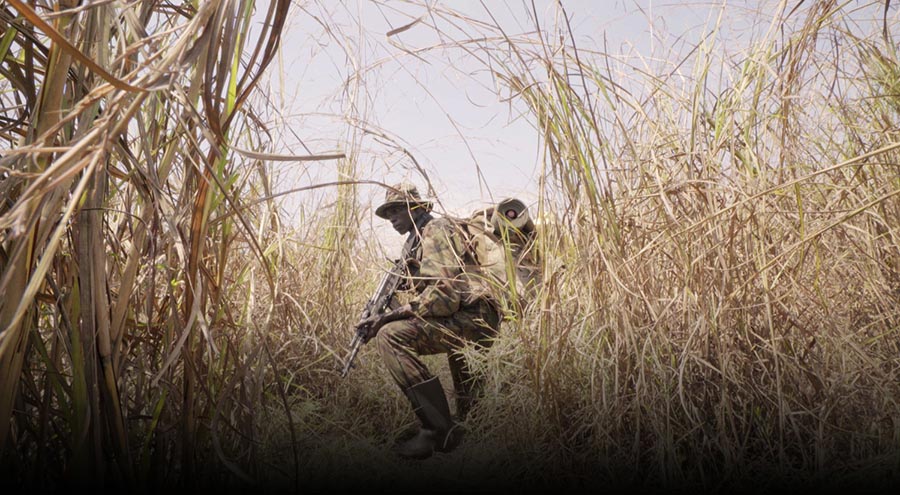 Another high profile 360 documentary piece premiering at Tribeca is Kathryn Bigelow and Imraan Ismail's The Protectors: Walk in the Ranger's Shoes. Made as a collaboration between National Geographic, Chris Milk's Here Be Dragons, Annapurna Pictures, and African Parks, this piece is an incredibly immersive look at the Congolese rangers of Garamba National Park that risk their lives every day to try to protect wildlife from poachers. It includes some pretty graphic material but it done with the professionalism you'd expect from a big name like Bigelow.

Two projects dealing with trauma at the fest take very different approaches to the idea of immersive experience. Becoming Homeless: A Human Experience, created by Stanford University's Virtual Human Interaction Lab is a slightly gamified narrative that invites the guest into the body of a person going through struggles of losing their home. Zohar Kfir's Testimony deals with the topic of sexual assault through a unique segmented series of survivors discussing their trauma. It employs an odd "must be looking" method to hear the testimonies which feels antithetical to the idea of immersive VR but it is certainly emotional. 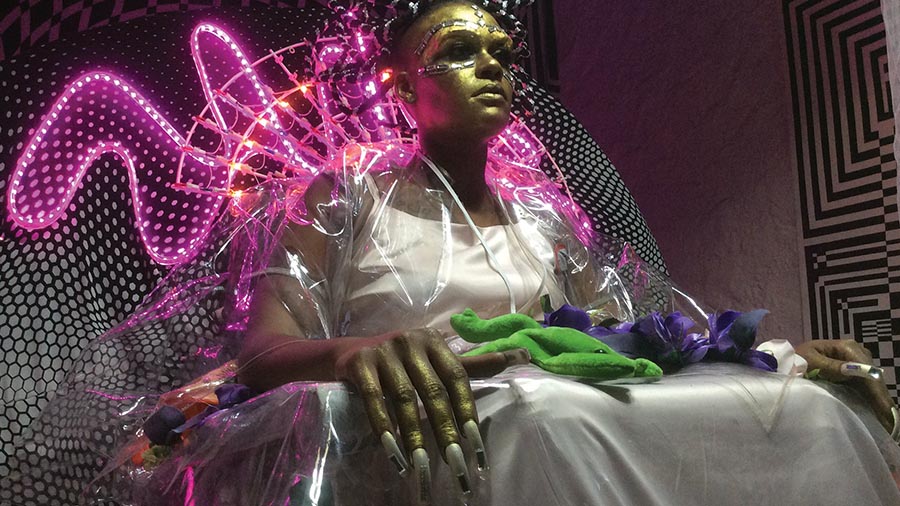 One of the more indie and unique pieces in 360 today is Senegalese fashion artist Selly Raby Kane's The Other Dakar. This super weird and wonderfully stylized narrative is an Alice in Wonderland-esque story of a girl navigating Dakar's surreal mythology in an artistic style that is completely unique. It points to very cool things coming from places we haven't seen many VR creators from yet.

France is represented in the Virtual Arcade as well with Alexandre Perez's Sergeant James, an innovative and well-executed 360 narrative that places your presence under an imaginative child's bed as his mom struggles to get him off to sleep. Once the lights are out, the room comes to life with intrigue. Toys seem to be a common motif as we saw in Felix & Pauls' excellent narrative Miyubi, a trend that might speak to the childlike imaginative power this new medium presents. 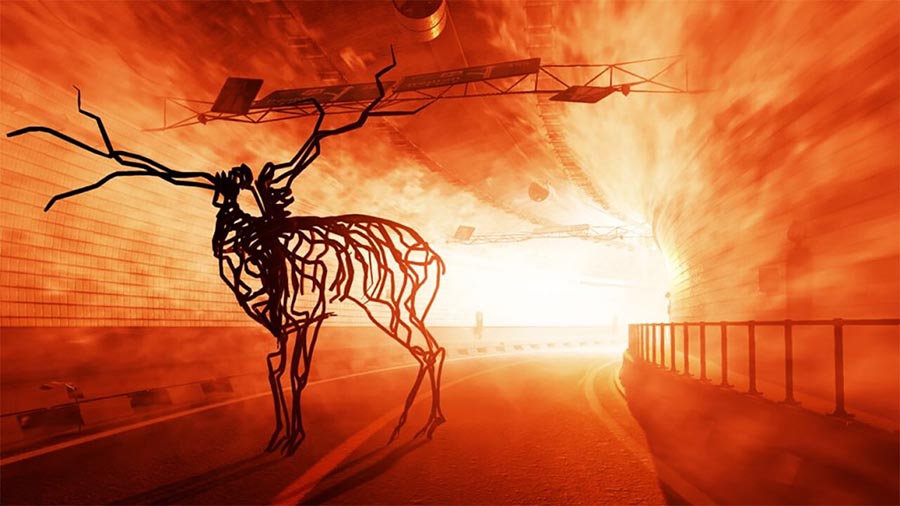 Other pieces making their debut at Tribeca includes the trippy 3D-rendered room-scale narrative Remember: Remember by Kevin Cornish. The piece on hand was just a prologue but the alien abduction narrative has some good scares. Apex by Arjan van Meerten with Wevr and Kaleidoscope VR is a cool music video art project that offers a glimpse into some sort of apocalyptic future complete with weird 3D creatures. The flame effects are particularly cool. Finally, Kite + Lightning's Bebylon Battle Royale takes you into a bizarre world where adult-aged babies fight for riches. It's a pretty intriguing world but the experience right now is just a standard 3D fighter without much in terms of VR integration. We'll keep our eyes out for more from this property in the future.