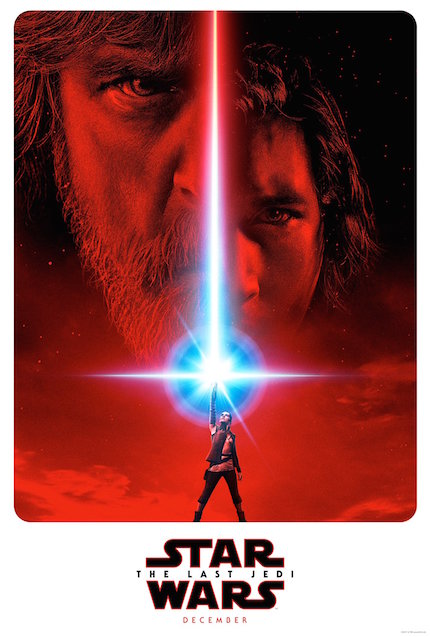 Disney and Lucasfilm have dropped the teaser trailer for Rian Johnson's entry in the Star Wars series, The Last Jedi, which for us old school fans we'll fondly call Episode VIII.

Of course, Star Wars is such a behemoth that you aren't even reading my feeble words any longer and are instead watching the teaser below.

But if you were still reading, you'd probably agree that Star Wars is so all powerful that a new film in the series would still make a billion dollars at the box office even if Disney chose not to market the thing. That is to say, they could totally coast when it comes to the marketing of these sure-fire bets, but they don't. They give the fans exactly what they want and what is needed: a little bit of everything... Rey training, Poe running, Kylo slashing, Finn... hibernating? But seriously, it's bombastic and colorful and brings the chills to one's spine. It certainly feels more dire than early adverts for its predecessor, The Force Awakens, but that's because we know something of what's at stake. And we have Luke Skywaker narrating the whole laser blasted affair with some major gravitas. Indeed, when he tells Rey to "breathe... just... breathe" it's not only a message for our young heroine, but surely also for us, the audience about to take in fresh images from a new Star Wars.

Meanwhile, how are people feeling about Luke's final line in the teaser? I for one, am digging it. Now! if you still haven't watched it, do that, then chime in the comments below!

Do you feel this content is inappropriate or infringes upon your rights? Click here to report it, or see our DMCA policy.
daisey ridleyjohn boyegamark hamilloscar isaacrian johnsonstar warsstar wars the last jediteaser trailer