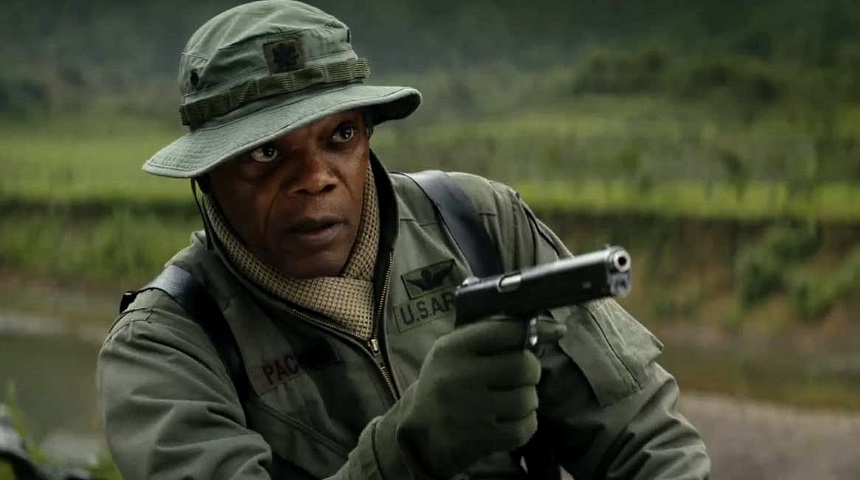 King Kong has returned to cinemas worldwide in Kong: Skull Island, causing a wide variety of reactions among audiences. Our Kwenton Bellette hated the film and told us so in his review. Me, I had a blast with it. Hey, tastes differ!

All Kong films need for the big ape to face some formidable enemies, preferably of human and/or monster variety. Kong: Skull Island delivers both, and on the human front we get Lieutenant Colonel Packard, played by one of the best actors on the planet: Samuel L. Jackson.
In this role, Jackson falls back on his usual dry sarcasm, intensive scowling and plenty of expletives, and he could probably have phoned this part in, in his sleep. At the same time he gives it his trademark believability, and he seems as ageless and larger-than-life as the monsters on Skull Island. It's as if we can safely assume that 50 years from now, we'll still gleefully watch him do the exact same things which made him a world famous legendary actor 25 years ago...

So he is our actor of the week and we want you to tell us what, in your opinion, was his best performance. Did you like him best funny or serious? Was he lifting you up or devastating you?
Chime in, in the comments below!