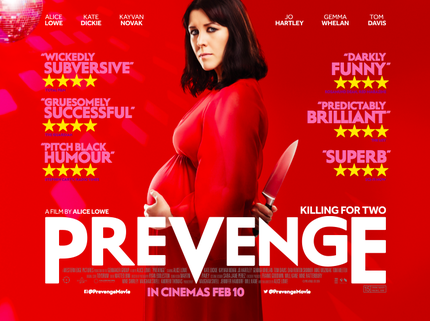 Alice Lowe, co-writer and star of Ben Wheatley’s Sightseers and a familiar face from some of Britain’s best comedies of the past few years, is almost ready for the UK release of her debut directorial feature. Prevenge premiered at Venice Film Festival Critic’s Week and has subsequently generated considerable word-of-mouth buzz.

A pitch black, wryly British comedy, PREVENGE follows Ruth, a pregnant woman on a killing spree that’s as funny as it is vicious. It's her misanthropic unborn baby dictating Ruth's actions, holding society responsible for the absence of a father. The child speaks to Ruth from the womb, coaching her to lure and ultimately kill her unsuspecting victims. Struggling with her conscience, loneliness, and a strange strain of prepartum madness, Ruth must ultimately choose between redemption and destruction at the moment of motherhood. PREVENGE marks the directorial debut from Lowe, who is a true triple threat, writing, directing, and acting in the film during her own real-life pregnancy.

Starting January 17th, Alice will be introducing the film at special preview Q&A tour screenings around the UK before the film officially opens on February 10th. 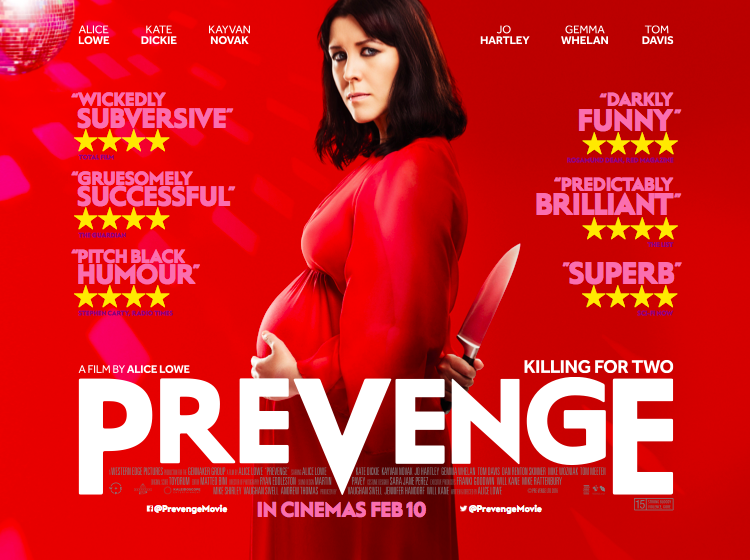 I really want to see this. I adore the one sheet.

Oh-Yeah.
..just checked out a trailer myself. Hadn't even heard of it before.
- but i have now.
~
Sheeesh..... ..just when i think i'm finally whittling away at my (to-see) list, more sprout up and take root...

i know, iknow....
~
..i've actually been Thunder-Struck though by how many films of late - (that) i've been salivating over that i HAVE gotten to see over the past month or so, most of which have been either home-runs or grand slams..
---
..American Honey,, The Brand New Testament,, The Autopsy of Jane Doe,, Frank & Lola,, The Survivalist,, The Duelist (Duelyant),, Lion,, Shelter,, Storks,, Youth,, Zulu,, My King (Mon roi),, Bang Gang (une histoire d'amour moderne),, and Too Late are of particular note.
~
that and - i even typed some ten or so additional lines (!) just a short span ago; but the darn site/ ..or just as possibly the lethargic multiple personalitied computer i'm currently using.. - froez.
*probably for the best though. ..i can hear you cheering. lol