It was a solid year and a half ago when we shared the first trailer fo Cheng Er's period noir The Wasted Times, but the announced October 2015 release date came and went without any sign of the film, neither in China nor anywhere else. Now, China Lion has issued a new trailer and a new release date for the film, which stars Zhang Ziyi, Asano Tadanobu and Ge You. The Wasted Times will now hit screens in North America on 16 December, the same day that it receives its belated mainland debut.

Set in and around Shanghai in the run-up to World War II, the film follows a murderous Chinese gangster (Ge You), and promises plenty of glamour and violence that looks to strike a similar vein as recent Korean thrillers like The Age of Shadows and Assassination. Gillian Chung, Du Chun, Yuan Guan and Wallace Chung also star.

Check out the new trailer and poster below. 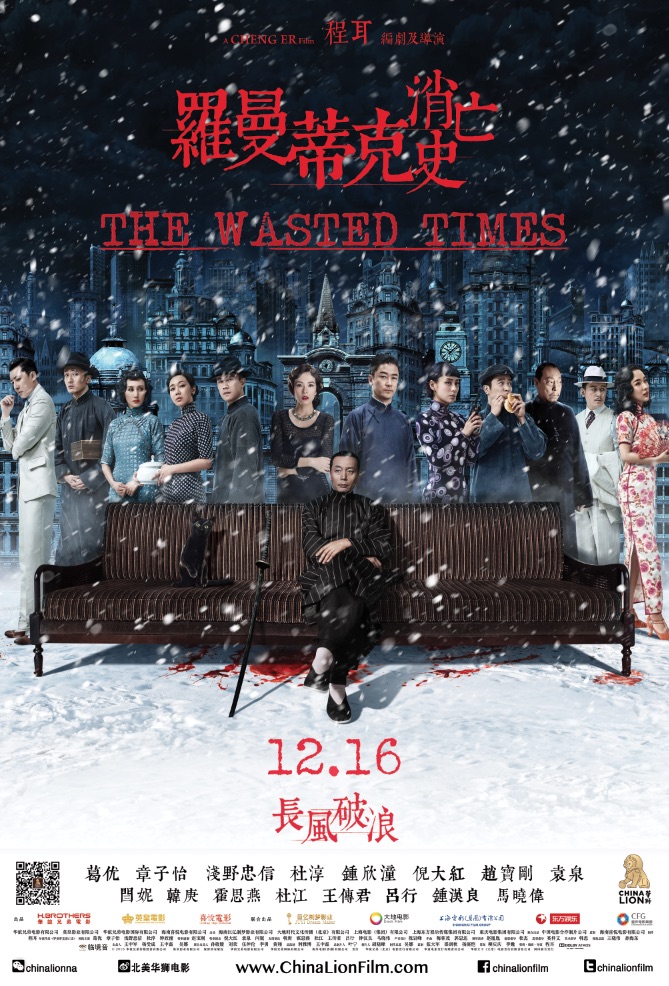 Do you feel this content is inappropriate or infringes upon your rights? Click here to report it, or see our DMCA policy.
Asano TadanobuCheng ErChinaGe YouThe Wasted TimesZhang Ziyi

More about The Wasted Times