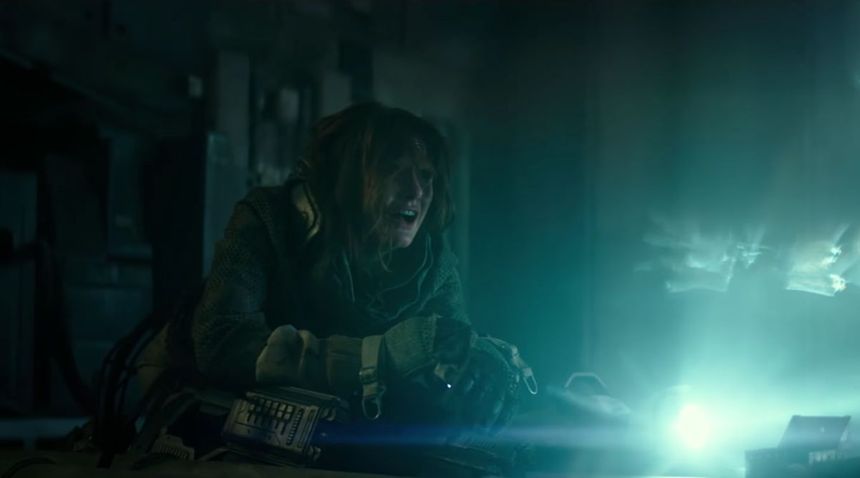 I had big hopes for Spectral when it was announced that Legendary would be producing it. A big budget supernatural war movie blending the raw aesthetic of Black Hawk Down with the notion of a ghostly invasion sounded like a great conceptual approach.

Unfortunately, it wasn't long before the bad news started rolling in. Legendary pulled the film from its summer theatrical slot with no sense when the film might reappear. Well, it didn't. Instead it was up to Netflix to bail it out, scooping up the rights and releasing it earlier than expected this year, December 9 to be exact.

Add to this Netflix' delay in releasing a trailer until less than a week from release and you're really left wondering what's going on.

All this is not to say the film is a dud. Not belonging in theatres isn't necessarily a sign of quality. Perhaps Spectral will play best on the streaming service in the end. I'm certainly looking forward to checking it out.

Spectral comes with a great pedigree. The film was written by a few writers, all of whom have some big credits including George Nolfi (The Bourne Ultimatum, The Adjustment Bureau)  and John Gatins (Flight, Reel Steel). It was directed by newcomer Nic Mathieu.