Have Your Say: The Deepest Dive Into The Abyss 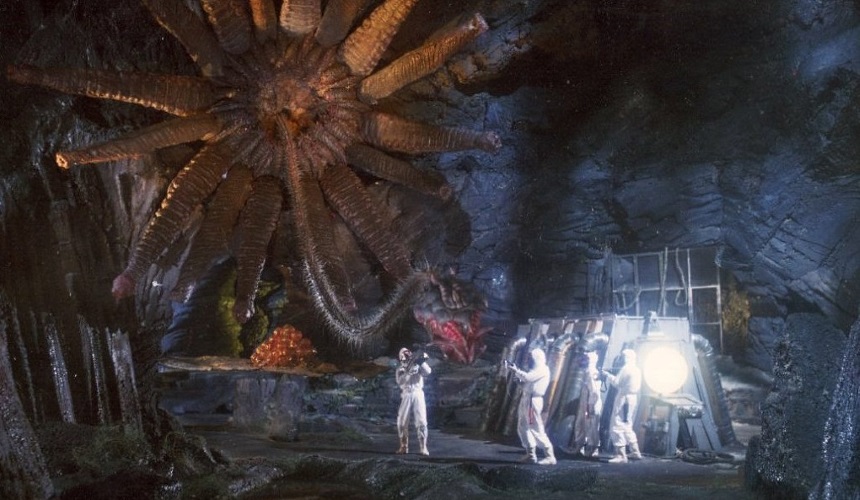 For as long as I can remember, I have been fascinated by the world beneath the sea. Not being a particularly good swimmer and living in a country adjoining uncomfortably cold water, I never got into diving. Instead, as a kid I feasted on a steady diet of books and television documentaries about coral reefs, intelligent mammals, fearsome sharks, tentacled terrors and luminescent deep sea monsters.

In 1986, James Cameron's Aliens totally blew my mind. So when I heard his next film, The Abyss, was going to take place in the deep sea, featuring strange creatures, teenage me jumped for joy! And while I know the film has its flaws and lots of people don't like it, I totally love The Abyss to this day.

But rewind a bit to when that film was still being made. It was a huge, difficult and expensive undertaking, and went over-budget and well over its original deadline. Thinking Cameron might be on to something, predators were closing in, smelling blood and gold. Several deep-sea creature films spawned at different studios in the late eighties, and some of them even managed to be released before The Abyss (taking away a lot of its setting's novelty).

Me being me, I tried to see all of these whenever available, which in the Netherlands mostly meant VHS. Cheap or expensive, decent or terrible, I didn't care. I loved this sub-genre, pun intended. In fact, I still love it to this day. You can wake me up for a friendly revisit of Leviathan or Deep Star Six, and recently I succumbed to the no-budget charms of Endless Descent aka. The Rift, from which I took the picture of the... ehm... dragon starfish above. C'mon, what's not to love in that shot? 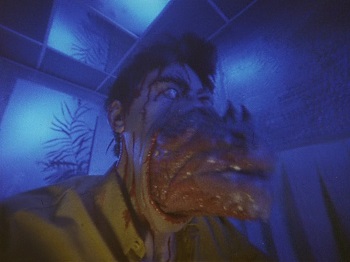 Hell, even the truly awful I-can't-believe-it's-not-porn marine horror called Plankton aka. Creatures from the Abyss was fun, and it provided me with plenty of cringed laughs at least (see the mouth-popping picture here). Although with that title I was scraping the bottom of the barrel so hard, I may have punched a hole in it by accident.

Or did I? My question of the week to you all is: have I missed any gems in the strange-creatures-from-beneath genre, new or old? And on the non-gem end, did I reach the bottom of that abyss, or are there even worse, more laughable films I should check out?

Do you feel this content is inappropriate or infringes upon your rights? Click here to report it, or see our DMCA policy.
featureHave Your SayThe Abyss