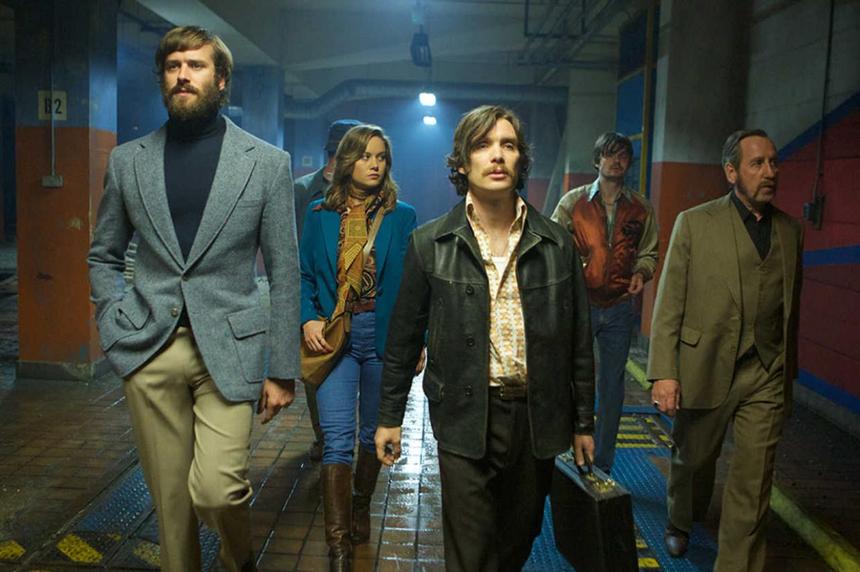 We shoulda seen it coming when Free Fire, the latest from UK madman Ben Wheatley (Kill List, High-Rise), was announced to be having its "European" Premiere at BFI London in October. That's code for "It's headed to TIFF!" Indeed it is, and as the Midnight Madness opener no less. As the full Midnight Madness lineup dropped today and oh boy is it another good one. Adam Wingard's Blair Witch entry will be there as well as the 'Mo Bros. (that's Kimo Stamboel and Timo Tjahjanto) with their much anticipated Iko Uwais-starring Head Shot. Here's the full list:

The Autopsy of Jane Doe
André Øvredal, USA, World Premiere
Tommy Tilden and his son Austin run a family-owned morgue and when the Sheriff brings in their next case — a ‘Jane Doe’ — it seems like an open-and-shut case. But as the autopsy proceeds, Tommy and Austin are left reeling as each layer of their inspection brings frightening new revelations and an unnatural force takes hold of the crematorium. Starring Emile Hirsch and Brian Cox.

The Belko Experiment
Greg McLean, USA World Premiere
On what appears to be a normal day at Belko Industries, Belko employees are horrified when they find out that they’ve become guinea pigs in a company-wide experiment which will lead them to either kill their fellow employees or be murdered themselves. The experiment is masterminded by a mysterious voice which is controlling the loud speaker and instructing the employees to slaughter each other by any means necessary.

Blair Witch
Adam Wingard, USA, World Premiere
A group of college students venture into the Black Hills Forest in Maryland to uncover the mysteries surrounding the disappearance of James’ sister who many believe is connected to the legend of the Blair Witch. At first the group is hopeful, especially when a pair of locals offer to act as guides through the dark and winding woods; but as the endless night wears on, the group is visited by a menacing presence. Slowly, they begin to realize the legend is all too real and more sinister than they could have imagined.

Dog Eat Dog
Paul Schrader, USA, North American Premiere
Dog Eat Dog is a gritty contemporary crime thriller about a trio of ex-cons, deep in the underbelly of Cleveland, who are hired for a kidnapping. When the botched abduction goes awry and gets completely out of control, the cons find themselves on the run, vowing to stay out of prison at all costs. Starring Nicolas Cage and Willem Dafoe.

Free Fire
Ben Wheatley, United Kingdom, World Premiere
Midnight Madness Opening Night Film.
Justine has brokered a meeting in a deserted warehouse between two Irishmen and a gang led by Vernon and Ord who are selling them a stash of guns. But when shots are fired in the handover, a heart stopping game of survival ensues. Starring Brie Larson, Cillian Murphy, Michael Smiley, Sharlto Copley, and Armie Hammer.

The Girl With All the Gifts
Colm McCarthy, United Kingdom, North American Premiere
A heart-stopping original Sci-fi thriller, about hope, humanity and a young girl who wants to save the world. Based on the critically acclaimed novel by Mike Carey. Starring Gemma Arterton, Paddy Considine, Glenn Close, and Sennia Nanua.

Headshot
Kimo Stamboel and Timo Tjahjanto, Indonesia, World Premiere
The indomitable Iko Uwais (The Raid) stars in this fast and furious actioner as an amnesiac whose mysterious past as a killing machine comes to the fore when he takes on the henchmen of a vengeful drug lord.

Rats
Morgan Spurlock, USA, World Premiere
Inspired by Robert Sullivan’s New York Times bestselling book, Rats is a horror documentary that plunges into the darkest depths to expose human kind’s most insidious parasite. Thriving in every corner of the globe, rats are harbingers of disease, death, and psychological trauma. In this film, exterminators, farmers, scientists, and even chefs bring us face-to-face with this complicated creature.

Raw (Grave)
Julia Ducournau, France/Belgium, International Premiere
Everyone in Justine's family is a vet. And a vegetarian. At 16, she's a brilliant and promising student. When she starts at veterinary school, she enters a decadent, merciless and dangerously seductive world. During the first week of hazing rituals, desperate to fit in whatever the cost, she strays from her family principles when she eats raw meat for the first time. Justine will soon face the terrible and unexpected consequences of her actions as her true self begins to emerge...

Sadako vs. Kayako
Kōji Shiraishi, Japan, International Premiere
Midnight Madness Closing Night Film
After viewing a legendary cursed videotape, Natsumi discovers she has only two days before she will be killed by the demonic entity known as Sadako. The only solution: pitting the demon Sadako against Kayako, an accursed spirit possessing a haunted house where everyone who enters disappears.