Review: IN ORDER OF DISAPPEARANCE, An Exceptional Scandinavian Thriller 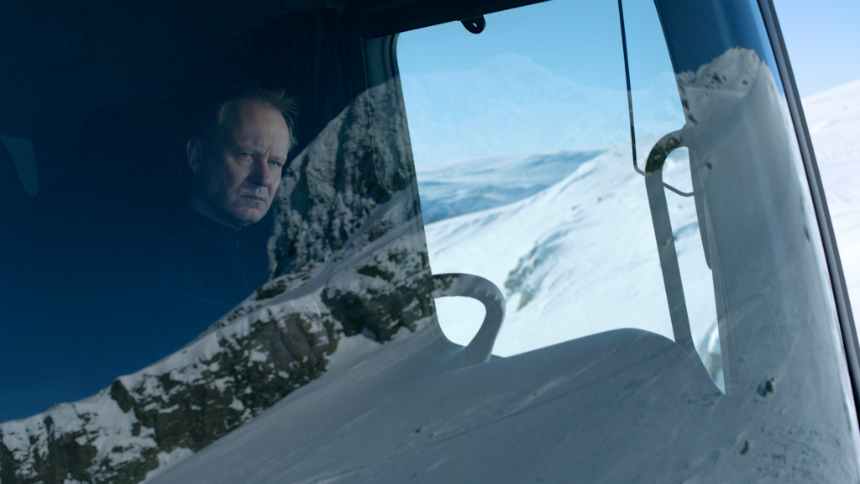 I think it's pretty hard not to completely adore Stellan Skarsgård. From his achingly perfect performances working with Lars Von Trier to comic book blockbusters like Thor to the original Insomnia, he's one of the great actors of this or any generation.

Yet audiences, it seems, sometimes take his talents for granted. Sure, he's received a share of plaudits, but for an actor with such range and sensitivity I think he's deserving of being considered in the absolute upper echelon of performers.

Perhaps one reason that he doesn't quite get the respect of some of his peers is that he's unafraid to balance doing art house cinema with mainstream action fare. Skarsgård is comfortable as the everyman as he is the tortured soul, and gives dignity to even the most two dimensional of comic book characters.

In Order of Disappearance is a powerful showcase for Skarsgård's prodigious talent, a delightful mélange of the arty and the accessible. Ostensibly a revenge thriller that Liam Neeson seems to have a strangehold on, the film is stylish, energetic, and above all bleakly, almost caustically humorous. 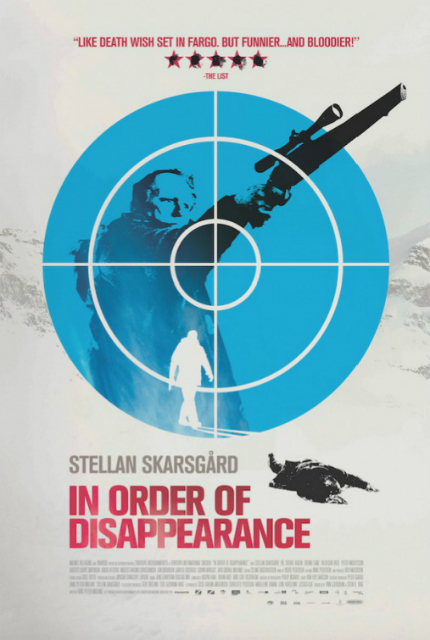 The comedic elements in the film are as dark as a winter Scandanavian night, and serve to buttress the archetypical tale of betrayal and revenge. The humour never overwhelms the piece, nor does it distract from the brutality and sense of loss that's fueling the narrative.

Sure, the plot can be summed up as "Mr. Plow battles some gangsters", but like many of the best Scandinavian thrillers (think Headhunters) there's a hell of a lot more going on below the surface. The film spends as much time focusing on character moments as it does on any of the kinetic action sequences, and there's not a scene where we don't fully understand (and even in moments of barbarity sympathize with) the actions of the characters.

The existential angst that runs throughout is palpable, and the frigid and stark locale perfect for this monochromatic tale of monomania. Yet like the lunar-like landscape of the Norwegian countryside, the subtleties are in the minor variations of terrain, the ups and downs that delineate the shades of moral greyness that the film effectively sketches.

Skarsgård is joined by a wonderful ensemble that includes Bruno Ganz (another treasured performer), and an absolute pitch perfect turn by Kon-Tiki's Pål Sverre Valheim Hagen. Hagen's role as Greven is the stuff of genre heaven, a slick and stylish villain, a vegan gang boss with an aversion to Froot Loops. It's the loppiness of this role that provides the arch humour, yet it never goes far away from a real sense of menace and taught anger behind his elongated frame.

As the story proceeds apace with its procedural intent, there's a kind of catharsis every time a name is checked off as per the dictum of the film's title. Its this incessancy that gives the film its energy, but also its boundaries. Rather than delving off into a myriad of directions, the film remains focused and deliberate, a credit to excellent story telling and effective direction by Hans Petter Molland.

In Order of Disappearance may not immediately hook general audiences, but it's an exceptional film well work seeking out, among the best of a long line of exceptional Scandinavian thrillers. With stellar performances from Stellan and co., and a pitch-perfect tone from a well crafted script, this is a smart and entertaining film worthy of attention.

Review originally published during Fantasia in July 2014. The film opens in select theaters, on demand, on Amazon Video and on iTunes via Magnet Releasing on Friday, September 26.

In Order of Disappearance

More about In Order of Disappearance