The new Ghostbusters uses the same iconic logo of the original 1984 film, with a few minor differences: the new one is beveled, and shiny. Such is the essential difference between this new remake and the beloved classic of our childhoods. Truth in advertising!

Literally bursting from its own letterboxed framing (the black bars at the top and the bottom of the screen are there only for show) with 3D proton blasts and flying ghoulish swishiness regularly firing off screen, a la the tiger from Life of Pi. The film is utterly stuffed with stuff, yet chock full of the kind of humor we've come to expect from stars Kristen Wiig, Melissa McCarthy, Kate McKinnon and Leslie Jones as led by co-writer and director Paul Feig.

This Ghostbusters is still the story of three ragtag scientists (Caucasian), along with one outsider (African-American), coming together to start their own supernatural extermination business in New York City. They invent their own cool nuclear powered ghostbusting equipment (some familiar to fans, some newly concocted), they work their way into branding their name across town, they are dismissed and ridiculed, until the city's ghost problem hits fever pitch. Then they become the only line of defense. Wackiness, as they say, ensues.

While the story is the same, the exactness of the plot is very different. Namely, there is no Dana, or no Zuul. Meaning, a love interest doesn't play into this already lengthier version. (Actually, it's only twelve minutes longer, most of which is probably credits.) The closest it gets is the prominence of a surprisingly funny Chris Hemsworth as the world's most useless receptionist since Jennifer Marlowe at WKRP in Cincinnati. Wiig's character spends the movie smitten stupid by the big lug, even though he can barely answer a phone and is preoccupied with the office fish tank. 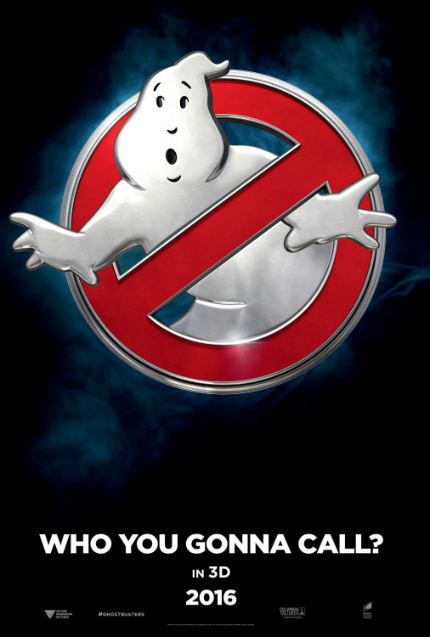 It's happily true that Ghostbusters (2016) has it where it counts: comedy and chemistry. Without these two elements, the film would be dead in the water. Feig (Bridesmaids, Spy, The Heat) knows and understands this, as his casting choices closely reflects the level of previously established pairings evident in Ivan Reitman's original film.

Back then, the collaboration of Bill Murray, Dan Aykroyd and Harold Ramis was a no-brainer, as they'd all worked together previously in various combinations of SNL, SCTV, the National Lampoon, and their earlier R-rated comedy films, all hailing from that early '80's "golden age of nudity and drugs" in Hollywood movies. That decade, however, perhaps unbeknownst to Reitman and company at the time, was quickly becoming what it would ultimately be: Corporate and sanitized. It was only a matter of time before these bad boys of comedy had to tame their shtick in favor of even broader mass appeal. Ghostbusters proved to be the agreeable first step in that direction.

That said, Ghostbusters (1984) pretty clearly didn't know how to not be lewd. Certain scenes have become awkward sticky points for parents in their enthusiasm to share this film with their kids. Today, Feig and company wisely keep what works (actors with already-proven chemistry) and exorcize what can go (the then-default boys-club comedy mentality). The result is a more all-accessible Ghostbusters, but still with just enough edge to stay true to its own cast's roots.

Which brings us to the cast itself. Wiig, McCarthy, McKinnon and Jones as the new Ghostbusters have, far in advance of the film itself, infamously courted no shortage of Internet ire. The naysaying came early enough that it manages to get mocked on screen.

The all-women twist is the new film's marketing raison d' être but in the story's own context, a whole lot of nothing. (Would anyone bat an eye at a group of women starting their own business today? Of course not - and the reflects this.) Spotlighting it even to this degree in a review feels somehow out of step with the movie itself. At no point is gender a real factor. There are no shrill pronouncements of "Girl Power!", nor an attitude that anything the boys can do girls can do better. If anything, Ghostbusters (2016) goes out of its way to pay welcome tribute to the original. Fun cameos and references abound, none of which feel gratuitous, as such things often do.

Kristen Wiig starts out the story as a one-time supernatural expert who is trying to sweep her past under the rug and go respectable. When her former partner in writing, Melissa McCarthy, begins selling their old ghosts-are-real book on Amazon, her chances at academic tenure are threatened. An angry face-to-face gives way to a major poltergeist investigation, reuniting the old team along with bizarro gadget inventor Kate McKinnon. They are soon joined by Leslie Jones, and commence ghostbusting.

Ghostbusters (2016) is not a thoroughly great film, although in a summer movie season that has been yielding precious little in the way of decent box office tentpoles, it's a welcome stand out. It will not supplant the original in our collective unconsciousness, but it does point out the pointlessness of being precious about such things. If the actors and creators of Ghostbusters (1984) are on board with this, why shouldn't we give it a chance?

In attitude, humor, and blockbuster aesthetic, this is unmistakably a 2016 film. Like the newfound glossiness of the logo itself, the film's many visual effects are bigger, brighter, and very current. They burst forth with the showmanship glee of William Castle gone digital. Those who expected this film to be nothing but spores, molds, and fungus have reason to move on. Feig's Ghostbusters saves the world and has fun doing it. And that makes us feel good.

Do you feel this content is inappropriate or infringes upon your rights? Click here to report it, or see our DMCA policy.
Chris HemsworthGhostbustersKate McKinnonKristen WiigLeslie JonesMelissa McCarthyPaul Feig