First RAW Clips Give Us Something to Chew On 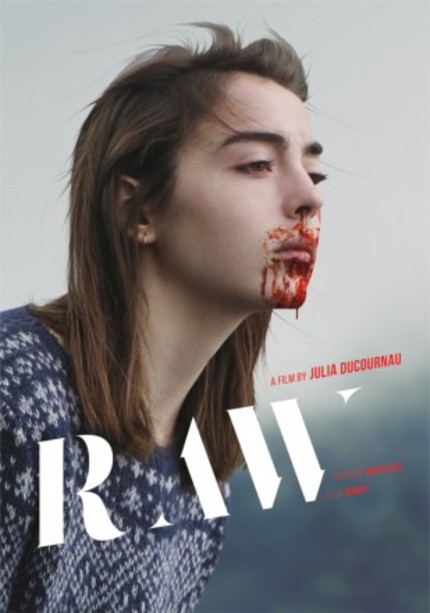 One of the standout films at the 2016 Cannes Film Festival was Julia Ducaurnau's French campus, coming of age cannibal flick, Raw.  The assured and unflinching debut had viewers scrambling for the exits  to go off and write good things about the film. ScreenAnarchy's own Shelagh Rowan-Legg certainly sung the film's praises in her own Cannes review.

The story centres on Justine (played by Garance Marillier), a first year veterinary student and devout vegetarian who is forced to eat meat for the first time as part of a traditional hazing process. This loss of veg-inity (I stole that), stirs seemingly insatiable and deadly appetites.

Ducaurnau has said her approach to the film is heavily influenced by the Canadian auteur David Cronenberg.

Raw will see release in France in March 2017, while Focus Features picked the film up for distribution stateside. No domestic release is scheduled at this time.

Do you feel this content is inappropriate or infringes upon your rights? Click here to report it, or see our DMCA policy.
2016BelgiumCannes Film FestivalFrenchHorrorJulia DucaurnauRawThriller