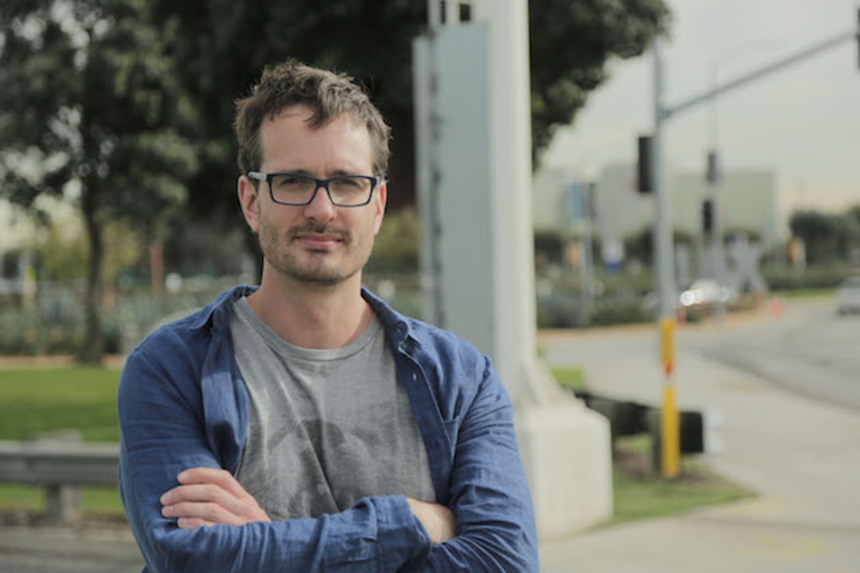 On a lovely sunny afternoon in a completely empty Irish bar in Toronto's downtown core, I met up with New Zealand journalist and former television man David Farrier for a chat about his Sundance (and HotDocs) hit documentary (or in his parlance, 'Doco') Tickled.

If you have been following the push-pull of the marketing, trailers, and festival reviews of the film, you may have noticed a delicate tight-rope of *Spoilers* - *No  Spoilers* in regards to the details of the journey Farrier, along his co-director Dylan Reeve, embarked upon with the film. A film that started with a quirky underground sport of "Completitive Endurace Tickling" but got really weird when their PR department went from zero-to-sixtiy with vitriol homophobic attitude to a simple foreign journalistic inquiry on the details of the league.

Farrier, here on the opposite side of the interview process while promoting the film, was enthusiastic, candid and still very much inquisitive about the chain of events and discoveries that resulted in his first feature; events that, in fact, continue to follow him around from festival to festival. Without the structure of a timeframe for this conversation, we might still be talking about things, some of the concepts here, like the film, are just the tip of the iceberg.

With Tickled getting its rollout from Mangolia Pictures, below is a transcription of the conversation that has been gently edited for structure and brevity. (UPDATE: As of yesterday, Tickled was just hit with a $40 Million law-suit).