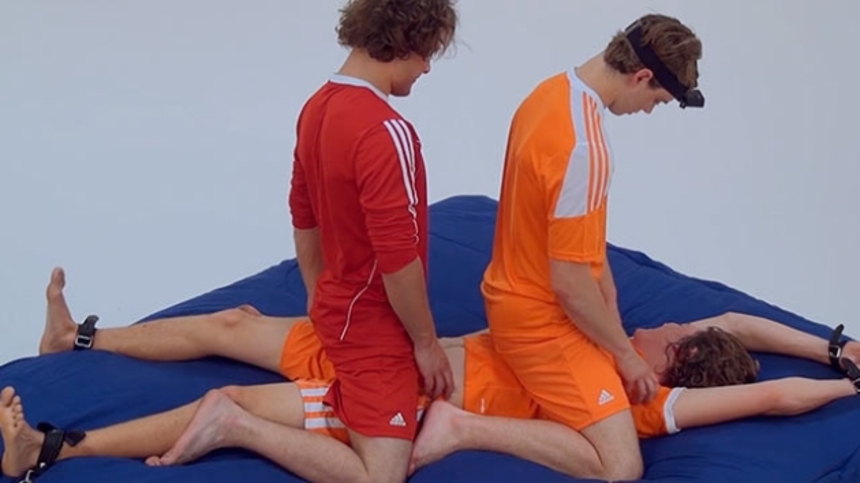 One of the strange delights on the documentary festival circuit at the moment is David Farrier and Dylan Reeves' investigative rabbit-hole of a film, Tickled. Magnolia pictures, who are distributing the film, have the difficult challenge of advertising a film that works best when audiences know nothing about it walking in. Consider this your **SPOILER** warning, as even though the trailer only shows the tip of the tickling iceberg, that there is a something underneath is in itself a giveaway.

New Zealand TV reporter David Farrier stumbled upon a bizarre “competitive endurance tickling” video online, wherein young men are paid to be tied up and tickled. Upon reaching out to request a story from the company, the reply he receives is shocking—the sender mocks Farrier's sexual orientation and threatens extreme legal action should he dig any deeper. So, like any good journalist confronted by a bully, he does just the opposite: he travels to the hidden tickling facilities in Los Angeles and uncovers a vast empire, known for harassing and harming the lives of those who protest their involvement in these films. The more he investigates, the stranger it gets.

Do you feel this content is inappropriate or infringes upon your rights? Click here to report it, or see our DMCA policy.
Documentarynew zealandDavid FarrierDylan ReeveDavid StarrHal Karp