XLrator Media Picks Up Isaac Ezban's THE SIMILARS For U.S. 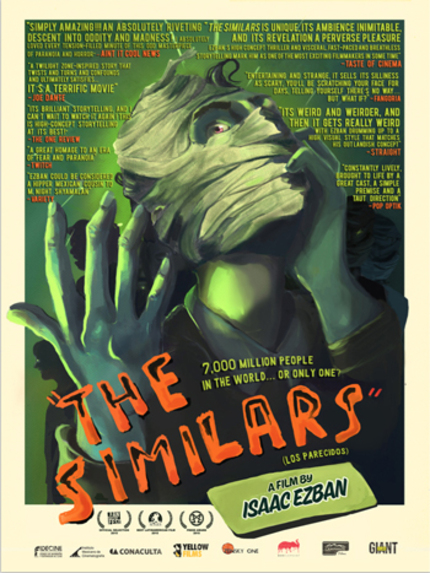 Isaac Ezban's love letter to sci-fi films and television shows influenced by the post-war and cold-war eras, The Similars, has been picked up by XLrator Media for U.S. distribution.

On the rainy night of October 2, 1968, eight characters waiting in a remote bus station in the middle of the nowhere for a bus heading to Mexico City start experiencing a strange phenomenon.

The official word has not been released yet but we have it on good authority from someone close to the production that this has been in the works for some time and an announcement will be made soon.

Someone extremely close to the production.

Maybe the guy who wrote and directed it.

I caught up with Ezban's film late last year after I met him at a film festival in Mexico. You can read my full review below.  I commented on his terrific ode to the old fashioned American sci-fi genre, the tremendous score by Edy Lan and great makeup effects.

I have covered XLrator Media releases for a while now and can say with the utmost certainty that there will be a limited theatrical run (November we are told) along with a release on any number of digital platforms (TBD) followed up with a home video release (fingers crossed on Blu to appreciate how neat Ezban's film looks).

We will likely end up giving some copies away close to that release date too.

Do you feel this content is inappropriate or infringes upon your rights? Click here to report it, or see our DMCA policy.
Isaac EzbanThe SimilarsXLrator Media