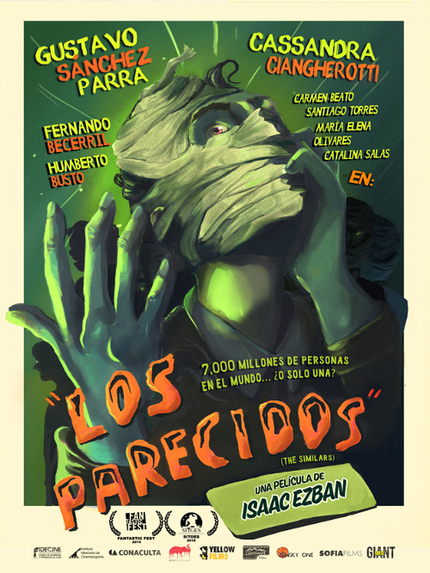 Fresh from its world premiere at Fantastic Fest and European launch in Sitges, Isaac Ezban's sophomore film The Similars (Los Parecidos) is headed home to takes its bow in the helmer's native Mexico as part of the Morbido Festival and we're pleased to present the first trailer for the film in advance.

In the wee hours of October 2, 1968, eight strangers wait for the bus in order to go to the city, enclosed at a bus station in a remote place. Rain has caused the road closure and the bus doesn't seem to be close. Soon, the strangers become victims of a strange phenomenon, and they all start to physically look like one of them. Threatened by the paranoia and fear to lose their identity, the personalities of the eight strangers begin to clash, and everybody show the best and worst of themselves, while trying to find the responsible for this mysterious condition that is invading each one of them like a virus.

The Rod Serling / Twilight Zone influence here is obvious though, I think, in a very good way. Take a look below.

Do you feel this content is inappropriate or infringes upon your rights? Click here to report it, or see our DMCA policy.
isaac ezbanlos parecidosthe similarstrailer