The Live-action GHOST IN THE SHELL Reveals Its First Glimpse

Ard Vijn
Editor, Europe; Rotterdam, The Netherlands (@ardvark23)
Tweet Post Submit
And if you curious about how Scarlett Johansson was going to look like as Major Kusanagi, wonder no more: Paramount Pictures and Dreamworks Pictures released a first picture of their upcoming live-action Ghost in the Shell film, and she's in it. Indiewire's The Playlist were the first to put it on-line (here's their article).

This film's story is not so much based on Oshii Mamoru's anime classic, or Shirow Masamune's manga, but instead is loosely based on the first Stand-Alone Complex television anime series. In it, an anti-terrorist cyborg unit of agents, led by Major Kusanagi (Scarlett Johansson) try to take down a feared hacker-slash-whistleblower known as "The Laughing Man" (Michael Pitt).
The film is aimed for a 2017 release, and further stars Pilou Asbæk, Takeshi Kitano and Michael Wincott. Rupert Sanders of Snow White and the Huntsman fame directs.

Granted, one shot is not much to base an opinion on the look of a film on, but what do you think so far? 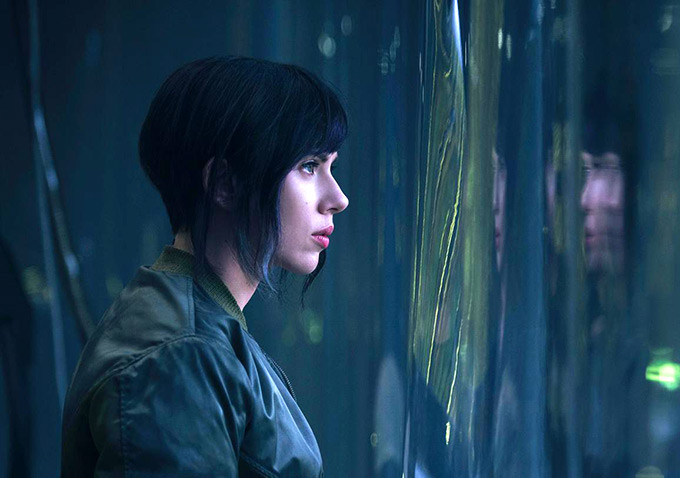