THE INVITATION: Watch A Video From The Official Soundtrack Release 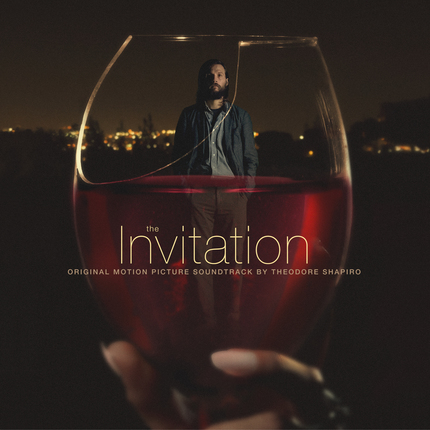 With Karyn Kusama's thriller The Invitation gearing up for release Lakeshore Records are releasing the soundtrack on digital platforms and CD on April 8th (that's Friday!) and we've got a video from the release for you to take a look.

In conjunction with the theatrical and On Demand release of Karyn Kasuma's psychological thriller, THE INVITATION, Lakeshore Records will release THE INVITATION - Original Motion Picture Soundtrack digitally and on CD April 8, 2016. The album features the original score by Theodore Shapiro (TRUMBO, ST. VINCENT) with two original songs by Craig Wedren & Benjamin Newgard: “Baby You’re Gone” and “Oh My Child”.

“THE INVITATION perfectly captures something essential about life in Los Angeles,” said Shapiro. “Los Angeles is a city of incredible natural beauty and utopian visions, but also a city in which dread, grief, and the curdling of those visions can often lie just underneath the surface. The score mostly functions in the film as the voice of dread, haunted memories, and grief that sits underneath the surface of a dinner party in the hills of LA. The music follows the film in its descent from uneasiness towards true terror.”

In THE INVITATION, the tension is palpable when Will (Logan Marshall-Green, PROMETHEUS) shows up to a dinner party hosted by his ex-wife Eden (Tammy Blanchard, INTO THE WOODS) and new husband David (Michiel Huisman, “Game of Thrones”). The estranged divorcees’ tragic past haunts an equally eerie present; amid Eden’s suspicious behavior and her mysterious house guests (including John Carroll Lynch "American Horror Story), Will becomes convinced that his invitation was extended with a hidden agenda. Unfolding over one dark evening in the Hollywood Hills, The Invitation blurs layers of mounting paranoia, mystery, and horror until both Will—and the audience—are unsure what threats are real or imagined.

Check out the video below and find the soundtrack on iTunes here!

Do you feel this content is inappropriate or infringes upon your rights? Click here to report it, or see our DMCA policy.
craig wedrenkaryn kusamasoundtrackthe invitationvideo