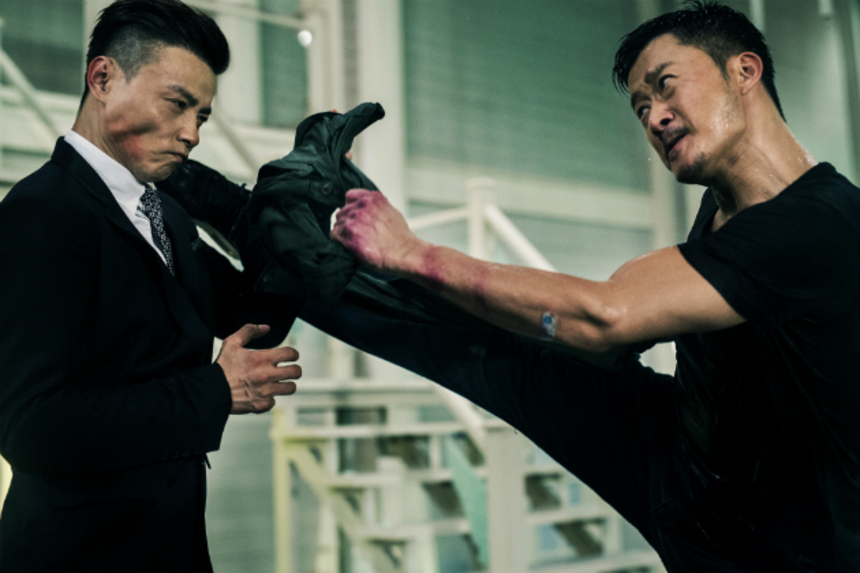 We've all had this happen to us, I'm sure. Picture this: you're sitting comfortably in your jail cell when a guard bursts in and demands that you translate a phone call from Thai into Cantonese. Now! Sheesh. Prison guards are such a pain, am I right?

Well, maybe that's a slight exaggeration, but that's what happens in our exclusive clip from Kill Zone 2 (original title: Saat po long 2, aka SPL 2: A Time of Consequences), the long-awaited sequel -- apparently in name only -- to the magnificent SPL (inexplicably renamed Kill Zone for its U.S. release).

The original was one of the finest action films of the century, in my opinion; the sequel was a monster hit upon release in Asia last year and earned praise from our own James Marsh, ScreenAnarchy's Asian Editor:

"Narratively Soi Cheang's SPL 2 may have nothing to do with Wilson Yip's predecessor, but in terms of balls-out action entertainment it more than delivers. Wu Jing and Tony Jaa join forces to take down Louis Koo's evil organ trafficker and Max Zhang's formidable prison warden. The results are smeared with blood, sweat and tears of fanboy joy."

Wu Jing and Tony Jaa are featured in this clip, which you can watch below, and then clear your calendar to watch Kill Zone 2 when it debuts via various Video On Demand platforms on May 13.

Do you feel this content is inappropriate or infringes upon your rights? Click here to report it, or see our DMCA policy.
Hong KongSoi CheangSPL 2Tony JaaWu Jing