Exclusive: Deleted KILL ZONE 2 Clip, Just Say No to Drugs, Or You Will Get Kicked in the Face 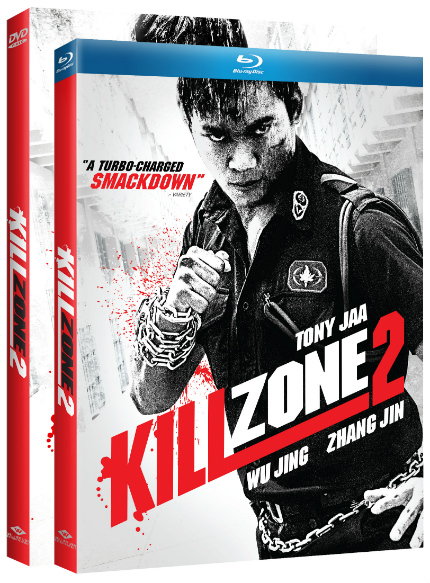 Easily placing among my top 10 list for the year so far, Kill Zone 2 (aka SPL 2: A Time of Consequences) is a delirious Hong Kong action movie that is fiercely kinetic and features jaw-dropping, jaw-breaking fight scenes that truly must be seen to be believed.

If you resisted the Video On Demand option earlier this year because you wanted the physical media release, then you should know that the movie will be available on Blu-ray and DVD as of tomorrow (Tuesday, July 19) and it is well worth whatever price you end up paying for it, assuming, of course, that you like action movies that leave viewers battered and bruised.

To read more about the movie, directed by Soi Cheang, check out our review by featured critic Christopher Bourne, in which he concludes by stating:

Soi Cheang has created with Kill Zone 2 a lovely, visually stunning paean to bodies and objects in movement that is wondrously thrilling from the first frame to the last.

Tony Jaa, Wu Jing, and Zhang Jin star. We have a deleted scene that you can watch below, which shows why everyone should say no to drugs, especially if you're in rehab.