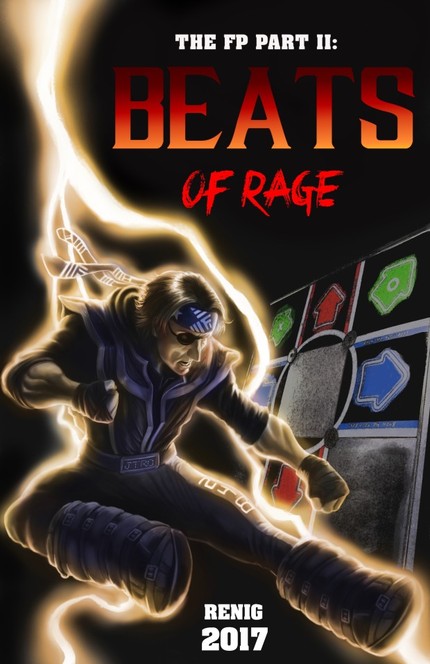 It was back in 2011 that the Trost Brothers first burst into the public eye with cinematic oddity The FP. A bizarre post-apocalyptic beast, The FP was essentially took the world of The Warriors and had the rival gangs fighting for control settle their disputes with high impact matches of Dance Dance Revolution. Yup, it's weird. And gloriously so. And now Jason Trost wants to do it again. I'll let him speak for himself:

JTRO here.  Check it.  THE FP was my passion project.  I came up with the idea when I was 16 years old playing Dance Dance Revolution in Reno, Nevada.  From that point on, it took nearly a decade to make and release.  It was the little movie that could.  We had a $45,000 dollar budget, a bunch of friends doing what they loved, a common goal of making the weirdest movie we could, and the inspiration of our favorite 80s and 90s movie moments thrown into a blender.

The result was a movie that people either aggressively loved and got tattooed on their body or absolutely hated with a fiery passion. Release wise, The FP had a limited theatrical run, a home video release in the USA, and has been torrented to shit around the world.

However, the movie didn't come anywhere close to recouping its minor budget.  Sure we had a super popular cult film distributor and the executive producers of PARANORMAL ACTIVITY, but all of that meant shit when it wasn't released correctly.  When I was making this movie, I hoped that it would become a cult classic, and thanks to our fans it has. However the powers that be didn't have our backs and it wasn't released the way that it should have been.

Since THE FP, I've been trying to figure out what to do next with my career.  Financially,  THE FP was viewed as a failure.  It wasn't my big break, it wasn't even a small break.  So I've been forced to make a series of movies based on the piles of trash I've had available to me at the time, which have all served as great learning experiences, but I'm not truly proud of any of them in the way I am THE FP, because none of the others have been my dream movies.  I'm sick of making movies I like, I want to get back into making movies I love and I know you love.

The question is: how do we get a sequel funded to a movie that bombed financially?  Financiers are out.  Which is probably for the better considering how weird this movie is.  What financier wants to potentially lose money on a very obscure joke?  That leaves us with one option... You!

It's completely up to all of you FP FANS out there.  The only way this movie will ever see the light of day is with your help.  And I know there are a lot of you because no matter where I've gone around the world, FANS like you crawl out of the shadows and demand a sequel. I'm finally sick of disagreeing for financial reasons and letting the man win.  I'm sick of being some number fearin' pussy bitch machine.  So I need you all to come together and join forces, with your keyboards and checkbooks combined, WE can finally Beat-Beat this shit right again!  Again!

So, yep, they've launched a crowd funding campaign which you can find here and you can check out their pitch video below.