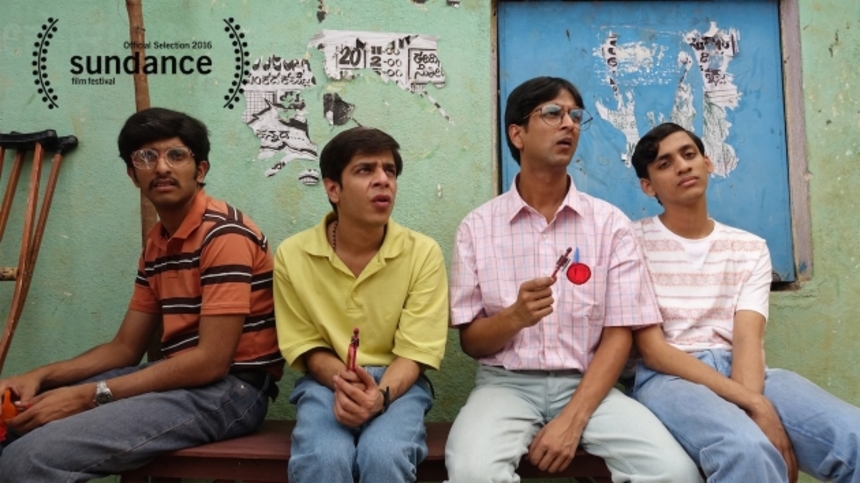 Don't say we didn't warn you!

Quickly becoming one of Sundance 2016's hottest acquisition titles, Q's Brahman Naman continues to raise eyebrows with each passing moment. This time, the public gets their first look at the film in motion with a minute long teaser a few days ahead of the film's world premiere on Sunday in Park City.

The film is the story of a randy quartet of Indian teenage quizmasters who undertake a road trip from Bangalore to Calcutta for a championship match. Along the way they intend to have as much debauched fun as possible, hopefully losing their innocence (and virginity) in the process.

This first footage from the film shows some of the film's most talked about moments, including some of the titular Naman's (Shashank Arora) somewhat unorthodox masturbation techniques. With plenty of booze, babes, and bad ideas to fill their spare time, the protagonists of Brahman Naman are an absolute riot, and this looks like it could be one of the breakout pictures for everyone involved. Having seen a little bit of the footage from the film that is not in this teaser, I can tell you that this is only the tip of the proverbial iceberg, and it looks like Q might just have a hit on his hand!

I can't wait to see this one. Brahman Naman has it's world premiere at Sundance this Sunday, January 24th.