Springbok Cinema: The Best Of South Africa In 2015

Stuart Muller
Contributing Writer; South Africa
Tweet Post Submit
The Springbok (Antidorcas marsupialis) is an iconic Southern African antelope, and treasured among South Africa's iconography as an emblem of excellence. By "Springbok Cinema" I therefore mean to infer South African filmmaking that I feel embodies this spirit of excellence.
Spirit is key. Aidan Whytock's profoundly personal and disturbing The Actor cost less than $4,000 and remains largely unseen, but wrung more thought from me than almost any film I saw this year. Festivals - play this film! Chappie cost $50 million and was widely panned by critics, but I found its flaws irrelevant in the face of Neill Blomkamp's inspired collaboration with Ninja and ¥o-Landi Vi$$er of Die Antwoord. In fact, some sharp-eyed readers may recognize the Springbok emblem I've used below; it first appeared on the lapel of paramilitary bad guys in District 9, and was then subversively commandeered by Die Antwoord for their band's iconography.
In using the Springbok with a negative connotation, Blomkamp hints at the symbol's troubled history; though now adored, it was widely abhorred in the past for its association with Apartheid-era South Africa. The astonishing Come Back, Africa (1959), which received a theatrical run and DVD/BluRay release this year, provides a rare cinematic record of this period. Prior to 1990, "old South Africa" was ruled by a white minority government that employed racist and brutal policies, collectively known as Apartheid, to separate whites from non-whites and subjugate the latter. Shot in secret by American indie-director-cum-justice-crusader Lionel Rogosin, the film combines documentary footage with non-actors enacting their lives to reveal the private joys, devastations, and mundanities of African existence under white rule.
The Springbok was first adopted to represent South Africa in 1906, long before Apartheid formalized (and indeed before there was even a formal Union of South Africa), when the country sent a rugby team on tour to Europe. The Second Anglo-Boer War had ended just a few years earlier when two previously independent Afrikaner (Boer) States in the region succumbed to British dominion. Rugby was then, as now, a way to bridge the bitter gap between previously warring peoples - English and Afrikaner battled side by side on the rugby pitch. The gap was too much for some though, and The Boers At The End Of The World exquisitely documents a remnant community of Afrikaners in the Patagonia of Argentina, who are descended from boer families that left South Africa between 1902 and 1908, choosing exile rather than life under British rule. A century later, Richard Finn Gregory's documentary captures their profound homecoming.
It would be another fifty years before Apartheid was institutionalized, and another forty after that before it was abolished. Through all this difficult history the Springbok loomed large as a national symbol for, essentially, white South Africa. And rugby was the bastion. All the more astonishing then that rugby would go on to help unify the country during it's troubled transition to democracy (remember Eastwood's Invictus?). After decades of isolating embargoes, South Africa returned to the global community by hosting the 1995 Rugby World Cup, which the national team - the Springboks - won riding high on an unprecedented wave of multicultural support for the country's first multi-racial sporting team. A chief architect of this national-consciousness-defining fairy-tale-ending was Joost van der Westhuizen, one of the team's heroes and a global rugby icon by the end of his career. Unfortunately his own story ends less happily. Glory Game is a heart-wrenching documentary about van der Westhuizen's life since retirement; first a very public personal fall from grace, then a diagnosis of Motor Neuron Disease with two years to live, and finally redemption in his response to this adversity.
The Springbok is a vital symbol of excellence to South Africa precisely because it is tied to the past. The symbol's flourishing persistence despite its tainted history somehow captures the country's resilient hopefulness, which Tell Me Sweet Something celebrated with an irresistible saccharine sincerity. I had no business falling for this soapie-star vehicle, particularly when the reality of contemporary South Africa is less unequivocally sweet, but only a cynic could turn the cold shoulder on a film that so beautifully taps the principled optimism of South Africa' first "born-free" generation. One the year's biggest homegrown hits.
While some are committed to realizing the future, others are fighting to preserve the past's traditional ways of life. The Shore Break is a riveting social justice documentary about the ongoing battle between pastoralists and mining interests, vying over the fate of a pristine remote coastline, where the past and future are very literally clashing. A compelling and surprisingly complex tale not yet entirely told.
The past and present clash symbolically within the Springbok, which does not represent perfection, but rather our very best intentions, and all these films listed exemplify that. Scroll through the gallery below for further tidbits and trailers for each them.

Springbok: A short video recounting how the Springbok went from a vilified symbol of oppression and white entitlement to a hallowed symbol of reconciliation. 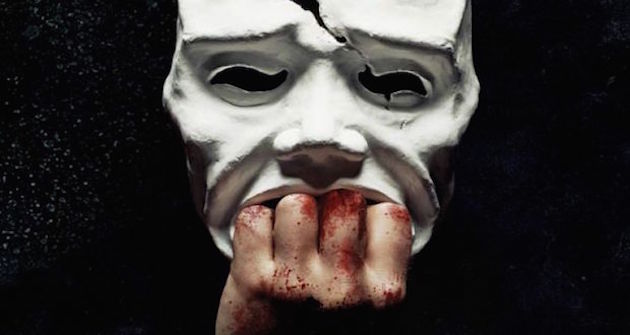 The Actor puts more value per dollar on screen than any other film I've seen this year. Anchored by a powerhouse performance from Aidan Whytock, the film masks deep contemplations on the artistic enterprise behind a gleefully demented caper through the found-footage sub-genre. 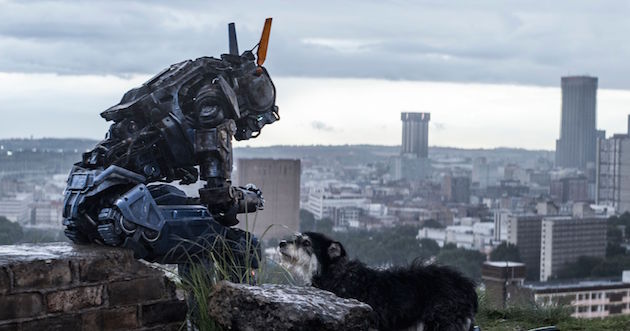 As with all things Die Antwoord touch, utterly perplexing at first taste, and deeply affecting upon digestion. Wholly underrated and largely misunderstood film that blossoms with repeated viewing. 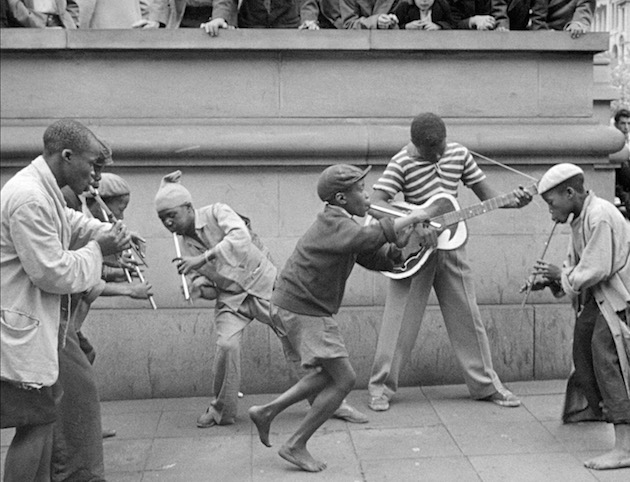 Sobering, and riveting, and heartbreaking. This film should be essential viewing for all South Africans, and Rogosin should be counted among the most esteemed resistance film-makers. Winner of the Critics Award when it premiered at the Venice Film Festival in 1959.

“A heroic film… a film of terrible beauty, of the ongoing life it captured and of the spirit embodied by Rogosin and his fellow artists.” 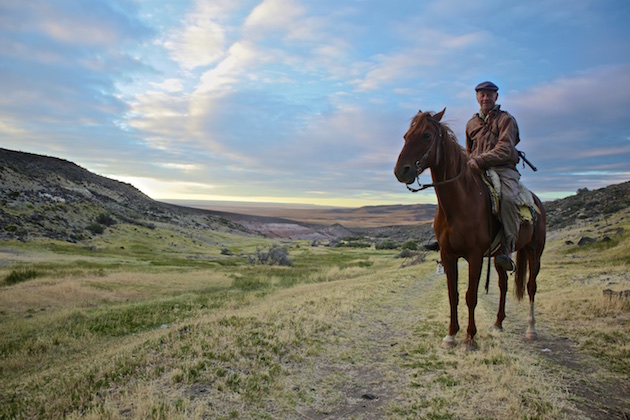 The Boers At The End Of The World

Boers in Patagonia, separated from their homeland by an ocean and a century, finally return to South Africa. Exquisitely shot, intellectually invigorating, and profoundly emotional. 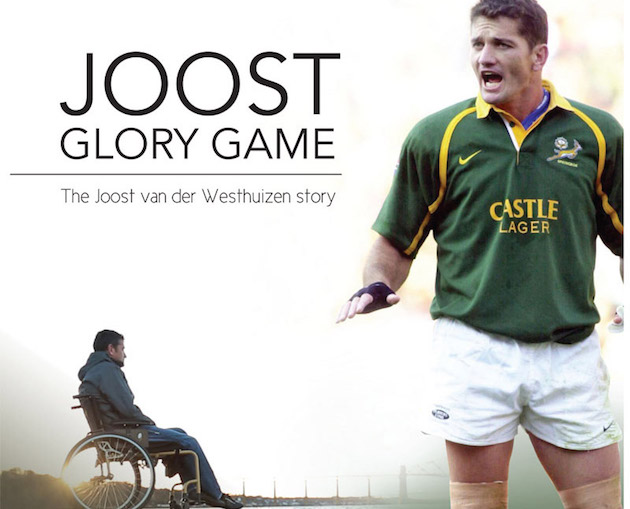 Deeply moving documentary about a fallen rugby legend who battles Motor Neuron Disease, and finds personal and public redemption in his struggle.

Tell Me Sweet Something 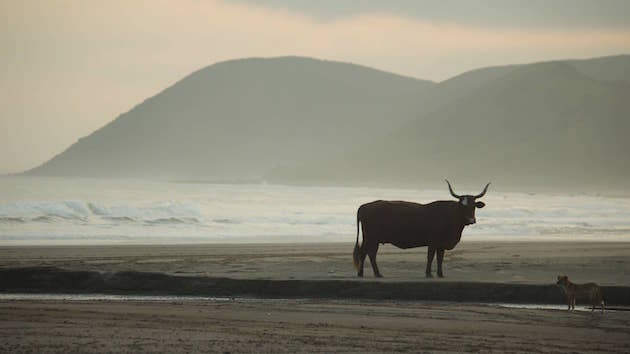 An important documentary about the amaPondo community's fight to determine the nature of development in their lands. As a pastoral community resists the profound changes that inevitably accompany mining interests, we see revealed a far-reaching web of driving factors - individuals, communities, politics, courts, and economics - and no clear denouement in sight.

Do you feel this content is inappropriate or infringes upon your rights? Click here to report it, or see our DMCA policy.
Africa; The Boers At The End Of The World; Glory Game; Tell Me Sweet Something; The Shore BreakSpringbok Cinema; South Africa; best of 2015; The Actor; Chappie; Come Back

More about The Shore Break