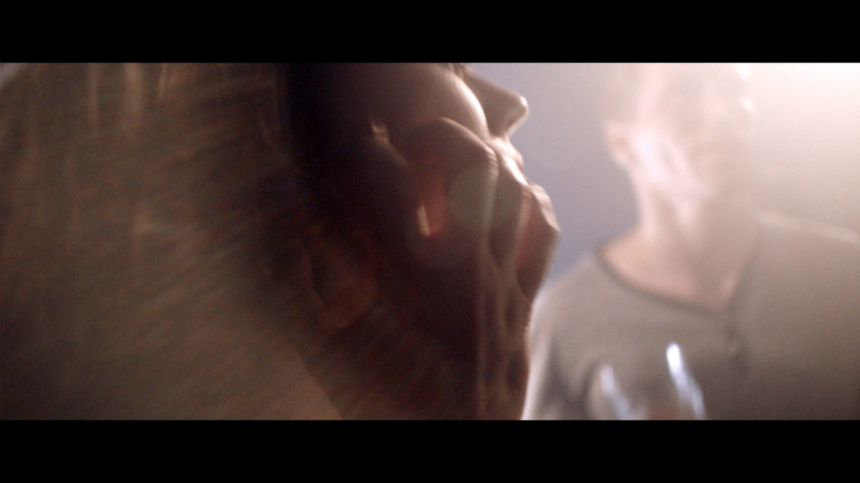 "You just had to be there."

In a post-FOMO (fear of missing out) age this phrase is tantamount to death. "You just had to be there." It's what I said to ScreenAnarchy Editor Ben Umstead as we walked out of the Los Angeles Film Festival back in June, reeling from the kinetic German film Victoria, which won a Silver Bear at this year's Berlinale. "You just had to be there" That's the phrase that encapsulates inside jokes between best friends, parties with Lindsay Lohan, and yes, even this film. While uttering this phrase does enliven your aura with a hue of the elite, does it also rob us of the challenge of transforming an ephemeral experience like watching a film into just words?

"You just had to be there". For days after seeing it, this was the best review I could muster for Victoria. The film's ingenious merging of content and form may be to blame: a young Spanish woman's relentlessly long night on the streets of Berlin is told in one uninterrupted shot, two and one-half hours in length. It's like a night on a drug you've never tried. Constantly you feel one step behind Victoria as she moves from the underground nightclub to the dark streets of Berlin to the back of a bicycle on which she precariously balances. But now as the drug wears off and my eyes start to get clear, my tongue unties, I can finally paint a picture of what I feel is 2015's most immersive film.

As the film opens we hear the deep percussive electronic music colliding against the walls of a dark dank club in Berlin. Almost imperceptible in the blinding white backlight is our protagonist, Victoria (Laia Costa), dancing like a woman who's finally free. Of what? We don't know, but before we can even ask she's off the dance floor and into the bar smiling and preening, looking for a shot of Schnapps. "Are you from Sweden?" She asks the bartender hopefully. "No." He responds.  And it's in that moment that Victoria's loneliness flashes across her face. A melancholy that not even a shot can cure.

The beat bumps on and so does the camera never taking it's eyes off Victoria for fear of losing her in the crowd. As she starts to leave she bumps into Sonnie (Frederick Lau), a drunk yet affable "true Berliner" who meets her gaze as he's being forced out of the club. "Come with me" he says "It's my friend's birthday" he says "You won't want to miss this" he implies. Again the camera stays on Victoria whose every fiber seems to vibrate the refrain of R. Kelly's 1994 classic, Bump N Grind, her mind is telling her no but her body is telling her yes. She takes his hand; and with that we embark on a journey through the streets of Berlin that feels two parts Breathless, one part Run Lola Run. Those films may seem like strange bedfellows but therein lies the genius of director Sebastian Schipper (funny enough, a bit actor in Run Lola Run), who with Victoria has figured out how to marry the disparate elements that make those films unique to create the best poem about lust at first sight, Millennial exceptionalism and escapism, and FOMO (fear of missing out). None of this would be possible without his stunning cinematographer Sturla B. Grøvlen who makes the mundane elegiac and the cinematic theatrical. As a child of the theatre, this is the first time I've seen a film that's given me the same visceral thrill as the stage. The feeling that anything could happen, at any time, with no one there to stop it.

Moreover, this isn't just theatre, it's marathon theatre. As Victoria, Costa displays a Tibetan monk's tranquility within the film's escalating chaos, while bringing nuance to the quieter moments.

There's a moment in the third act where I turned to the person next to me and said, "Are you even ALLOWED to make an actress work this hard?" It is this collaboration between Costa, Schipper and Grøvlen that truly dazzles. How was their work so in sync? How much was trust in the other's work, how much was indebted to rehearsal, to faith... how much was dumb luck?

With Victoria Schipper and co. have dropped a nuke onto the stage of international cinema, daring the rest of the world to come ask them "How is that possible?" I'm sure they'd probably say, "You just had to be there."

Review originally published during the Los Angeles Film Festival in June 2015. The film opens in select theaters in the U.S. on Friday, October 9, via Adopt Films.

Do you feel this content is inappropriate or infringes upon your rights? Click here to report it, or see our DMCA policy.
Frederick LauGermanyLaia CostaSebastian Schipper