Toronto 2015 Review: BLACK Paints A Vivid Picture Of The Violent, Seedy Side Of Brussels 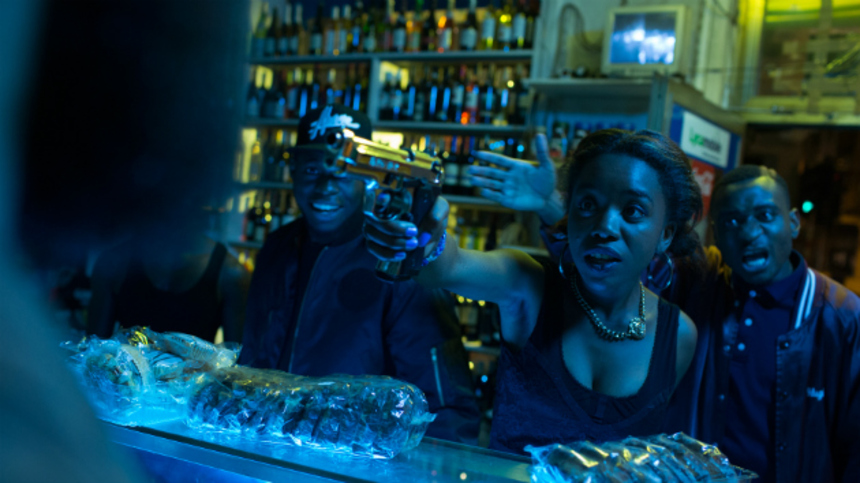 When you're hanging with a posse who murder, steal, rape and share the bed with the same women and commit every crime imaginable, it's time to reassess your life.

Black is a movie you will not forget once you see it. It sandwiches right in between City of God and Shakespeare's Romeo & Juliet. I know it's strange to place a movie in between these two stories, but it should paint a picture of the poetic violence that's in store for Black.

Black is based on Dirk Bracke's novels Back/Black and follows two clashing gangs in Brussels, a group of Black Belgian nationals who call themselves The Black Bronx and a bunch of Moroccan thugs. Every gangbanger is young and naive and enjoys antagonizing and beating the shit out of their enemies.

The opening scene follows a goon who smashes a lady's car window in broad daylight with her still in it and snatches her purse. It's one of many scenes that show how hungry these kids are for trouble, money, and power. They all have an appetite for anarchy and feed off destruction and the pain of their rivals.

Things change and get real ugly when the leader of The Black Bronx discovers one of his crew, the innocent and vulnerable Mavela (Martha Canga Antonio), has fallen in love with one of the Moroccan boys, Marwan (Aboubakr Bensaihi). Since meeting Mavela, Marwan is trying to walk the straight and narrow path, but trouble always seems to find him. 'You can take a gangster out of the hood, but you can't take the hood out of a gangster.' Etc. & etc.

Let this sink in: in the above paragraph, I described the Moroccan as a boy. Both gangs are babies, and the oldest can't be more than 18. We make most of our worst decisions before we become adults -- we're young, often ignorant, and death isn't on the mind -- so imagine growing up around bloodshed and the only way to make a buck is to hurt, kill, or steal.

Black is one-of-a-kind. Most of it was filmed in the perilous parts of Brussels -- Matongé and Molenbeek -- and all actors were plucked from the streets, meaning they're non-professionals, and this is their first time in front of a movie camera. (I am told there were two real shootings during production and one of the actors was arrested for a separate incident.) Co-directors Adil El Arbi and Bilall Fallah must have giant balls of steel.

I haven't read the books, but it's clear the film's title isn't just to describe the skin color of one of the gangs. This movie is dark, dirty, and dangerous. The tension holds a tenacious grip and Black is a movie that will rattle your nerves and cut right to the bone. It never lets go of the ominous feeling something very, very bad is about to happen. It's a stressful watch but quite the eye-opener -- this is fictionalized crime about real crime happening every day all over the world, perhaps right now, while you're reading this.

Black's motif is crystal clear: eat or be eaten. Once you fall into the lifestyle of a hoodlum, there's no turning back. Black will do for Belgium what Gomorrah did for Italy, what City of God did for Brazil, and what virtually every Martin Scorsese gangster picture does for America.