J Hurtado
Editor, U.S. ; Dallas, Texas (@HatefulJosh)
Tweet Post Submit
Our good friends and MVD and Arrow Video USA have graciously provided ScreenAnarchy with yet another amazing prize pack for our readers. If you've been reading our reviews, you know how amazing these releases are, and here's your chance to own them!

Up for grabs are Nico Mastorakis' Island of Death, Borowczyk's The Strange Case of Dr. Jekyll and Miss Osbourne, and the limited edition releases of Brian Yuzna's Society and Hasebe Yasaharu's Retaliation! If you weren't convinced before, check out the specs below (provided by Arrow Video USA) and the associated reviews. These are amazing releases, and they can be yours with just a simple e-mail.

No fancy schmancy contests or trivia. Just let me know that you want in! Send an email to josh [at] ScreenAnarchy [dot] net with Arrow Giveaway Part 2 in the subject line. In honor of our upcoming celebration of Independence, I'll pick one winner on July the 4th. Get your entry in! This contest is limited to the US only. 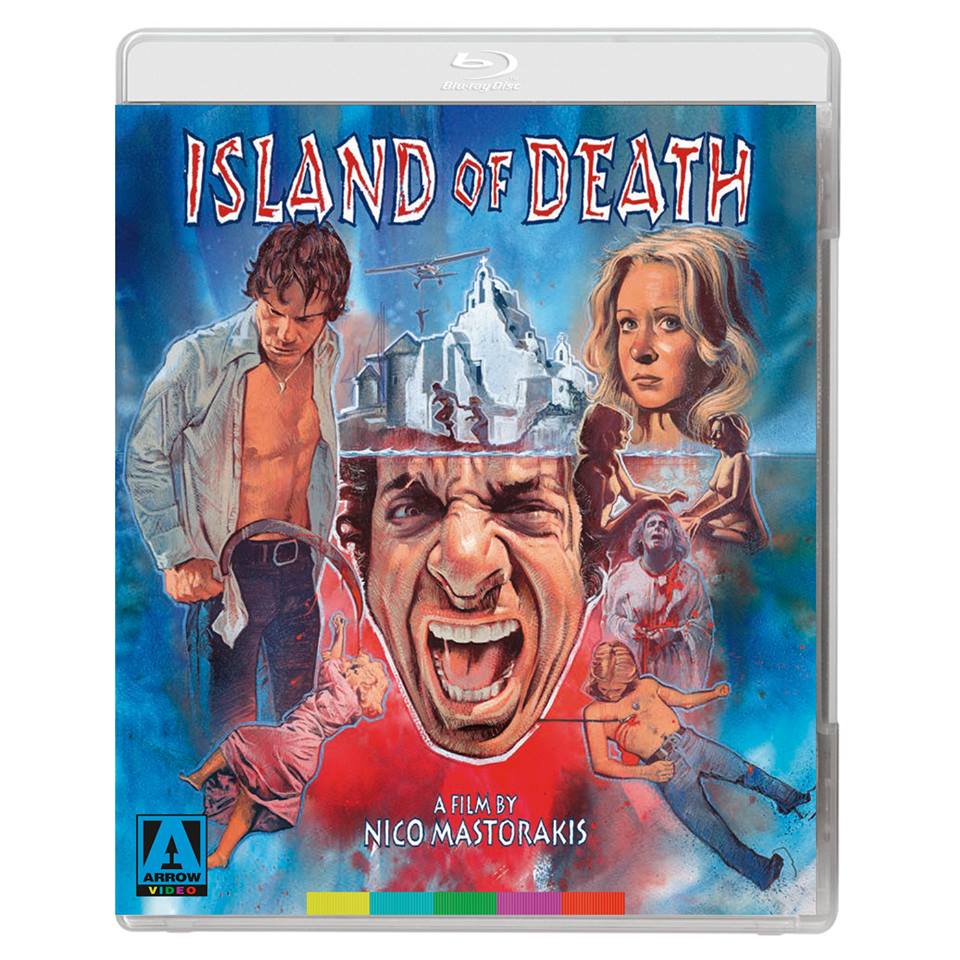 Synopsis: THE LUCKY ONES GOT THEIR BRAINS BLOWN OUT!!

Welcome to Mykonos, the holiday destination of choice for sun, sea and slaughter! From cult director Nico Mastorakis, Island of Death is a travelogue of atrocities with scenes so strong that the British Government was once compelled to ban it as a “video nasty”.

Arriving on the idyllic Greek island, Christopher and Celia appear to be every inch the perfect, handsome young couple. Little do the welcoming locals realise that they are in fact a pair of murderous degenerates, determined to spread their own particular brand of perversion across the island. DIY crucifixions, opportunistic bestiality, sexual peeing and murder by all conceivable forms ensue – including death by makeshift blowtorch, samurai sword, dump truck and more!

Shocking, brutal and totally politically incorrect in its outlook, Island of Death is a gruelling cinematic experience devised by director Mastorakis to out-do the excesses of The Texas Chain Saw Massacre, which he was hugely inspired by. Now fully uncut and newly-restored from the original negative, fans can enjoy Island of Death in all its sleazy, lurid glory. Synopsis: “Potent and poetic, mischievous and macabre, Borowczyk’s film shows how many imaginative worlds the horror movie can open up when the right artist holds the keys” (Nigel Andrews, Financial Times)

It’s the engagement party for brilliant young Dr Henry Jekyll (Udo Kier) and his fiancée, the beautiful Fanny Osbourne (Marina Pierro), attended by various pillars of Victorian society, including the astonishing Patrick Magee in one of his final roles. But when people are found raped and murdered outside and ultimately inside the house, it becomes clear that a madman has broken in to disrupt the festivities – but who is he? And why does Dr Jekyll keep sneaking off to his laboratory?

We know the answer, of course, but Walerian Borowczyk’s visually stunning adaptation of Robert Louis Stevenson’s much-filmed tale is crammed with wildly imaginative and outrageously perverse touches characteristic of the man who scandalised audiences with Immoral Tales and The Beast, not least the explicitly sexualised nature of Mr Hyde’s primal urges. 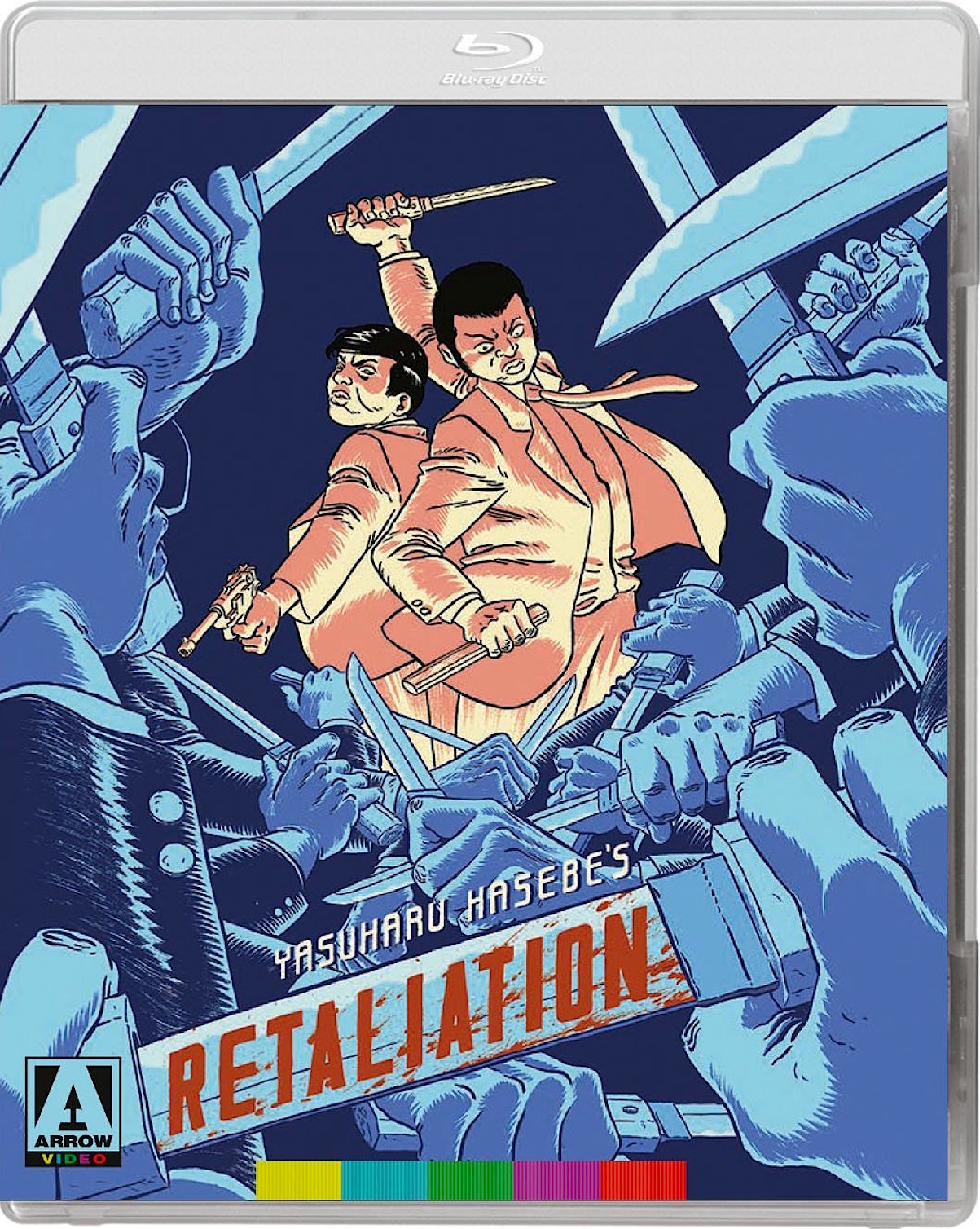 Synopsis: In 1969 future sexploitation specialist Yasuharu Hasebe (Stray Cat Rock: Sex Hunter) teamed up with the inimitable Jô Shishido (Branded to Kill, Youth of the Beast) for a follow up to their yakuza hit Massacre Gun.

A tale of gang warfare that features a raft of the period’s most iconic stars, Akira Kobayashi (Battles Without Honor and Humanity, The Flowers and the Angry Waves) is a yakuza lieutenant who emerges from jail to find his gang dispersed and his aging boss in his sickbed. Shishido is the rival waiting to kill him and a young Meiko Kaji (Lady Snowblood) is the girl caught in the crossfire.

Gritty and cynical, Retaliation is a hardboiled precursor to Kinji Fukasaku’s revisionist yakuza pictures of the 1970s. 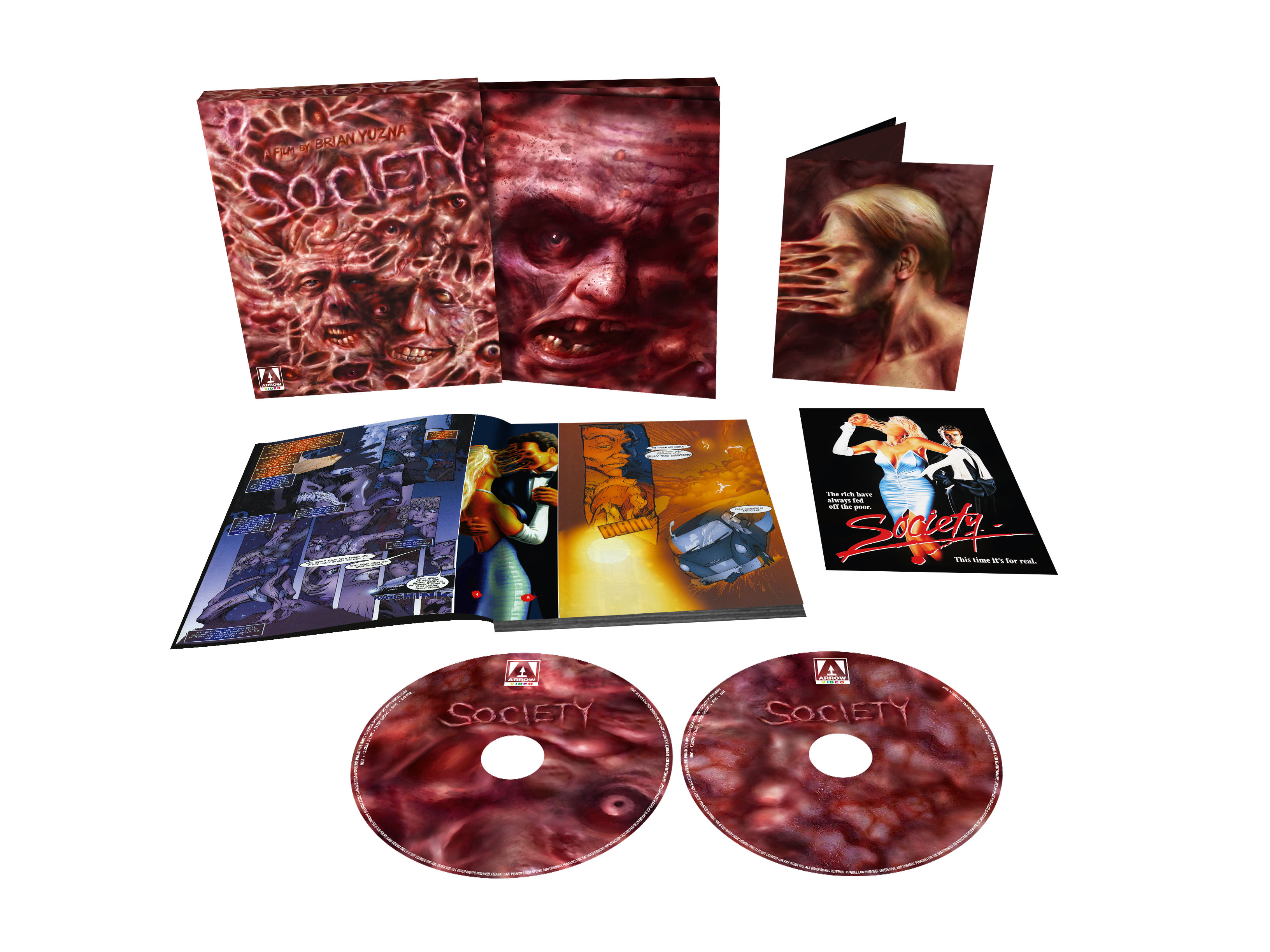 Synopsis: IT IS A MATTER OF GOOD BREEDING. REALLY.

After producing Stuart Gordon’s hit Re-Animator, Brian Yuzna (Bride of Re-Animator, Return of the Living Dead III) turned his hand to directing with 1989’s Society, and gave birth to one of the ickiest, most original body horror shockers of all time.

Packing stomach-churning grue and thought-provoking social commentary in equal measure, Society is a biting horror satire which culminates in one of the most gag-inducing “climaxes”’ in all
of horror history.

More about The Strange Case of Dr. Jekyll and Miss Osbourne