Terry Gilliam Is Tilting At Windmills Again, This Time With Amazon Money 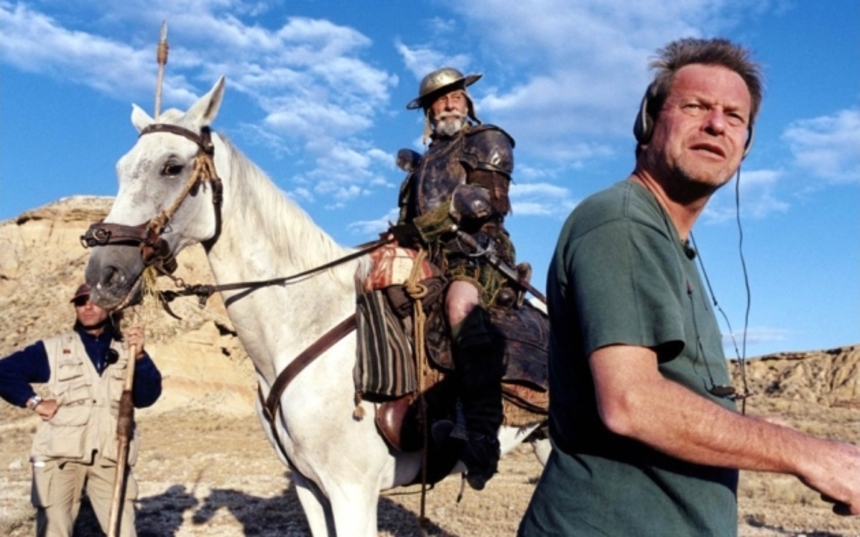 Terry Gilliam's abortive attempts to make his big screen riff on Cervantes' famous novel are well documented in the wonderful film, Lost in La Mancha. But at various film Q&As and other settings, people have been asking the director for years if he would ever attempt it again. And Gilliam has always been forthcoming that he would, some day return to making The Man Who Killed Don Quixote.
And that day is apparently here, in an interview with Indiewire, Gilliam has indicated that Amazon is ponying up the cash and giving him the artistic freedom he desires. The film is to shoot in 2016 with John Hurt in the leading role, with a theatrical release followed by an Amazon-only streaming release.
The article quotes Gilliam as saying, "Amazon and the like are interesting because they are all still in their formative stages," he said. "They're not a bureaucracy that has been around for years like the studio system, and so they're full of people that are open to new and fresh ideas. So it's a good time to be working with people like that."
Good weather and karma, TBD.
Sign-In to Vote
Tweet 0 Submit

To quote Graham Chapman, a fellow Python: "I have learned from my mistakes, I can redo them all again..."

John Hurt was always a better decision. Cool Doco anyway. Not as good as Heart of Darkness, but fun.

Finally! And might I add, nice. I'm with James, Hurt's a damn fine choice. Does anybody know if Jack O'Connell is officially a part of the cast? That fella can act!

Wondering if Johnny Depp is involved, like he said he would try to be if Gilliam got the project up and running again.

I'm assuming the "Amazon-only streaming" refers to the film's theatrical and VOD release, and that there will be a DVD/Bluray release for the film at some point?