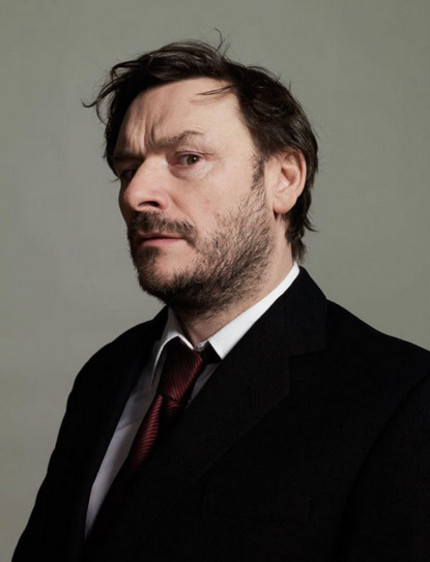 Rejoice, you fans of The Mighty Boosh! For leading man Julian Barratt has reunitied with Boosh cohort Simon Farnaby and Steve Coogan's Baby Cow Productions on a new feature film titled Mindhorn. and, yes, it sounds every bit as odd as you would hope with that collection of talent:

When MI5 Special Operative Bruce Mindhorn was captured in the late 1980s, his eye was replaced by a super-advanced optical lie detector, which meant he could literally "see the truth." He escaped and fled to the Isle of Man, to recuperate in the island's temperate microclimate, and today has become the best plain-clothes detective the island has ever seen.

Barratt plays the title role himself and while no other cast has been officially announced the general regard with which Barratt is held in UK comedy circles combined with the involvement of Baby Cow ... well, it does lead one to speculate. Theater director Sean Foley makes his big screen debut, with the film scheduled to begin production at the end of July.