MINDHORN: Julian Barratt Can See The Truth In Trailer For UK Cult Comedy 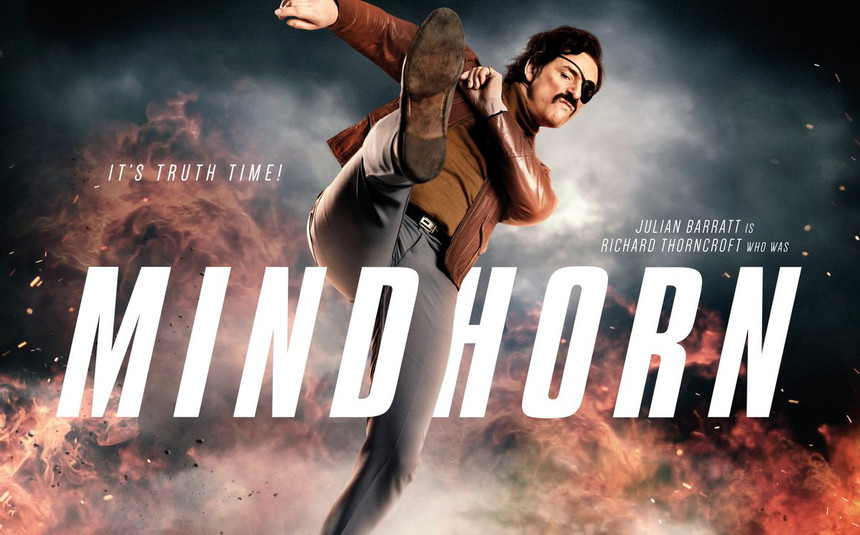 The Mighty Boosh and Nathan Barley star Julian Barratt stars as the greatest detective who has never actually existed in upcoming UK comedy Mindhorn. Barratt and his former Boosh cohort Simon Farnaby wrote the screenplay for this one and their very odd stamp is evident throughout the tale of a washed up actor called in by police to take on his most famous role - a television detective with a bionic eye that enables him to see the truth - when a serial killer preying on the Isle Of Man insists on speaking only to the fictional character.

Washed-up Richard Thorncroft (Julian Barratt) peaked with hit 1980s detective show Mindhorn, playing the titular Isle of Man sleuth with a robotic eye that allowed him to literally “see the truth”. Decades later, when a deranged Manx criminal demands Mindhorn as his nemesis, Thorncroft returns to the scene of his greatest triumphs for one last chance to reignite his glory days, professional credibility and even romance with former co-star/paramour Patricia Deville (Essie Davis).

Barratt is an enormous figure in the UK comedy scene and you can see his influence in the range of people lining up to take on support parts here. Yep, that's Steve Coogan in there. And, yep, that's Kenneth Branagh, too. The first trailer has arrived and this looks like utterly gonzo fun. Check it out below.

Do you feel this content is inappropriate or infringes upon your rights? Click here to report it, or see our DMCA policy.
Kenneth BranaghMighty BooshSteve CooganTrailer